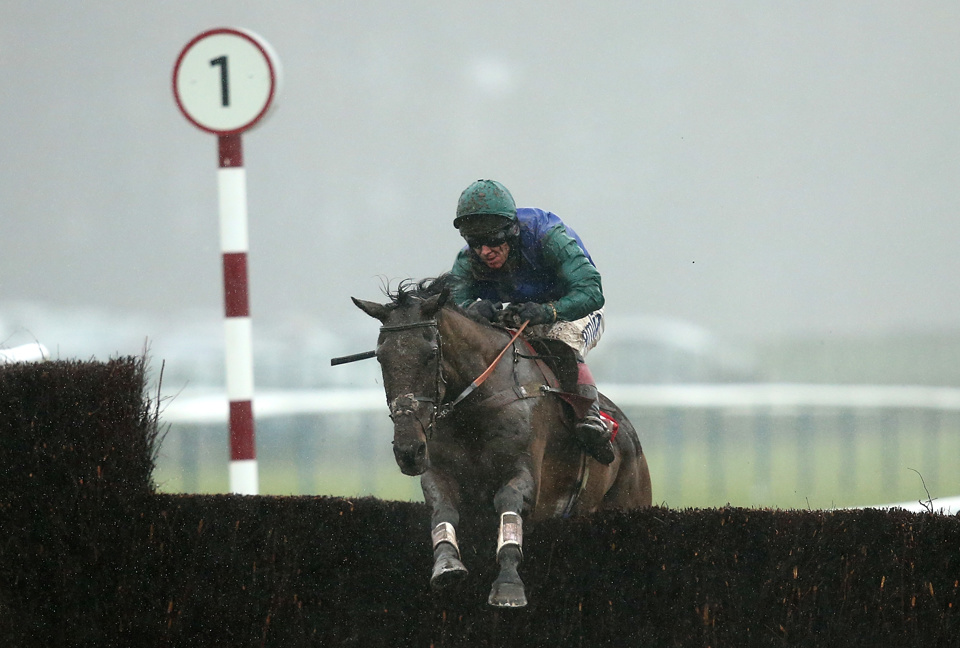 The Grand National Trial at Haydock Park is one of the feature races in the middle of February, and is an ideal race for those trainers looking to give their Grand National contenders a prep run before heading to Aintree for the marathon showpiece in April. You can find the latest odds for the 2020 Grand National Trial here a little closer to the time.

This year's renewal is a tricky one to assess, and several contenders look to be on high enough marks. With that in mind, it looks worth siding with the improving Lord Du Mesnil, who's racked up a hat-trick of successes over fences. He's improved a whopping 32 lb so far this term, and course form is assured considering he picked up two valuable wins in the space of 10 days here over the festive period. He's off a career-high mark as a consequence, but conditions will suit, and there may be more to come from him yet.

What is the Grand National Trial?

The Grand National Trial is a race run at Haydock Park over three miles, four furlongs and 97 yards and takes place in February. A Grade 3 handicap chase open to horses aged five years and older, it's a race that can throw up a classy winner that can often been seen bidding for Grand National glory at Aintree.

Established in 1947, the Grand National Trial may have struggled to produce Aintree Grand National winners of late, but with its marathon test only seeing the best stayers prevail then it can prove to be an ideal preparation for a contest that is extremely tough to win.

With it being a handicap contest, then it's paramount that your horse has an eye-catching weight to carry, as with such energy-sapping conditions then it's hard to land glory if you are too high up in the handicap./

What happened in the 2021 Grand National Trial?

Richard Hobson's Lord Du Mesnil showed sensational guts to beat Achille in a thrilling renewal of the Grand National Trial at Haydock. In front at the final fence, Lord Du Mesnil lost momentum after the final obstacle and handed the initiative to the staying-on Achille, who put his head in front. But the grey was unable to maintain the lead as Lord Du Mesnil rallied up the run-in to claim a fine victory and enhance his reputation as a stayer to watch.

💪 Lord Du Mesnil is all heart!!

What a brave performance from @RHBloodstock's stable star who defies a slipping saddle & myriad rivals to land the £75,000 Grand National Trial at @haydockraces under Paul O'Brien https://t.co/qYypTKI5fV

The history of the Grand National Trial

Since its inception in 1947, the Grand National Trial is one of the most exciting staying handicap chases on the calendar, and has been a breeding ground for stars of the future.

A Grade 3 handicap chase, which has an notable prize fund going to the winner, it's no shock that down the years it has seen some classy performers line up, and none more so than the mighty Red Rum, who stormed to victory in the 1975 Grand National Trial.

Cool Ground (1992), Party Politics (1993) and Master Oats (1994) enhanced the race's reputation with all three names tasting victory during their illustrious career, while more recently Silver By Nature won back-to-back renewals in 2010 and 2011.

Who is the most iconic winner of the Grand National Trial?

It's hard to veer away from the mighty Red Rum, who bounded to victory in the 1975 Grand National Trial for jockey Brian Fletcher and trainer Ginger McCain.

With two Grand National wins at Aintree to his name in 1973 and 1974, Red Rum was already a legend of the sport when he won this race in 1975, but he will still continue to excel over marathon tests and went on to win a third Grand National at Aintree in 1977.

Are there any trials for the Grand National Trial?

The likes of the Rowland Meyrick Handicap Chase and Peter Marsh Handicap Chase could prove to be two notable trials for the Grand National Trial, but the race is often a contest that is a test to see if a horse is good enough to be targeted at Aintree in April, so horses can warm up for a run at Haydock Park in this event at various venues, so it's hard to give out clear trials.

Who is the most successful jockey in the Grand National Trial?

Peter Buchanan has ridden the winner four times and he can thank Lucinda Russell for three of his wins, as he piloted Silver By Nature to glory twice and also Lie Forrit in 2015. Buchanan's first win in the race came in 2005 onboard the Richard Ford-trained Forest Gunner, who grabbed victory in the race in fine style

Who is the most successful trainer in the Grand National Trial?

Fred Rimell and Lucinda Russell have both tasted victory in this race three times during their training careers. Rimell's standout winner was the legendary Andy Pandy, who won the 1977 Grand National Trial, while Russell saddled the aforementioned Silver By Nature to back-to-back wins in the race.

Today's Racecards
Advert Disclaimer
Horseracing.net is a free online resource which endeavour to provide helpful and useful content and odds comparison to its visitors. Please be advised that Horseracing.net accepts affiliate commission from the companies appearing on the site, and agreed commission levels impact the location and order in which the companies (and/or their products) are presented on the website. Any ratings that appear on this site is determined by our subjective opinion of the brand but also based on market share and reputation, each brand's conversion rates, commission paid to us and general consumer interest. Company listings on this page don't imply our endorsement. We do not feature all providers on the market. Except as expressly set forth in our terms and conditions, all statements and warranties regarding the information presented on this page are disclaimed. The information, including odds, which appear on this site is subject to change at any time.