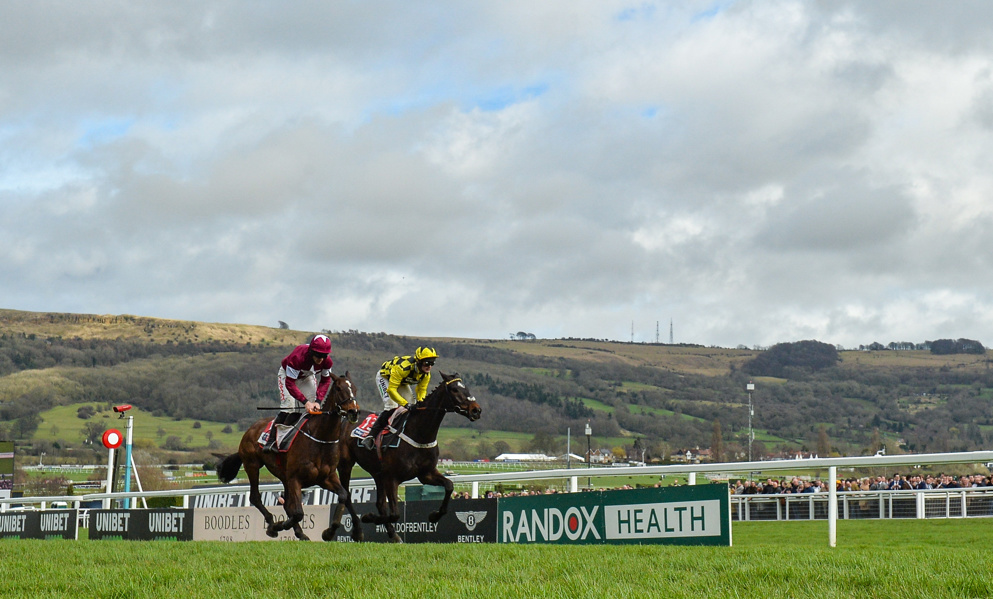 Steve Chambers takes a long range look at the Champion Hurdle following the release of the entries, and he picks out his best bet for the Grade 1 event, which takes place on the first day of the 2021 Cheltenham Festival...

Defeat in the Christmas Hurdle certainly blotted Epatante's copybook on Boxing Day, but the Nicky Henderson-trained mare still sits comfortably clear at the top of the Champion Hurdle betting despite that Kempton Park defeat, and she will be the one to beat on the opening day of the Cheltenham Festival on March 16.

A revelation last season over timber, Epatante ended the season in spectacular fashion by bounding to a three length victory in the Champion Hurdle and she will look to emulate her stablemate Buveur D'Air by landing back-to-back wins in the Tuesday Championship showpiece. However, last season she headed into the Champion Hurdle on the back of a facile win in the Christmas Hurdle, but defeat in the 2020 renewal to Silver Streak has left a cloud hanging over her.

Instantly eased in the Champion Hurdle betting following her Kempton loss, Epatante will look to recapture the form she showed when easing to a hugely impressive win in the Fighting Fifth Hurdle in her comeback reappearance. That day at Newcastle she travelled serenely for Aidan Coleman before pulling four and a quarter lengths clear of Sceau Royal on the bridle, so she has shown that on her day she is still a real class act.

Trading around the 9/4 mark at the time of writing, Epatante is entitled to be a hot favourite for the Champion Hurdle as she was extremely dominant in last year's renewal, and a return to Cheltenham should see her at her best, but that Christmas Hurdle loss will have many doubting whether she is in the same form this year. A mid-race mistake certainly hindered her chances considerably in the Christmas Hurdle, so Epatante fans will be hoping that she can produce an error-free round of jumping and the smooth travelling mare will certainly be thereabouts as they turn for home.

There's no doubting that Epatante is the class act of the race, but at 9/4 is she a betting proposition at this current time? The simple answer is no! She could well go and outclass her rivals in the premier hurdle showpiece, like she did last year, but there are a plethora of notable rivals ready to take her on, and there could be some more attractive value elsewhere for punters.

Silver Streak produced a spectacular career best to down Epatante in the abovementioned Christmas Hurdle, and the Evan Williams-trained grey will look to frank that form in the Champion Hurdle, and he is hovering around the 10/1 mark. Having been carried out in the early stages of the Fighting Fifth Hurdle, Silver Streak then made amends with a faultless, front-running display in the Christmas Hurdle. However, he has failed to get his head in front on his five previous visits to Cheltenham (second in 2020 International Hurdle), and it's hard to see him being given a soft lead like he was at Kempton. Silver Streak is sure to put up a bold effort for victory, and it's his consistency at the top level that has earned him plaudits, but ultimately he will struggle to deliver in a fiercely run Champion Hurdle, and Epatante can duly reverse their Kempton form.

Five of the last eight winners of the Champion Hurdle have been trained in Ireland, and all being well the Coronavirus pandemic won't stop horses travelling over to Prestbury Park from the Emerald Isle, but providing the Irish can unleash their strong challenge, then that charge will be spearheaded by last year's runner-up Sharjah.

Having travelled smoothly into last year's event, Sharjah was just unable to live with the hugely impressive kick of Epatante in the closing stages, but the Closutton inmate showed when scooting clear of the likes of Aspire Tower, Saint Roi and Abacadabras in the Grade 1 Matheson Hurdle at Leopardstown that he has maintained a high level of form, and he could be one of the biggest dangers. Around an 8/1 shot, at the time of writing, Sharjah will no doubt be held off the pace once again in this year's event, but he will need to be a little closer the lead if he is to make a challenge up the hill. While he picked up for Patrick Mullins last season, Sharjah lacked the kick of Epatante, so it's hard to see him having the class to down the Seven Barrows raider and will have to settle for minor honours once again.

27 entries have been received for the 2021 Champion Hurdle and away from that aforementioned triumvirate the betting is wide open with the rest of field etched in at double-figured prices. Twelve Irish entries have been received and while Sharjah may be the premier challenger there are a host of eye-catching contenders. Last year's Triumph Hurdle runner-up Aspire Tower has progressed into a smart hurdler this season, and he showed when beating Abacadabras in the Grade 2 WKD Hurdle at Down Royal. However, he was no match for Sharjah in the Matheson, and it's hard to see him turning that around.

The aforementioned Abacadabras was narrowly denied by red-hot Arkle favourite Shishkin in last year's Supreme Novices' Hurdle, and at 20/1 he makes significant interest. Having been beaten in the WKD Hurdle, Abacadabras bounced back to form with a narrow victory over Saint Roi in the Grade 1 Morgiana Hurdle at Punchestown, which is top class form and a repeat of that should see him go close here. He disappointed in the Matheson, but he scoped dirty in the aftermath of that race, so that disappointing run can be ignored. His first visit to the Cheltenham Festival came in 2019 when he finished fourth in the Champion Bumper behind Envoi Allen, while he built on that with a fine second in last year's Supreme, and a return to GL50 should see him at his best, and he could easily run a huge race and at least bag a place, so is the each-way value of the Irish contingents.

Available at 25/1, former dual winner Buveur D'Air has been handed an entry by the Henderson team, but having not been seen since the 2019 Fighting Fifth Hurdle then he is one to ignore at the current stage, while top notch four-year-old Goshen has failed to build on a fine juvenile campaign, which ended in heartbreak in the Triumph Hurdle with a final flight fall, and Gary Moore's charge is best watched at the moment after he flopped in the International Hurdle.

Song For Someone is a solid yardstick and the Tom Symonds-trained raider is in the form of his life as having won the Coral Hurdle at Ascot he then went on to win the International Hurdle, and he will add significant depth to the race. A 20/1 chance, Song For Someone will need to continue on an upward curve to land this prize, but along with Silver Streak he is one of those consistent performers that should put up a bold bid, but will ultimately lack the class to claim victory.

Willie Mullins hasn't won this race since 2016 when Annie Power stormed to victory and the master of Closutton's charge will be headed by Sharjah, but Saldier is an eye-catching outsider as the 2019 Morgiana Hurdle winner showed that day that he is a classy performer, but could only finish sixth of seven in the Matheson Hurdle over the Christmas period.

Both Honeysuckle and Concertista hold entries for the Champion Hurdle, but they are both likely to head down the Mares' Hurdle route, so it's a contest that should be fought out by those contenders listed above and while Epatante is certainly a solid option, the value lies with Abacadabras, who can at least make the frame in what looks a fascinating renewal.