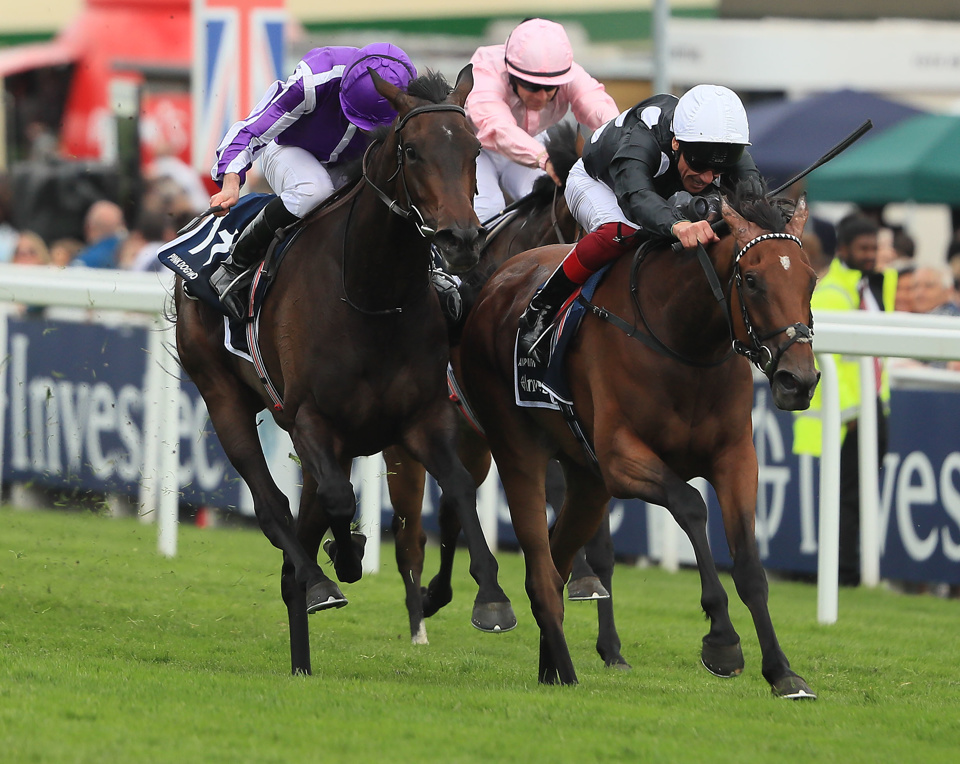 Aidan O'Brien will attempt to win his fifth Cazoo Oaks in seven years on June 3, and the master of Ballydoyle will have a leading contender in the shape of Tuesday, who ran a decent trial in the 1000 Guineas on Sunday, and she is a prominent figure in the betting. In the aftermath of the 1000 Guineas at Newmarket, we take a look at the latest betting for the fillies' Classic here...

Backed into 4/1 for the 1000 Guineas, Tuesday was expected to be the second string behind the hot favourite Tenebrism, but with the latter failing to land any sort of blow it was Tuesday that was the most prominent O'Brien-trained contender, but she could only finish third to the George Boughey-trained Cachet, who bagged the prize at 16/1.

However, Tuesday put up a more than creditable display to grab the bronze medal, and she just struggled to quicken at the crucial stage of the race, and the daughter of Galileo should benefit for the step up in trip for the Oaks, and she is now a best-priced 4/1 for the Epsom Classic in a month's time. Bred to stay a mile-and-a-half, the Naas maiden winner was only making her third career start at Newmarket, so there should be plenty of improvement to come, and she has to be a leading player for the Epsom showpiece in early June.

Challenging her for favouritism at the head of the betting is the John & Thady Gosden-trained Emily Upjohn who was a fabulous nine-and-a-half length winner of a novice event at Sandown Park two weeks ago, and with her only having her second career run then the daughter of former Derby hero Sea The Stars is sure to continue on an upward curve, and she is also available at 4/1, as the pair dominate the head of the betting.

Very few are likely to feature prominently in the Oaks who ran in the 1000 Guineas last weekend, but the disappointment of the entire Newmarket event was the fact Inspiral didn't feature, as she was taken out in the week leading up to the event, but last season's Fillies' Mile winner, who beat Cachet in that Group 1 event, is as big as 12/1 for the Oaks. The unbeaten Frankel filly may not be targeted for the race, but she has shown she's all class and is certainly one to watch for the coming season.

There was a fine winner of the Pretty Polly Stakes at Newmarket on Sunday as the Charlie Appleby-trained With The Moonlight stormed to an emphatic victory, and the Godolphin raider was duly from a whopping 33/1 for the Oaks to an 8/1 chance, so she has to be considered a major player for the next Classic on the British calendar.

Of the others that feature prominently towards the head of the Oaks betting, Andre Fabre's French raider Agave won a Group 3 race in April and is available at 10/1, while the likes of Life Of Dreams (10/1), Nashwa (12/1) and Concert Hall (12/1) are another classy three-year-old triumvirate that could well launch themselves into the limelight with Epsom glory in a month's time.