Becher Chase Tips: The Lion can roar again at Aintree 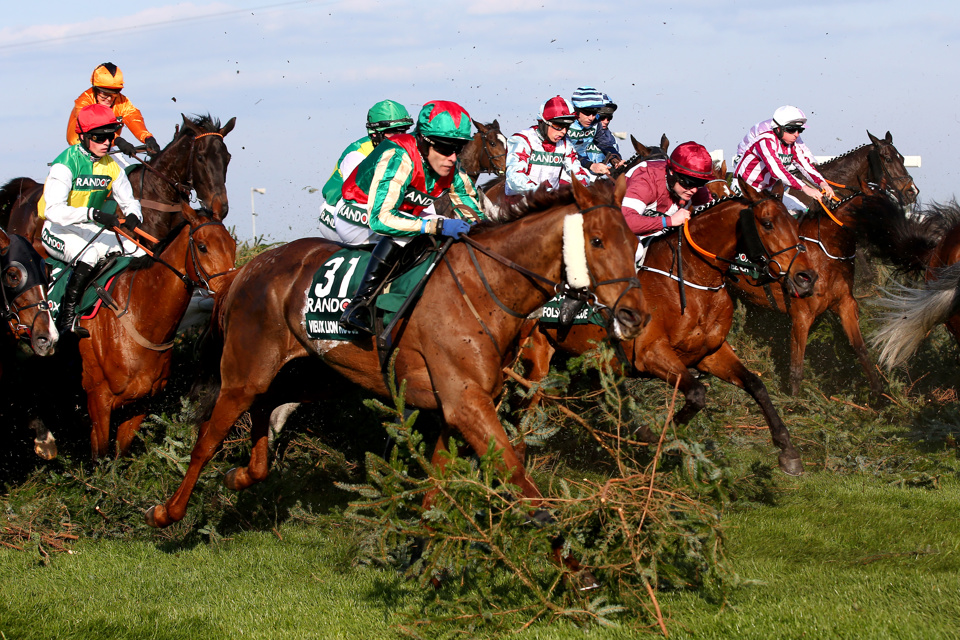 A regular over the National fences, Vieux Lion Rouge won the Becher Chase in 2016.

Sean Raymond previews Saturday's Becher Chase at Aintree, and picks out his best bet at this stage...

The sight of the finest jumps horses in training flying over the Grand National fences at Aintree is always a spectacle to behold, and that will certainly be the case this weekend, as the Liverpool venue plays host to the Becher Chase.

The Grand National it isn't, but the Becher remains a special race for racing fans to soak up, both as an important contest in its own right but more importantly as a key trial for the big race back at the same venue in April. A host of potential National runners are engaged as you would expect, with the betting wide open at the time of writing and any number of horses holding solid claims.

The race distance of three miles and two furlongs may not quite be the stamina-sapping four and a quarter mile trip of the National, but it still takes some getting, especially in the expected soft ground. Jumping will as always be key though over the biggest obstacles in the sport, and we're likely to see a number of specialists in the frame.

Mulcahys Hill is currently at the top of the market, on what will be his first try over the National fences. An excellent novice chase win at Cheltenham caught the eye back in October, and a mark of 144 looks fair enough for a horse with plenty of class, although having to negotiate fences like The Canal Turn for the first time is always a slight worry for punters.

Ballyoptic is a similarly classy animal, as he proved when winning the Charlie Hall Chase at the beginning of November, and he can't be ruled out here, though his jumping remains a slight concern having fallen on his only two tries over these fences. Definitly Red and Alpha Des Obeaux are two more high-class horses in the race, but both arrive here on lofty marks, and the feeling is that the handicapper probably has his vice-like grasp on them at this stage of their careers.

Walk In The Mill wins the Becher Handicap Chase at @AintreeRaces! https://t.co/1Bd3vszTpL

Next up we come to a series of Aintree specialists, who always seem to be in the frame on the big days at the Liverpool venue.

Chief among those is certainly the brilliant One for Arthur, who famously won the Grand National itself in stunning circumstances back in 2017 for Lucinda Russell. Injury problems have plagued him since, but a sixth-placed finish in the 2019 National was a remarkable comeback performance, and connections are clearly looking to head back to the world's most famous steeplechase in 2020.

His current mark of 149 looks fair enough and it would be a major surprise if the former Aintree hero was out of the frame, but you get the feeling that his big target is still a few months away.

Walk In The Mill won this race last year and should run well again for Robert Walford, though he has more to deal with at the weights this time out, while Vintage Clouds continues to look like he has a big one in him at some stage - though his propensity to disappoint is becoming a slightly worrying habit for those punters considering parting with their hard-earned pennies.

Taking that all into account, our selection this year is another former Becher winner in the form of Vieux Lion Rouge.

The David Pipe-trained stalwart has enjoyed a remarkable record over the Grand National fences during his career, with a form history of seven consecutive finishes over the world famous fences. The ten-year-old seems to come alive in Liverpool, and a win at Chepstow on reappearace this season confirmed that there is still plenty of fire in the belly of a horse who has been around the block more than once.

The Grand National has tended to stretch his stamina to breaking point, meaning that the Becher Chase is the ideal race for a horse who tends to travel into his races like a Rolls Royce. The popular chaser was triumphant in the 2016 Becher off a mark of 142 and was second last year off 146, meaning he is more than capable of being hugely competitive once again off of his current assessment of 145.

Connections will surely know that Vieux Lion Rouge has likely missed his best chance to win the big one in the spring, and this weekend's race could be the main target for him this season. Punters know they will be backing a horse that will jump and stay, and as such it is the 2016 winner who is fancied to roll back the years and claim a second win back at his favourite venue.