Champion Chase Pointers: How good a guide is the Clarence House? 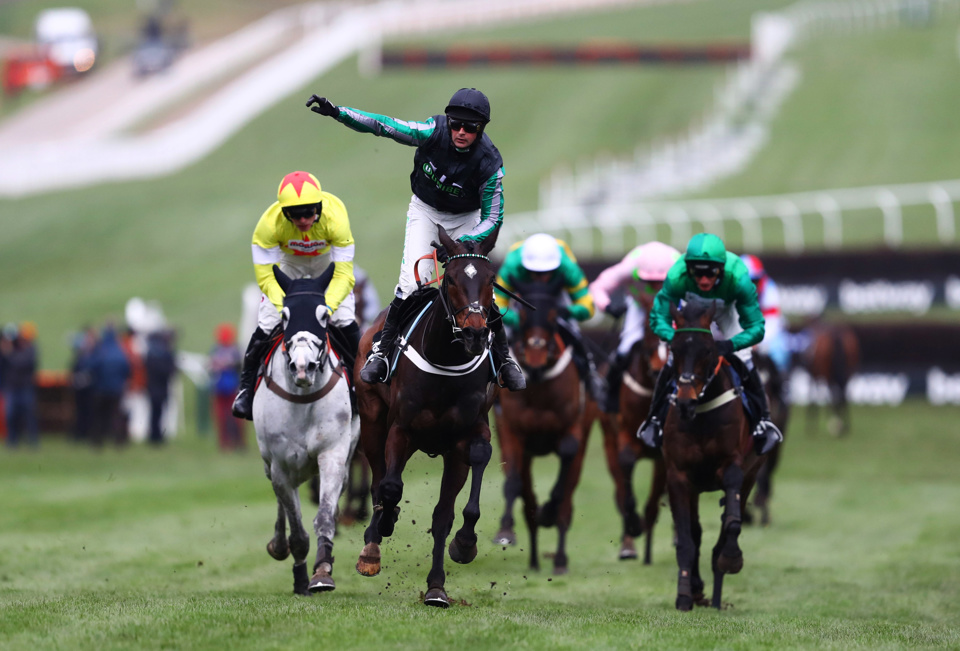 Altior was the last horse to win the Clarence House Chase and Queen Mother Champion Chase in the same season.

Steve Chambers looks back at the statistics and history of the Clarence House Chase and asks whether the Ascot Grade 1 is a good guide to the Champion Chase at the Cheltenham Festival...

We are set for a thrilling renewal of the Clarence House Chase on Saturday as reigning Queen Mother Champion Chase hero Politologue will take on the classy duo of Waiting Patiently and Defi Du Seuil in what should provide some vital clues for the Champion Chase, which is set to light up the Cheltenham Festival on March 17.

One of the premier trials in the National Hunt calendar, the Clarence House Chase (formerly known as Victor Chandler Chase) has been won by some of the most iconic two-mile chasers in living memory, with some of those going to claim Championship glory at the Cheltenham Festival in the spring.

But, how good a pointer is the Clarence House Chase for the Queen Mother Champion Chase?

Firstly, it must be mentioned that originally the race was run as a handicap before it was ceased as a handicap in 2007, but since the late 1980s when it was first held it has still thrown up some vital pointers for the Champion Chase. The first winner of the race was the mighty Desert Orchid, who claimed glory in 1989, but the first to do the Clarence House/Champion Chase double was the David Nicholson-trained Viking Flagship, who achieved the feat in 1994 having won the Clarence House at Warwick before going on to Cheltenham glory.

Paul Nicholls, who saddles Politologue in Saturday's 2020 running, tasted the first of his five wins in the race in 1999 when the Ditcheat handler trained Call Equiname to victory in the Clarence House before that nine-year-old went on to get the better of Edredon Bleu in the Champion Chase a few months later.

Heading into the new Millennium there was a decade before we would see another achieve the coveted double and it was the aforementioned Nicholls that reigned supreme again as the race was no longer ran as a handicap. The mighty Master Minded handed Nicholls more success by bagging Clarence House glory before going on to blitz his rivals by seven lengths at the Cheltenham Festival to win his second Champion Chase crown in 2009.

That would be the start of a golden era for Nicholls, who dominated the Clarence House for the next few years with Twist Magic (2010) and Master Minded again (2011) landing glory in the Grade 1, but it wasn't until the next superstar of the division arrived before we saw the Ascot/Cheltenham duo achieved.

Sprinter Sacre had already shown in his novice chase season that he was something special, but his 14-length annihilation of Mad Moose in the 2013 Clarence House Chase, which was held at Cheltenham following Ascot's abandonment, showed that the Nicky Henderson-trained legend was a cut above his rivals in the two-mile division. Returning to Prestbury Park in March, the Seven Barrows inmate obliterated his Champion Chase rivals by 19 lengths in one of the most impressive festival wins in recent times.

Sprinter Sacre's double kick-started a strong affiliation with the Clarence House and Champion Chase as in 2014 Gary Moore's Sire De Grugy won at Ascot before going on to land Cheltenham Festival glory, while 12 months later in 2015 Dodging Bullets achieved the Clarence House/Champion Chase to extend the number of horses to win both races to six.

And who can remember when Sprinter Sacre produced a memory to last a lifetime in the Champion Chase? 😍

Nicky Henderson joined Paul Nicholls on five Clarence House Chase wins in 2019 as the legendary Altior cruised to victory over Fox Norton, when sent off at the prohibitive odds of 1/10. The dominant two-miler of recent times, Altior then edged out Politologue in the 2019 Champion Chase to extend the number of winners of both races to seven, and Saturday will see the next batch of crack two-milers bidding for two-mile chasing supremacy.

A fine winner of the Champion Chase in March, Politologue will be the likely favourite in Saturday's Clarence House Chase, but the galloping grey, who will look to hand Nicholls a sixth win in the race, will face some notable opposition in the shape of Defi Du Seuil, who is on somewhat of a comeback mission following some disappointing performances of late.

The Ruth Jefferson-trained Waiting Patiently was supplemented earlier in the week, and fresh from a second placed finish in the King George VI Chase over three miles at Kempton Park on Boxing Day will drop back in trip and adds more depth to the race, while First Flow and Duc Des Genievres are another fascinating pair taking their chance in what should be an enthralling renewal.

So, answering the earlier question of whether the Clarence House Chase is a good pointer for the Champion Chase, it most certainly is, and Saturday's race is a must-watch for those looking for notable Cheltenham Festival pointers.