Cheltenham Gold Cup Trial Races: Where we can see pointers for the Gold Cup 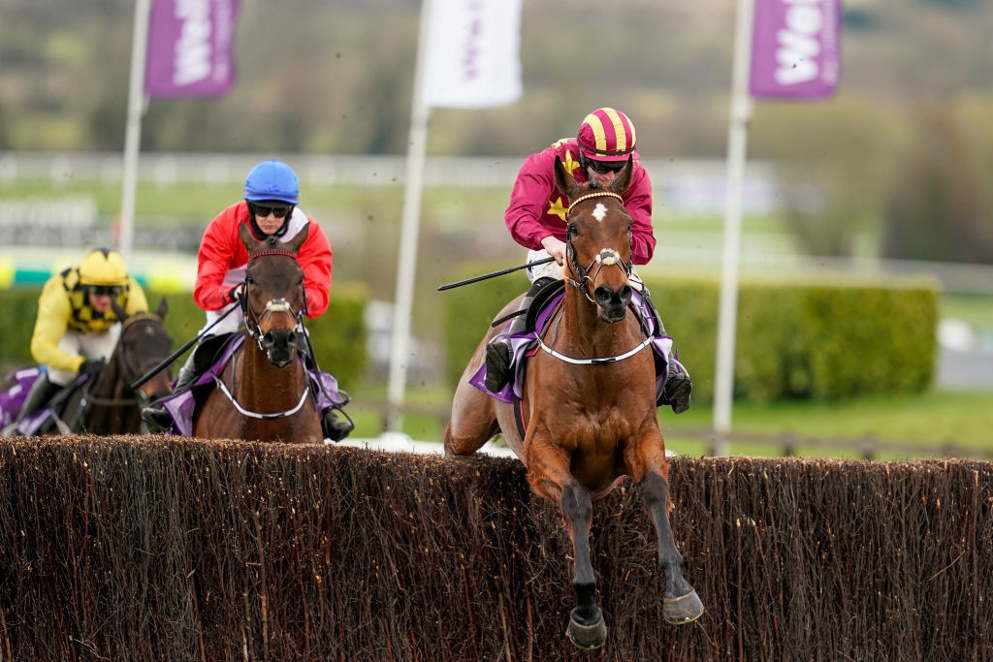 Henry de Bromhead's A Plus Tard produced a stunning display in last year's Cheltenham Gold Cup as he stormed to a dominant 15-length victory over stablemate and 2021 Gold Cup hero Minella Indo, and that pair are prominent figures in the Cheltenham Gold Cup betting, at the time of writing, and the de Bromhead team will be looking to make it three Gold Cups on the bounce in 2023.

However, they will face a huge rival in the shape of Galopin Des Champs, who suffered heartache at last season's festival when falling when miles clear in the Turners Novices' Chase, but the Willie Mullins-trained superstar is set to step up in trip this season and is likely to spearhead the Mullins clan, who could also unleash last season's National Hunt Chase winner Stattler.

Not since 2018 when Native River prevailed has a UK-trained runner claimed Gold Cup glory, but in Ahoy Senor and L'Homme Presse they could have some notable darts to fire at the prize in what is set to be a real spectacular race should all the big guns turn up at Prestbury Park in March.

Before that, all the horses are likely to be seen competing in some of the leading trial races throughout the season in the UK & Ireland, and we pick out some of the most likely trials that these jumping stars featuring in before having a tilt at the Cheltenham Gold Cup.

Wetherby racecourse will play host for the first recognised trial on October 29 as the Grade 2 Charlie Hall Chase will attract some of the leading UK challengers. Entries suggest that there could be a mouth-watering clash between the Lucinda Russell-trained Ahoy Senor, who was last seen winning the Mildmay Novices' Chase, and the Paul Nicholls-trained Bravemansgame, who failed to sparkle at Aintree, and will look to reverse the Merseyside form here.

Moving into November, the Ladbrokes Champion Chase at Down Royal has seen the likes of Kauto Star win this event before going on to compete in the Cheltenham Gold Cup, while on November 19 the Betfair Chase could see the return of the reigning Gold Cup hero A Plus Tard, who sauntered to victory in this event 12 months ago before going to reign supreme at Cheltenham.

Before the end of the year the John Durkan Memorial Chase at Punchestown can attract a strong field, while over a busy Christmas schedule we will see the King George VI Chase at Kempton Park on Boxing Day and the Savills Chase at Leopardstown's Christmas festival attract stellar line-ups. Both those Grade 1 events have seen countless horses contest them before going on to run huge races in the Cheltenham Gold Cup, so they are two must-watch trial races.

Festival Trials Day at Cheltenham racecourse in late January will see the Cotswold Chase attract some potential Gold Cup contenders, while over at Ireland the Dublin Racing Festival at Leopardstown will see the Irish Gold Cup play host to some of the leading Irish challengers. As we move into February, the Denman Chase at Newbury will be one of the final recognised trial events, with most horses now prepping for the Cheltenham Gold Cup, which is sure to be an epic contest.

Veering away from the Graded chases the likes of the Coral Gold Cup at Newbury and Thyestes Handicap Chase at Gowran Park are two handicap chases that can throw up the odd Cheltenham Gold Cup contender, so they are two more races worth taking note of.