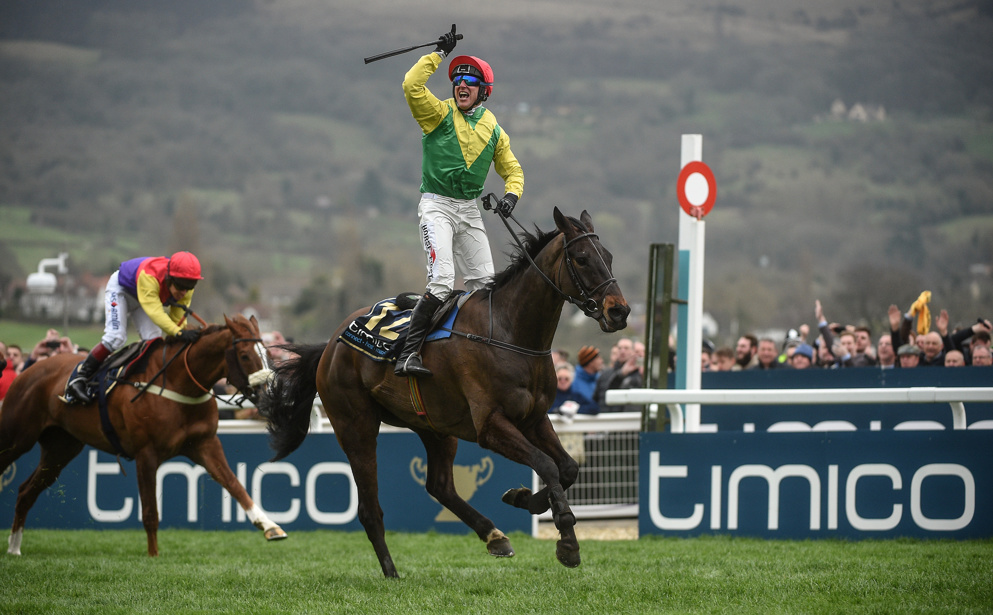 The 2017 Cheltenham Gold Cup hero Sizing John has been retired after suffering another injury setback, Jessica Harrington has confirmed.

The ten-year-old was the standout star of the staying division three years ago, winning each of the Irish Gold Cup, the Cheltenham Gold Cup and the Punchestown Gold Cup in a stellar campaign.

However, he’s been plagued by injury troubles since, and although he made a winning reappearance in the Grade 1 John Durkan Memorial Chase in December 2017, he was below par in the Christmas Chase later that month.

A two-year absence from the track followed, and he suffered a fall on his return in a hurdle race at Punchestown last December, falling at the third flight from home.

That fall kept him out for the remainder of the campaign, but Sizing John was due to return at Listowel this Sunday.

However, after suffering another setback at home this week, Harrington confirmed that they have taken the decision to retire him.

She told Racing TV: “Sadly (Listowel) won’t happen, and as of today he’s officially retired. He gave himself and injury this morning - it’s not life-threatening, but he won’t be able to run on Sunday.

“We’d literally just done our last gallop, and it just went wrong after that, so we’ve decided that we’re going to retire him now so that he have a happy retirement.

“We’ve done a lot of work. He ran on New Year’s Eve, and he fell and hurt himself there. We were right back on track, and Robbie (Power) was thrilled with him, but I felt very sad this morning ringing up the Pottses to say that finally we have to retire him.”

Watch all of our key interviews for free via our On Demand section ➡ https://t.co/XIcUofVtn8 https://t.co/zRpnMTzg0G

“It was very special and it ended up being more special, because first of all Ann Potts died, and then three months later Alan died - and they achieved what they wanted to do, which was win a Gold Cup.

“Cheltenham was magical. You don’t need an airplane to bring you home when things like that happen to you!”