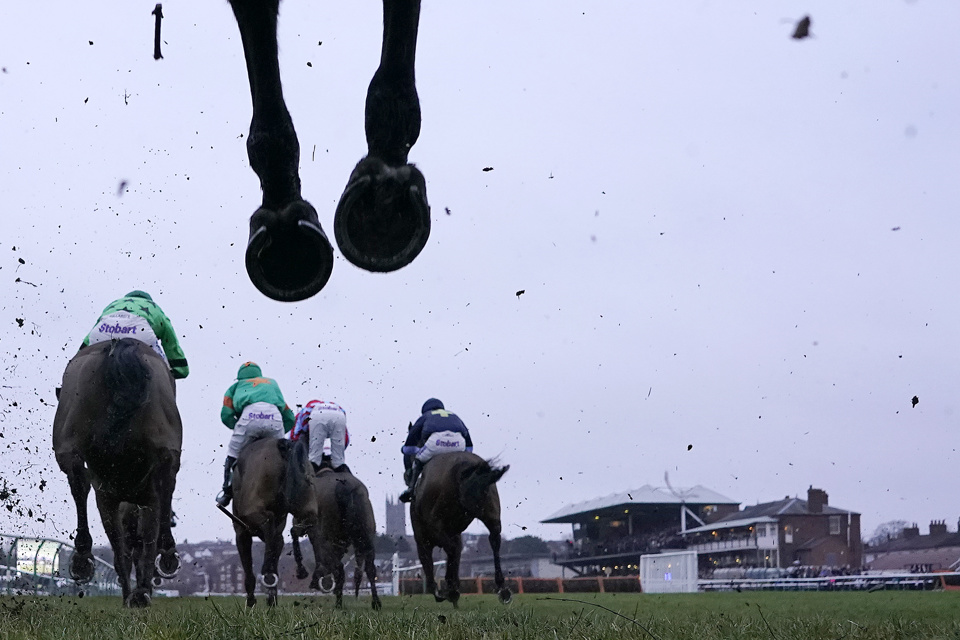 One of the best staying contests of the season is coming our way from Warwick on Saturday as the 2023 Classic Chase will get underway at 3pm. As usual, there is a competitive field of old stagers with proven stamina and a sprinkling of young pretenders in the field. Here, Billy Grimshaw previews the race for us and has an each-way fancy at a big price...

There is only one place to start with this year's running of the Classic Chase and that is the terrifying (for UK trainers at least) prospect of an unexposed Willie Mullins raider sailing across the Irish Sea to attempt to plunder yet another of British racing's biggest prizes. Mr Incredible was as big as 10/1 in the antepost lists but has now settled as the 5/1 favourite in the day-of-race market. If trained by anyone else this horse would be nearly double the price on what he has achieved thus far, but a Closutton inmate always garners the respect of odds compilers.

Formerly with Henry De Bromhead, Mr Incredible seemed to be running well when unfortunately brought down at Leopardstown some three weeks previously to this race. He was strong in the market and sent off 7/1 in the Paddy Power Chase at Leopardstown and although he has never tried a marathon trip like this, Mullins has a formidable record when stepping his horses up markedly like this and off a workable mark he is a massive danger. Threeunderthrufive is the second favourite in the market and was something of a winning machine for Paul NIcholls last season, racking up four. He ran well in a hurdles prep for the Coral Gold Cup on reappearance but in the big Newbury race unseated at the first. This may be a secondary target due to that mishap but he has always looked like he would relish this sort of test and if his jumping holds up don't expect his stamina to wilt, even with 12 stone to carry.

Guetapan Collonges is only a seven year old but has strong claims for this contest. He put in a career best effort over an extended three miles here last time out in November and was doing all his best work late on, so should find this test no problem. Off a feather weight of just 10 stone 3 pounds, Charlie Longsdon's charge can actually have that win marked up as he made a slight mistake at the second last yet still composed himself to battle to victory up the straight, and it is clear to see why Betfair and Paddy Power are ducking him at 5/1 co-favourite.

A host of horses with marathon form come next in the market behind the leading trio, and we will begin by taking a look at Lord Du Mesnil. Richard Hobson's veteran seems to have been a staple in this type of race for years. If giving his best running he looks to have a cracking chance in this race off his mark, but he has become more and more inconsistent as the years have rolled by and at the price can't be trusted. Nestor Park is a much more consistent prospect and ran well on his first extreme distance test when third at Haydock last time out. He looks vulnerable to a few with a bit more class, however, and again is one avoided on price grounds.

Connections of Grumpey Charley will be praying the rain comes down as this one is a certified mud-lark. Expect him to shorten markedly if the ground looks a slog in the earlier races at Warwick, and he is still unexposed for Chris Honour so warrants respect. Another who was on the shortlist but reluctantly left was 2021 Welsh National hero Iwilldoit. Sam Thomas is asking a lot of his runner coming here off such a lengthy absence, indeed his last appearance was that triumph at Chepstow, but if he is in similar form he will be bang there. Certainly one to watch in the market as the race approaches to assess his fitness.

We know what we are going to get with Commodore, with Venetia Williams' stunning grey bound to be sent off from the front by Charlie Deutsch and play a game of catch me if you can with his rivals. He wasn't as good this year at Cheltenham as he was back in 2022 and his Grand National effort was poor so this sort of trip doesn't seem to be what he wants, but if given an easy lead he could be hard to peg back.

Volcano looks to have a tough task at 10 pounds out of the weights, while Grand Mogul looks to be past his best despite an encouraging start last time out for new connections. Notachance won this race back in 2021 off 9 pounds higher, but since that day he has been fairly woeful and it would be a forgiving punter who chances Alan King's runner in a race as deep as this. Outsider of the field Wouldubewell has major stamina concerns and looks to be one best waited for until she steps back down in trip, while Fortescue would be of more interest for Henry Daly were they to have ditched the headgear he seemed to despite in the Welsh National.

The one I am chancing for this £100,000 prize is the old boy DINGO DOLLAR for Sandy Thomson. Available at 22/1 at the time of writing, and probably bigger nearer the off in truth, he looks worth one last go to land a big pot at the ripe old age of eleven. Alice Stevens is booked to take seven pounds off his back and running off 11 stone 5 he could feel like he is floating around Warwick. He never seemed to enjoy himself behind L'Homme Presse last time out at Newcastle but on his penultimate start he swept to Veterans' glory at Aintree, beating subsequent finale winner Wishing And Hoping by over eight lengths.

This is a horse that when he gets a lead and into a rhythm really relishes his jumping and a stamina test, which was exemplified in the 2021 Scottish National when he went down by under a length after a brilliant front running display. I think this track and trip could really suit Dingo Dollar and for a team who are masters at rejuvenating old stagers from other yards, there is plenty of juice in Dingo Dollar's price. A further feather in his cap is his great record fresh, so hopefully he will be cherry ripe for this and can give his backers a good run for our money.