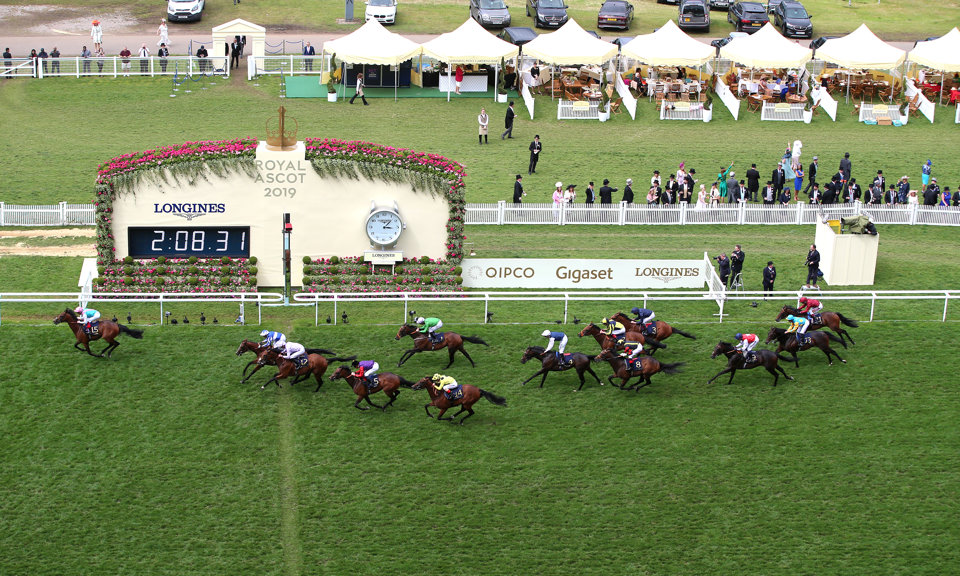 Check out our best bet for the Coronation Stakes.

Some of the premier fillies will do battle in the Group 1 Coronation Stakes on day four of Royal Ascot, and our man Steve Chambers previews the one mile event here, which is the feature race on Friday afternoon's racing...

George Boughey's Cachet produced a sparkling display to win the 1000 Guineas at Newmarket at the start of the season, and she will attempt to land more Group 1 glory on Friday by claiming victory in the Coronation Stakes. Producing a sensational front-running display to beat Prosperous Voyage, who lines up in this event, Cachet duly handed his trainer a first Classic win.

Currently an 11/2 shot for this event, the daughter of Aclaim failed to follow up, though, as she was just touched off in the French 1000 Guineas, as she finished a fine second to Mangoustine. The Mikel Delzangles-trained French winner MANGOUSTINE was an impressive winner that day and she will make the trip to Berkshire on Friday to try and notch another top-class victory. Available at 10/1, at the time of writing, the daughter of Dark Angel has a fabulous record on her CV, as she's won four of her five starts, with her only defeat in coming in Group 3 company two starts ago.

French raiders have a fabulous record in this contest winning three of the last seven renewals, and Mangoustine has to be regarded a huge player here, as she can duly frank the form with Cachet, but she will have to down the current race favourite Inspiral, who makes her hotly-anticipated return to the track.

John & Thady Gosden's daughter of Frankel was the star juvenile filly last season, as she racked up four wins from four, which included fine victories in the Group 2 May Hill Stakes and the Group 1 Fillies' Mile. She bounded over two lengths clear of Prosperous Voyage at Newmarket on her last start, but she's been off the track for a while and was forced to miss the Guineas through injury. A best-priced 2/1 at the moment with the bookmakers, Inspiral will be tough to beat if she can continue on an upward curve from last season, but she will be taking on some race-fit rivals here, and she could just come unstuck.

Ralph Beckett's Prosperous Voyage has been a real model of consistency throughout her career, but she has only tasted victory once, which came in a two-year-old maiden. A 10/1 chance to record her second success, the daughter of Zoffany is sure to put up a bold effort like she did in the Guineas, but ultimately she may just struggle to get the better of the likes of Inspiral and Cachet, who have beaten her before, so she can be ignored.

Jessica Harrington has won two of the last four renewals of this event, and the Irish handler will saddle a classy filly in the shape of Discoveries, who was a top-class juvenile who ended her two-year-old campaign winning the Group 1 Moyglare Stud Stakes at the Curragh. The Mastercraftsman filly was sent off a 10/1 chance for the 1000 Guineas, but she could only finish seventh, so she will need to improve on that effort on Friday and she may just be another that comes unstuck in this event, and is best left alone at 9/1.

Of the others, Andrew Balding's Sandrine was victorious in the Albany Stakes at Royal Ascot last season, and she will attempt to notch up back-to-back Royal wins in this event, but she could only finish fifth in the 1000 Guineas, so has form to find, while the unbeaten American-trained three-year-old Spendarella is a fascinating contender here and is a 10/1 chance, and with William Buick in the saddle has to be respected.

One final one that could play a notable role if Aidan O'Brien's Tenebrism, who ended last season with a scorching performance in the Cheveley Park Stakes, but the daughter of Caravaggio, who is a 14/1 shot was well beaten in the Guineas, and this one mile trip could just be a bit on the long side for her in a race that can see the French reign again.