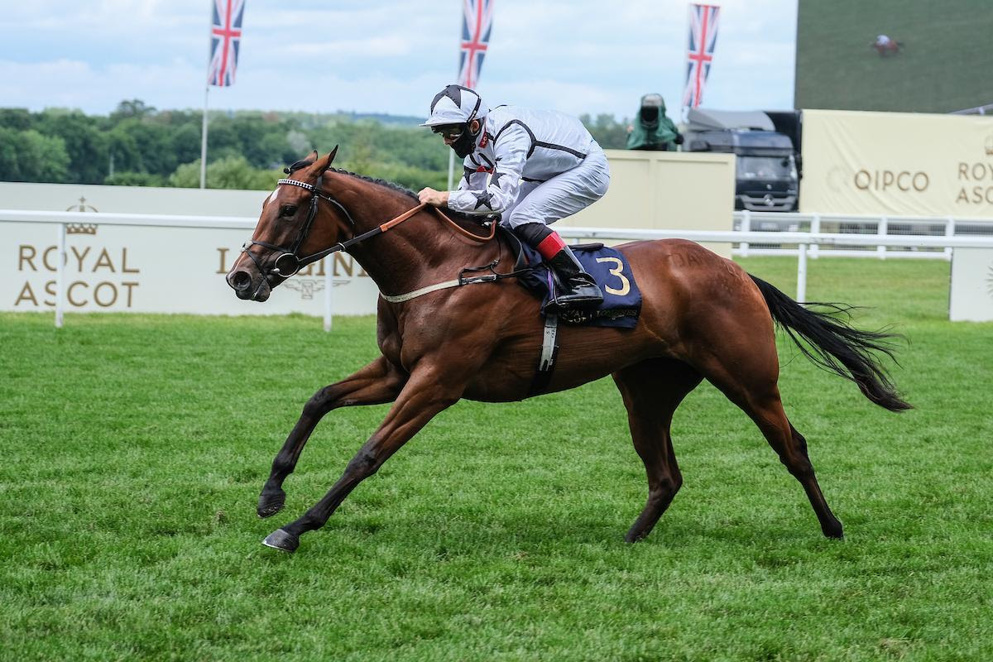 Dandalla stretched her unbeaten start to three with a determined display in the Group 2 Duchess of Cambridge Stakes.

Dandalla maintained her unbeaten start to her career with a game success in the Group 2 Duchess of Cambridge Stakes at Newmarket on Friday.

The daughter of Dandy Man had marked herself out as a filly to follow when scorching to success in last month's Albany Stakes at Royal Ascot, though she was made to work hard here to keep her perfect record intact.

Karl Burke's filly was facing softer ground than she had seen before, and still had to deal with the attentions of the Qatar Racing filly Time Scale in the final furlong.

Dandalla took control of things from there, however, and showed plenty of resolve to then hold off the attentions of the gaining pair of Fev Rover and Santosha - something her jockey Ben Curtis was delighted with.

He said: “I thought after Ascot that she’d be better on better ground.

"We’ve come here and the ground is definitely more holding than it was at Ascot, she didn’t travel through the race probably with the fluency that she did on the last day, and I think she’s shown that she has guts and determination today, mixed with class and a great attitude, because I don’t think the ground was for her.

“I was trying not to give her a hard race in the final furlong - I was hands and heels - but I knew they were coming after me, but she had her head down to the floor and I was confident she was doing enough.

“Better ground will see her in a better light, but it was great to get her head in front again."

Previous winners of the Duchess of Cambridge have gone on to contest the likes of the Prix Morny and the Cheveley Park Stakes later on in the campaign, though Curtis remained tight-lipped about any future plans for the juvenile;

“I know there’s a few targets for her, but I’ll leave that for Karl (Burke) and Nick (Bradley) to chat about," he said.

“At the moment, you’d be happy with the distance, and I don’t think she’d have any problem with going further in time. Six at the moment seems ideal, and  I think we’d be happy enough to leave her there for the time being.