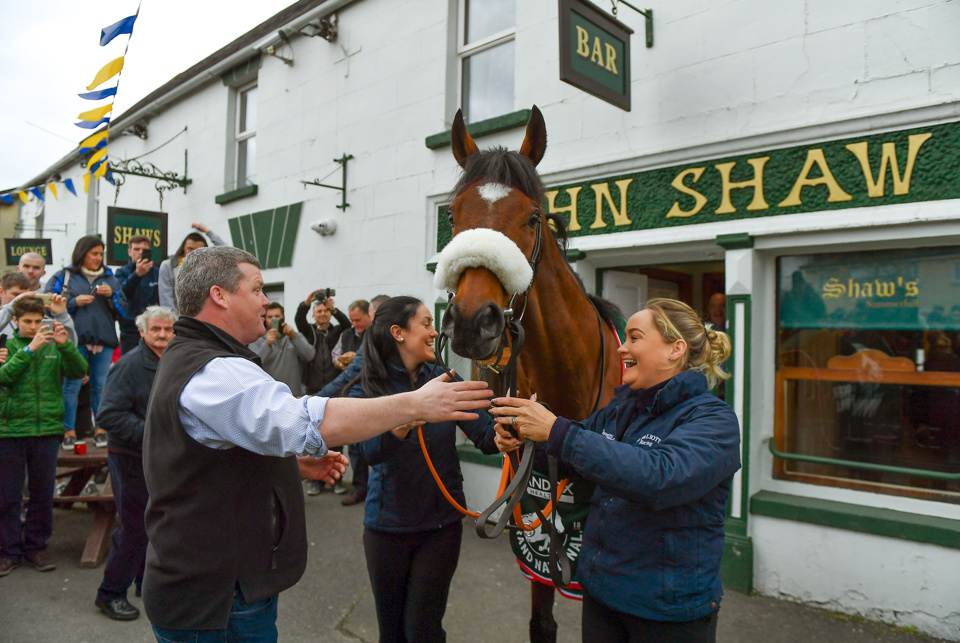 Gordon Elliott is keen for Tiger Roll to bid for an historic Grand National hat-trick in April.

Gordon Elliott has maintained that he is champing at the bit to attempt an historic hat-trick bid with Tiger Roll at this year’s Grand National, after his stable star was handed top weight for the Aintree spectacular.

Gigginstown House Stud have repeatedly cast doubt on the ten-year-old’s participation should he be harshly treated by the handicapper ahead of this year’s renewal, and following the weights announcement on Tuesday Eddie O’Leary has described Tiger Roll’s chances of running as “fifty-fifty”

However, Elliott, who has entered 18 horses in total for this year’s race, clarified in no uncertain terms what would happen if the decision was left solely to him.

He said: "If it is left down to me, he will definitely be running in the Randox Health Grand National. He is a household name, and this is the most famous race in the world. I am very keen to run him.

"He is only 4 lb worse off with the second horse from last year (Magic Of Light, 10st 12lb). Martin [Greenwood, handicapper] and his team have a job to do, and I respect everything that he does. I think Martin has done his job well.

"He will go for the Boyne Hurdle on Sunday. He has been back cantering since the 1 January, so he will come on from the run. Cheltenham is the plan and then hopefully, with Michael O'Leary's blessing, the Randox Health Grand National.

"He's the horse of a lifetime. Everybody who comes into the yard, the first horse they want to see is Tiger Roll, whether it's a 90-year-old man or 10-year-old child. We are very lucky to have him.

"The cut off to qualify for the Grand National is 16 March, so if he doesn't run at Cheltenham, it will be a disaster as he won't be qualified. There is a maybe a race in Down Royal the same week that he could be entered for, but all being well it will be Cheltenham."

What an incredible horse! The treble Cheltenham Festival winner (and reigning Grand National champ) Tiger Roll nonchalantly wins a prep race nobody thought he would!

Second behind Tiger Roll last year was the mare Magic Of Light, and her trainer Jessica Harrington is looking forward to her star mare taking her chance this year off a 7 lb higher mark.

She said: "It was an unbelievable run last year. Magic Of Light was only an eight-year-old, but she took to it like a duck to water. She jumped from fence to fence and, despite making a couple of bad mistakes, she ran totally to the line and stayed brilliantly.

"She was meant to run at Exeter last Sunday when the meeting was abandoned and she is scheduled to hopefully start her journey home tonight. She has an entry at Navan on Sunday and Punchestown next Wednesday. She may go to Cheltenham as well. She loves running so we will keep doing that. She travels very well and thrives on her races.

"She was our first runner in the race and it would be exciting to see if she can go one better."