Epsom Derby Odds: All the latest betting for the Derby on Saturday 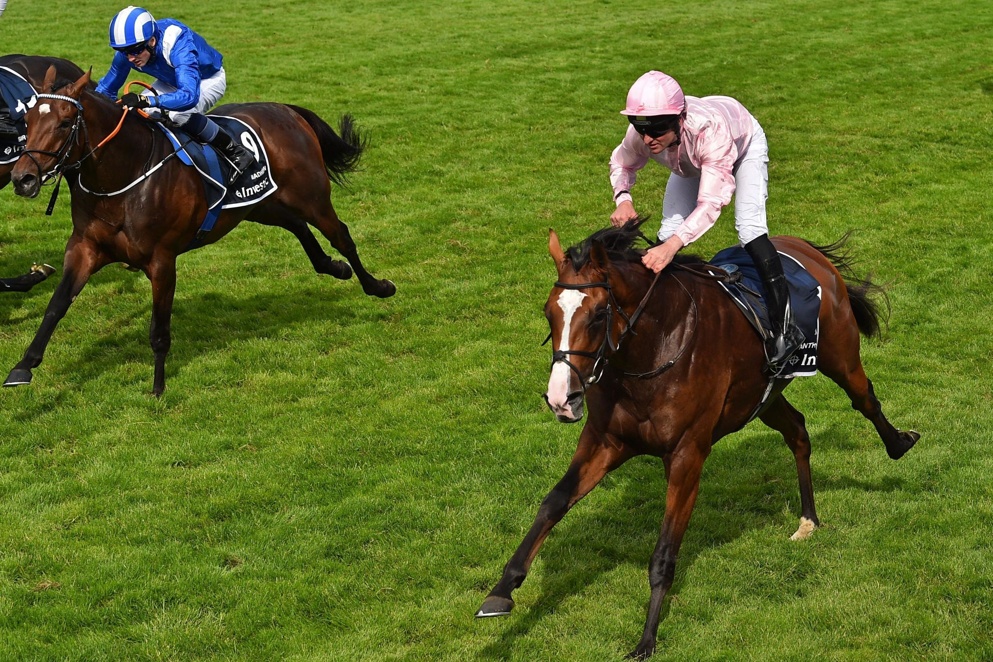 Check out the latest betting for the 2022 Cazoo Derby

We are set for a sensational renewal of the 2022 Cazoo Derby at Epsom Downs on Saturday and the latest betting has Sir Michael Stoute's Desert Crown as a warm favourite for the Group 1 Classic. We take a look at the latest odds for the showpiece event here...

Striking a good impression during his debut victory at Nottingham last November, Desert Crown showed he was the real deal when storming to victory in the Dante Stakes at York a few months ago, and in the aftermath of that stunning win on the Knavesmire he was immediately slashed into favourite for the Derby. Growing in popularity in the days leading up to the Derby, the son of Nathaniel is now the red-hot 7/4 favourite following the final declarations and the Freemason Lodge inmate is the one to beat at the weekend.

Aidan O'Brien will unleash a strong battalion at this year's event as he attempts to win a record-breaking ninth Derby and spearheading the Ballydoyle challenge will be Stone Age, who was last seen winning the Derby Trial Stakes at Leopardstown. Available at 9/2, at the time of writing, Stone Age is currently sitting as second favourite for the contest and is sure to be a leading adversary to Desert Crown at the head of the betting.

An impressive winner of the Group 3 Chester Vase last month, Changingoftheguard will add more depth to the O'Brien charge and that son of Galileo is currently an 8/1 chance, while Star Of India, who won the Dee Stakes at Chester in fine style is another O'Brien-trained raider to keep an eye on and he is around an 18/1 chance.

Charlie Appleby has had a terrific season to date winning both the QIPCO 2000 Guineas and Irish 2000 Guineas and the Godolphin handler will attempt to claim his third Derby in five years this weekend and he will unleash a three-pronged attack. Spearheading their challenge will be Nations Pride, who was supplemented for the event on Monday and the Teofilo colt booked his place in the Derby after storming to a seven-length win over Hoo Ya Mal (200/1) in the Listed Newmarket Stakes, and Nations Pride is a best-priced 8/1.

A decent winner of the Blue Riband Trial at Epsom earlier in the season Nahanni (25/1) beat Grand Alliance (100/1) that day and showed he can act around the idiosyncratic track that is Epsom Downs, and he will add more depth to the Appleby charge, while Walk Of Stars (16/1) will complete the Godolphin triumvirate and he was last seen finishing second in the Lingfield Derby Trial and is currently trading around the 16/1 mark.

Donnacha O'Brien is bidding to follow in the footsteps of his father Aidan by claiming Derby glory, and the fledgling trainer will saddle the 10/1 chance Piz Badile, who booked his place in the race with a narrow victory over Buckaroo in the Group 3 Ballysax Stakes at Leopardstown. Set to be ridden by multiple Derby hero Frankie Dettori, Piz Badile will need to improve significantly, but he is sure to play a notable role in what should be a thrilling contest.

Ralph Beckett's Westover (20/1) run the Classic Trial at Sandown earlier in the season and is one that has arguably gone under the radar, while Royal Patronage (33/1) and West Wind Blows (40/1) are another brace of huge priced contenders lining up in a fascinating renewal.