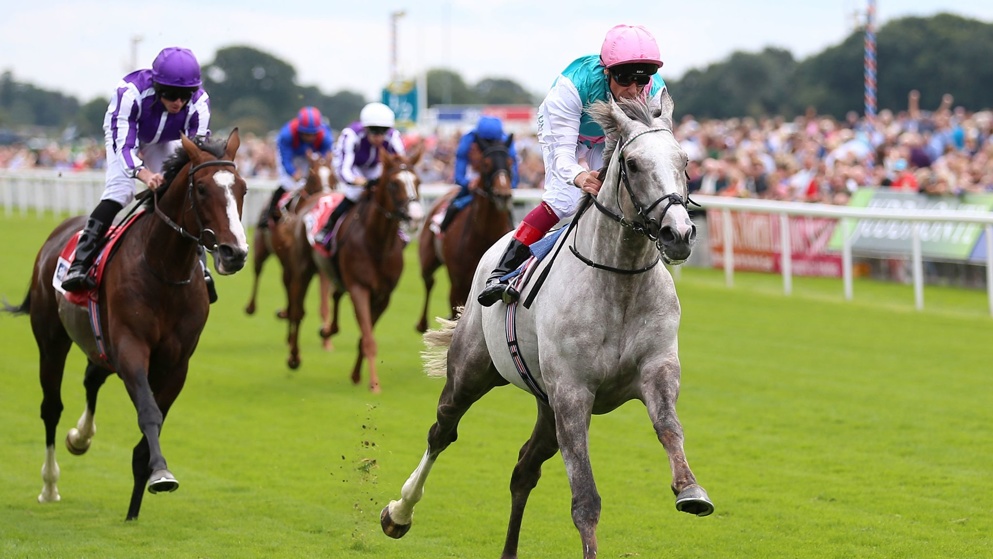 With this year's St Leger Festival kicking off at Doncaster on Wednesday, Nick Seddon has picked out five horses to follow away from the final classic of the season...

Doncaster's St Leger Festival is well known as being the destination for the final classic of the season, though there are plenty of interesting contests to take in before the feature race, which is due off at 15:35 on Saturday afternoon.

Indeed, there are no less than seven Group races to savour before the Leger itself, and with that in mind, we've picked out five horses to note from the supporting action across the next four days...

Dakota Gold is in really good heart at the moment, winning the Beverley Bullet at the end of last month, and he's set to be quickly turned out here after a fine run to finish second in the listed Garrowby Stakes at York on Sunday. He'll have excellent claims of returning to winning ways if his recent excursions don't catch up with him, and it will be interesting to see if he can provide an immediate form boost to Starman. The three-year-old won in the style of one who's destined for the top level when dispatching of some smart types in pretty bloodless fashion on Sunday afternoon, and bearing in mind that the form of that success looks strong on the bare figures, there's every chance that it will take just 72 hours to back up that theory.

Starman made his debut less than two months ago, but he's now three from three and a Listed winner for @TomMarquand and @edwalkerracing at @yorkracecourse

Thursday's opener looks set to feature the return of last year's St Leger hero Logician, who missed the summer months due to recovering from an illness. Indeed, he was lucky to escape with his life having suffered from severe peritonitis, and he'll face two rivals in this conditions event over a mile and a quarter after 362 days off the track.

Logician is unbeaten in his five career starts to date, and looked set for the very top judged by the style of his success in last year's classic. His connections hinted that he would be kept to middle distances this term, meaning his entry in next month's Champion Stakes is an interesting one, and he's a warm order in the betting to make a winning return. It won't be a penalty kick so to say, as he's facing two proven Group level performers in Mythical Magic and Zaaki, but it will be disappointing if he is unable to show his class off level weights.

The May Hill Stakes produced the high-class performer Laurens three years ago, and there are several interesting types in this year's renewal. Both Indigo Girl and Zabeel Queen arrive here unbeaten after impressive winning debuts at Yarmouth and Ascot respectively, and it was hard not to be taken by the latter in particular. She makes plenty of appeal on paper as a daughter of Frankel and a close relation to several winners, and she responded to Andrea Atzeni's urgings to make a lot of ground in a short space of time, before ultimately winning rather cosily. The form of that maiden back in late July has worked out pretty well, with two fillies in behind her winning subsequently, and it's likely that this run will tell us more about her future prospects on Thursday afternoon.

What a prospect! By Frankel and from the family of Dubawi, Zabeel Queen wins really nicely on debut at @Ascot for @varianstable and @AtzeniJockey... https://t.co/dr9Q4RPyah

The Flying Childers is a fast and furious five-furlong sprint for the two-year-olds, and we're set for a stellar renewal if all of those who are currently engaged take their chance. Indeed, both The Lir Jet and Steel Bull will be fresh in the mind of punters having already secured notable Group successes this summer, though both will be looking to bounce back after finishing second and seventh respectively in last month's Phoenix Stakes at the Curragh.

Sacred has shown some strong form to finish second in back-to-back Group 2 contests and looks likely to go off as favourite for William Haggas, but it will be interesting to see how Acklam Express copes with the hike in class. He's been highly progressive in his four starts so far this season, and he showed an excellent attitude to dig in and win a warm-looking listed contest at York last month. The fourth and the sixth-placed horses have already franked that form by winning since, and it would be no surprise should Acklam Express takes another step forward for Nigel Tinkler.

The Champagne Stakes has a habit for throwing up a smart winner or two, and the Group 2 contest has been won by the likes of Toronado (2012) and Too Darn Hot (2018) in recent years. There are a few entries for Saturday's renewal to note, including Chindit, who's unbeaten in two starts so far, though the eye is quickly drawn to Albasheer. He has some winning course and distance form under his belt, having made a taking debut in a novice contest here in July, which saw him seal a six and a half length success. That form looks pretty good considering that two in behind him have won since, and there should be plenty more to come yet from this son of Shamardal, who's closely related to several useful types. Jim Crowley  is enjoying a sensational season in the Al Maktoum colours, and it would be no surprise should he find himself on another smart type here.