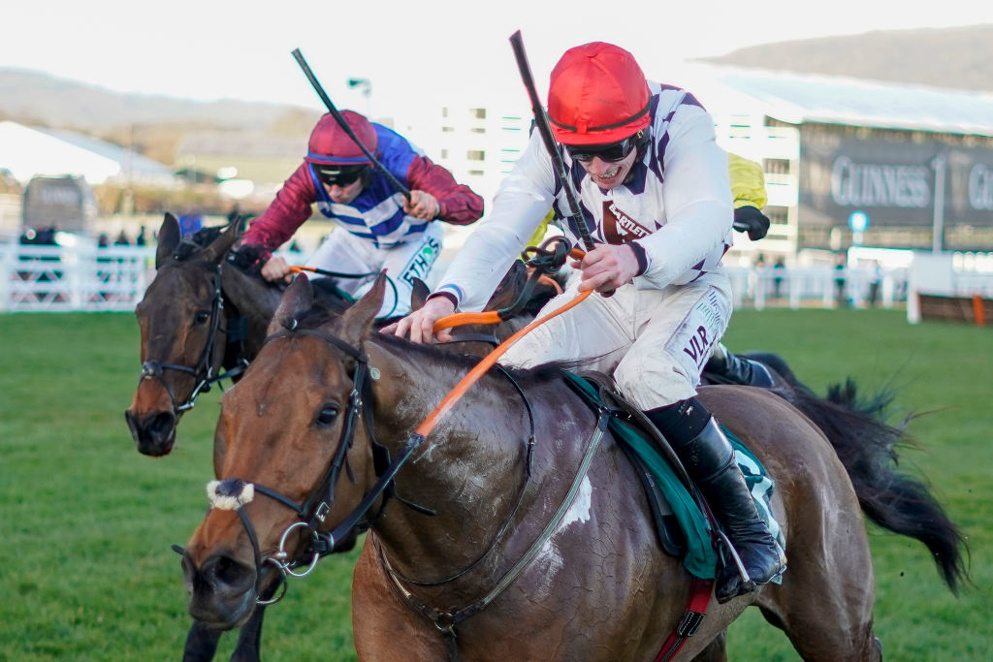 A fine winner of the National Hunt Chase at last season's Cheltenham Festival, Gordon Elliott's Galvin will look to taste more success at Prestbury Park and the eight-year-old is a leading contender for the 2022 Cheltenham Gold Cup on March 18. We take a look at the Cullentra House inmate ahead of the showpiece event...

Having been a smart hurdler, Galvin has been a horse that has improved immeasurably for the switch to fences and having finished runner-up behind Imperial Aura in the novices' handicap chase at the 2020 Cheltenham Festival, he returned a year later and bounded to an emphatic victory in the National Hunt Chase at the 2021 festival.

Now looking to emulate the mighty Native River by using victory in the NH Chase as a springboard to Cheltenham Gold Cup glory. Galvin kicked off this season with a victory in a Grade 3 at Punchestown in October, where he beat Annamix by half-a-length. Sent to Down Royal for his next outing, he took in his first Grade 1 of the campaign in the Ladbrokes Champion Chase, where he locked horns with the reigning Cheltenham Gold Cup hero Minella Indo and former Ryanair Chase winner Frodon.

Unable to record a second win of the campaign, Galvin was just touched off by Frodon in a pulsating finish to the 3m contest, but he did manage to get the better of Minella Indo, who he will lock horns with at the Cheltenham Festival on March 18.

Sent to Leopardstown for his final run before the Gold Cup, Galvin produced arguably a career best as he outbattled the current Gold Cup favourite A Plus Tard in a thrilling renewal of the Savills Chase. Showing tremendous tenacity to down Henry De Bromhead's charge that day and he will be looking to emulate that display in the blue riband event at the Cheltenham Festival.

Gold Cup Odds
Today's Horse Racing Tips: The most tipped up horses from across the 10 race meetings on Saturday
By Russell Palmer