Galway Festival Tips: 3 Horses To Sparkle At Ballybrit Next Week 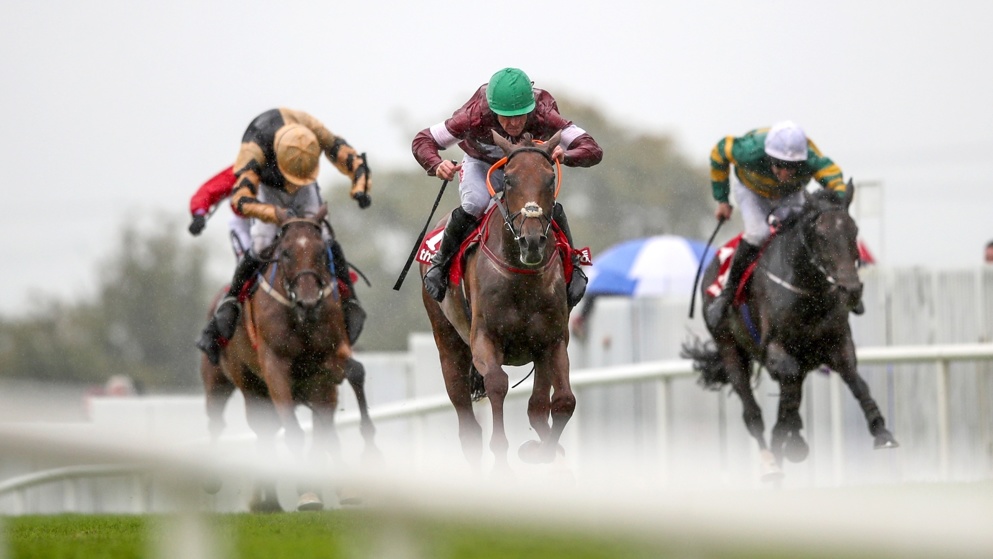 With limited spectators at the Galway Festival next week, it maybe a different atmosphere off the track, but on it there will be seven fabulous days of exciting National Hunt and Flat racing, which starts on Monday and goes all the way through until Sunday. The meeting showpiece is the Galway Plate, which lights up Wednesday's card, while the Galway Handicap Hurdle will be another fascinating betting heat for punters to enjoy. A host of competitive Flat handicaps will bolster the quality on offer, and we pick out three horses that can shine during the summer showpiece.

A star-studded list of entries has been received for The Galway Plate, which lights up day three of the Galway Festival, and a fascinating entry is that of dual Grand National and multiple Cheltenham Festival winner Tiger Roll. Other eye-catching runners include the hugely progressive Emmet Mullins-trained The Shunter, who will attempt to add this crown to his Cheltenham Festival win in March, while the likes of Brahma Bull, Koshari and Livelovelaugh could be notable challengers for Willie Mullins, who is bidding for a second Galway Plate success.

Joseph O'Brien saddled Early Doors to victory in this race 12 months ago, and the dual purpose handler could have another leading contender in the 2021 renewal as ASSEMBLE looks to be an attractive each-way play at double-figured odds. Around the 16/1 mark at the time of writing, the seven-year-old has had some significant jumping issues in recent times, and three falls from his last four outings is a huge worry, but when he completes his races he has produced some fine displays.

In March, Assemble was a fine fifth behind the aforementioned The Shunter in the Paddy Power Handicap Chase at the Cheltenham Festival, and he will have a significant weight pull when they clash on Wednesday. Giving over a stone to Mullins' raider at Cheltenham, O'Brien's charge will be in receipt of 5lbs in the Galway Plate, so it would be no shock if he can turn that form around. Having contested some top notch Grade 1 novice chases last season, the O'Brien team must think highly of Assemble, and he was running a decent race at Killarney last time out before falling late on. The step back up in trip should be another positive, and if he can iron out his jumping frailties then he should be a leading player.

He may have only won one Galway Plate during his illustrious training career, but Willie Mullins has a sensational recent record in the Galway Hurdle, which will light up the action on Thursday 29th July. With the bookmakers going 9/1 the field and the betting being spearheaded by impressive County Hurdle winner Belfast Banter, one further down the list that catches the eye is the Mullins-trained CIEL DE NEIGE.

A former runner-up in the Betfair Hurdle off a mark of 135, the six-year-old will line up here on a mark of 141, which is workable for the Closutton inmate. He ran creditably to finish ninth in the County Hurdle at the Cheltenham Festival in March when finishing ninth, but he is significantly better weighted against Belfast Banter here, and it would be no surprise to see him turn that form around.

Last seen running a mighty race behind Koshari in a hugely competitive handicap hurdle at the Punchestown Festival, Ciel De Neige has shown to relish these hugely competitive, big field handicaps in recent seasons, and there are no more tougher assignments than the hustle and bustle of a Galway Hurdle. Having excelled over 2m 4f in his last outing, he has shown that there are no stamina issues, and having performed with credit in the 2m Betfair Hurdle then he has to be considered a major player, if taking his chance, and at double-figured odds looks to be the one to beat.

The second day's highlight takes place on the Flat with the Colm Quinn BMW Mile Handicap providing a hugely competitive betting heat for punters to get stuck into, and a number of contenders will fancy their chances of landing the prize. At 6/1 the field in the ante-post betting, there's a real headscratcher for those looking to place a bet, but the Adrian McGuinness-trained STAR HARBOUR could be an eye-catching selection around the 12/1 mark.

A shock 22/1 winner at Navan in May, he then failed to follow up when finishing sixth in the Ulster Derby the following month at Down Royal, but he propelled back to form with a very taking victory at Killarney a couple of weeks ago. Easing one-and-a-half lengths clear of his nearest pursuer that day, the three-year-old shaped very impressively, and there could be a lot more to come with him over a mile this season.

Having not stayed over a mile-and-a-half in the Ulster Derby, the drop back in trip will just emphasise the fact that he's at his best over a mile, and while this will need a significant step forward once again, he looks the sort of horse that could continue on an upward curve, and is the one to be with.