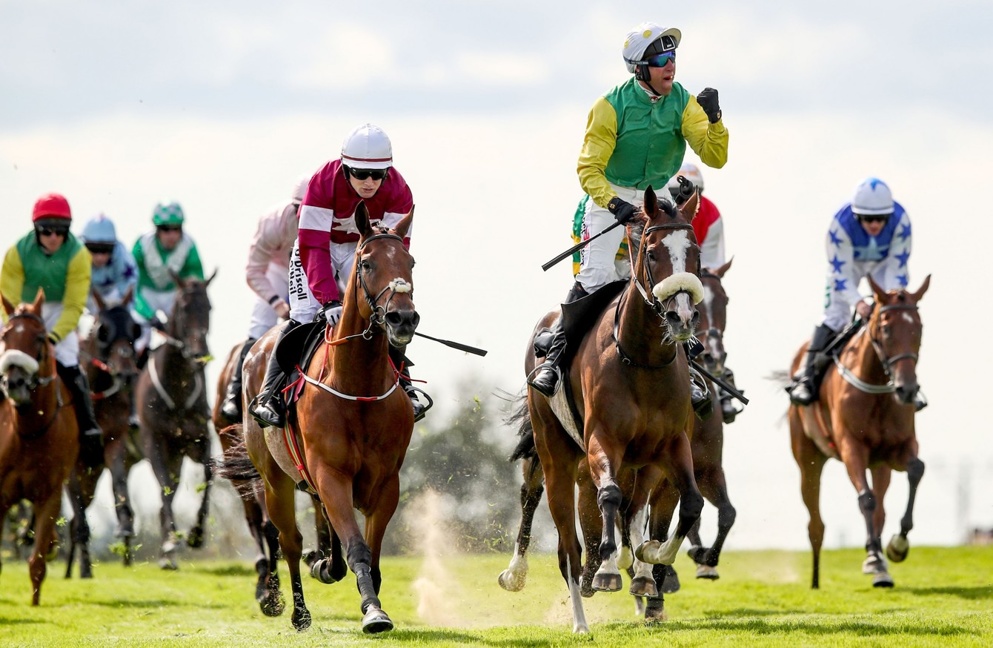 Top notch racing continues throughout the week at the Galway Festival, and Thursday's feature race will be the hugely competitive Guinness Galway Handicap Hurdle, as a maximum field line up for the 2m 11y contest. Our man Steve Chambers has been given the task of trying to find the winner of the race and previews a mouth-watering renewal here...

Willie Mullins has won four of the last six runnings of the Galway Hurdle, and the master of Closutton will unleash a four-pronged attack at the 2022 renewal, and spearheading the Mullins team will be the current 13/2 favourite Adamantly Chosen, who will be ridden by stable jockey Paul Townend. Having only broken his maiden tag over hurdles in February this year, the five-year-old was then sent off a well-fancied 11/2 shot for the Martin Pipe at the Cheltenham Festival, but could only finish 11th. Next seen finishing fourth in a competitive handicap hurdle at the Punchestown Festival, Adamantly Chosen will face another stern assignment here, and he could prove vulnerable to some more experienced rivals.

Second behind Felix Desjy (16/1) in his last hurdles outing, Farout was seen on the Flat earlier in the week at the Galway Festival, but could only finish seventh, but the Mullins-trained raider could relish a return to the jumping sphere and is of interest at 14/1, while Shewearsitwell and Heia (both 16/1) add more depth to the Mullins charge that looks strong this season.

Gordon Elliott is still searching for his first success in the Galway Hurdle, and the Cullentra House handler will saddle a six-strong team and the aforementioned Felix Desjy will look to emulate his fine Punchestown success, but was beaten next time out, so can be ignored. Party Central is a fascinating runner for the Elliott team, as having finished seventh in the Mares' Novices' Hurdle at the Cheltenham Festival, she showed her class when winning a Listed event at Punchestown, and she could well be ahead of the handicapper and at 8/1 looks a solid betting option.

A competitive handicap hurdle winner at Fairyhouse three starts ago, Glan has failed to kick on for Elliott and could struggle at 20/1, but one at a big price for Elliott that could play a starring role at the finish is TOP BANDIT, who is too big at 25/1. The six-year-old has a superb strike rate winning four of his six hurdle runs to date, and having won a maiden hurdle at Cheltenham last year he then notched up a brace of wins at Punchestown before heading to the Cheltenham Festival. Unplaced back in 19th in the County Hurdle, Top Bandit runs off a 4lbs lower mark today, and while he showed no glimpses in the County, this could be an easier race on paper and he's sure to have improved for that experience and he could well run a big race off a mark of 135.

A three-length winner of the Grimes Hurdle at Tipperary last time out, Santa Rossa heads to Galway in the form of her life, and the mare is a 9/1 chance to claim glory here, but with a 10lbs rise she could find it tough, while Anna Bunina is another last time out winner as she won at Bellewstown, and the Scottish Champion Hurdle winner is another sure to prove popular with punters at 16/1.

Of the others, My Mate Mozzie (9/1) has some solid form in Grade 1 level, and warmed up for this with a spin on the Flat, while the likes of the top-weighted Ballyadam (16/1), who finished fifth in the County Hurdle and 2019 winner Tudor City (20/1) add more depth to a thrilling renewal.