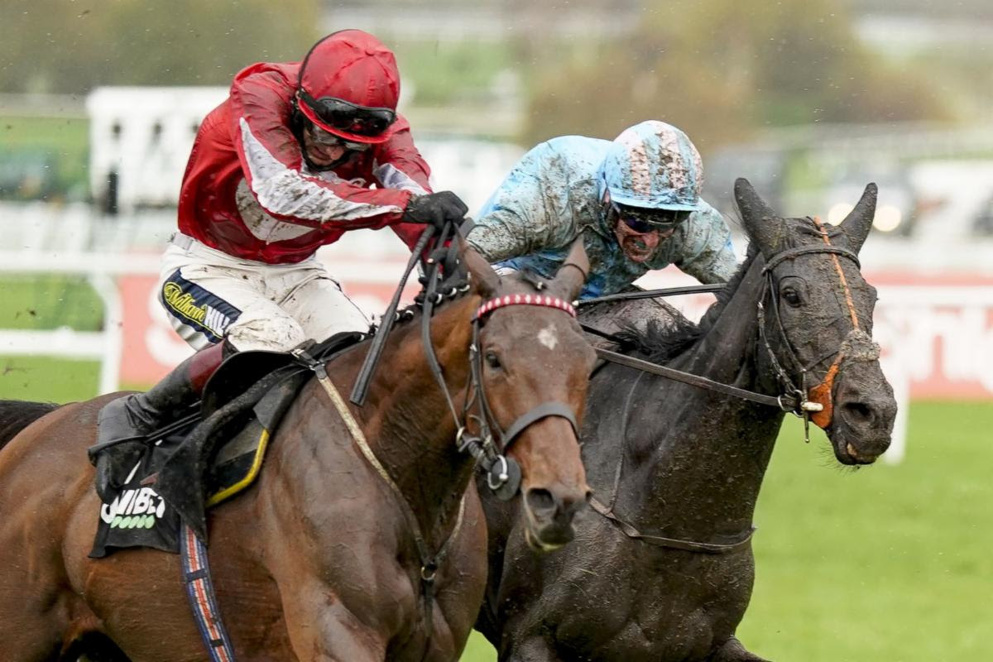 The Shunter beat Ballyandy in this race last year.

A stellar list of 24 horses have been entered for the Greatwood Handicap Hurdle, which is the feature race on day three of Cheltenham's November Meeting, which takes place on Sunday afternoon.

One of the most competitive handicap hurdles in the calendar, the Greatwood has been won by some smart performers down the years, with some winners going on to compete in the Champion Hurdle at the Cheltenham Festival in March. Usually, a devilishly difficult betting conundrum for punters, the Greatwood has yet again attracted some excellent horses with the Nicky Henderson-trained No Ordinary Joe currently heading the betting at 11/2.

Fourth in a Grade 2 novices' hurdle last season, the Seven Barrows raider then notched up a brace of wins in lesser company, and will now attempt to build on that season over timber and is potentially ahead of the handicapper in this event. Second in the Triumph Hurdle at last season's Cheltenham Festival, David Pipe's Adagio (7/1) will have the burden of top weight in this contest, but is a real class act and has to be a major rival to the Henderson hotpot.

Others that feature prominently in the betting include Dan Skelton's West Cork (7/1), who is a making a long-awaited return to the track, and hasn't been seen since finishing second in the 2020 Dovecote Novices' Hurdle. Gary Moore is set to be doubly represented with Haddex des Obeaux (10/1) and Natural History (16/1) flying the flag for him, while former Adonis Juvenile Hurdle winner Tritonic is a 10/1 shot for Alan King.

Tom Lacey's Glory And Fortune (14/1) has racked up a brace of wins and was last seen winning the Welsh Champion Hurdle at Ffos Las, and he's worthy of taking his chance in this event, while the Philip Hobbs-trained Camprond has also bagged two wins on the bounce and alongside No Ordinary Joe adds depth to the JP McManus charge.

The Shunter was a superb Irish-trained winner of the event 12 months ago, and one Irish raider that could play a starring role here is Charles Byrnes's Advanced Virgo, who is available at 12/1, at the time of writing.

Ballyandy was a gallant runner-up to the aforementioned The Shunter in the 2020 renewal, and the Nigel Twiston-Davies-trained raider is set to take his chance here, while Jesse Evans and Marie's Rock are another brace of potential each-way contenders in what should be an enthralling renewal.