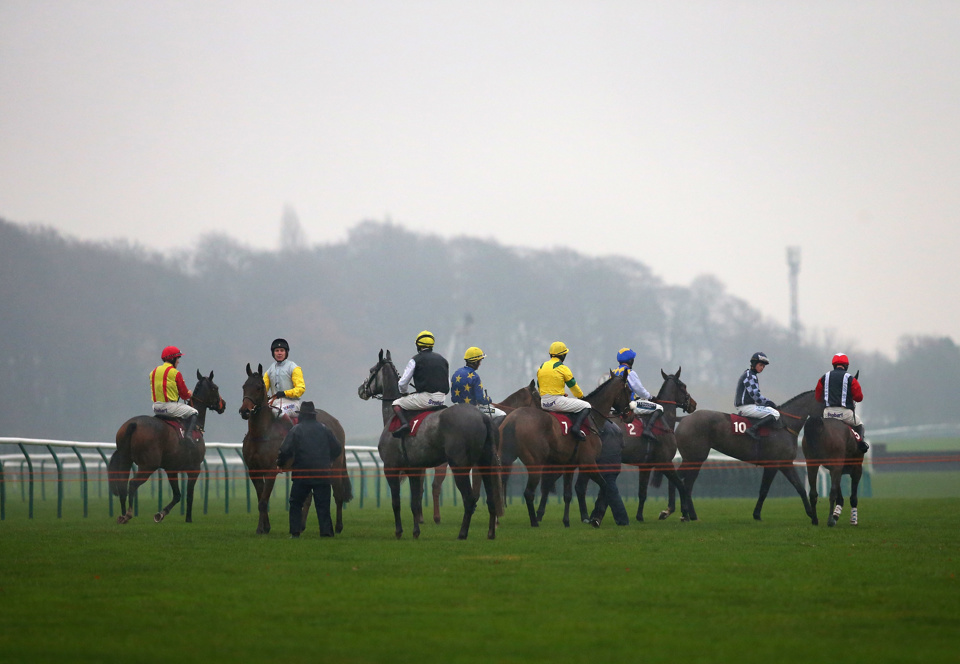 Lord Du Mesnil made it two valuable wins in the space of ten days at Haydock on Monday.

Richard Hobson has left every option on the table for the exciting Lord Du Mesnil, who picked up a second valuable success at Haydock in the space of 10 days when winning The Last Fling Chase on Monday afternoon.

The six-year-old has taken a little while to get going since joining the yard from France in 2018, but he’s now very much on a roll this term, and followed up his success in the valuable Tommy Whittle Handicap Chase just before Christmas when defying a 10 lb rise to run his rivals ragged in Monday’s feature over three and a half miles - completing a hat-trick in the process.

And Hobson explained that the quick turnaround was very much a case of striking while the iron is hot. He told the Jumps Racing Podcast: “The plan wasn’t to come here, but you like to think that whilst they’re in good order you keep going, and he was in serious order after his Tommy Whittle win, so that’s why we brought him here again.”

The four-mile Eider Chase at Newcastle in February was mooted as a potential option for Lord Du Mesnil before Christmas, though Hobson wouldn’t rule out the prospect of a tilt at the spring festivals for his rapidly-improving chaser.

He said: “He’ll get an entry for Cheltenham, probably in the four-miler (National Hunt Chase), but he needs a break now.

“He’s been pretty busy, that’s five runs in the last two months or so, and we need to respect that we’ve got a good horse now and go from there."

Working out Lord Du Mesnil’s next steps is a nice problem to have, and considering that he’s won twice in quick succession at Haydock Park, Hobson was also open to the idea of him returning here to put his Grand National credentials on the line in February;

“The Grand National Trial could be an option, but we’ll take it one day at a time, because the plans are all out of the window now!”

However, he added that the National itself in April may come a little too soon in his career;

“We can always dream that he’ll run in it one day, but it might just be a year too early, and obviously conditions are key for him as well."

You can hear Richard's views in full on the next episode of the Jumps Racing Podcast, which is due out on Friday 3rd January 2020.

After landing the Tommy Whittle Chase last week, he defies a 10lb rise with ease in our feature - the Last Fling Handicap Chase. Congratulations to trainer Richard Hobson and all connected with the thriving six-year-old. 👏👏 https://t.co/tqlMMiuYhc