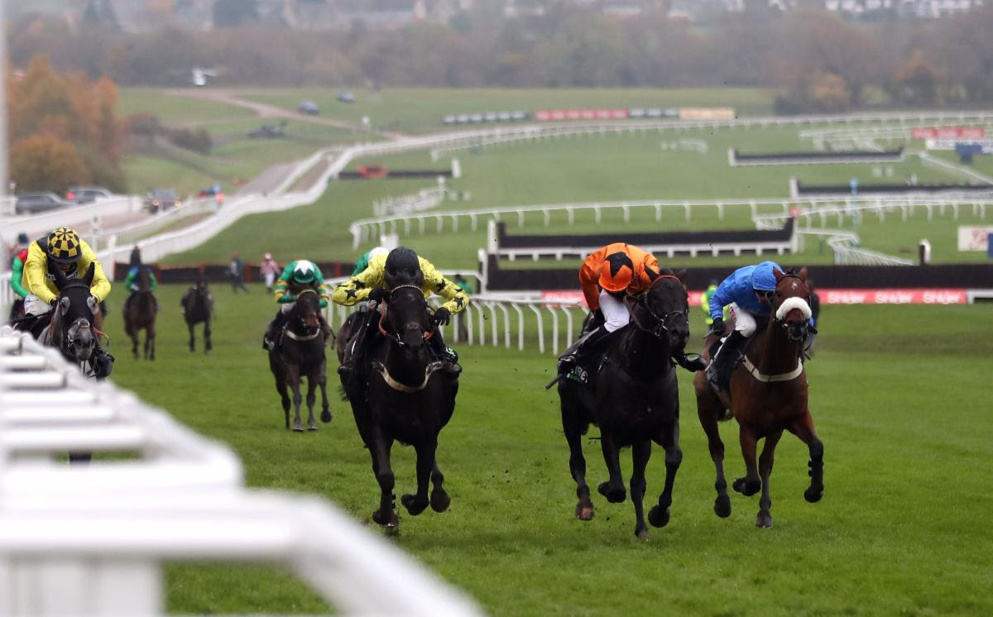 National Hunt's traditional curtain-raiser to a new year will take place on Sunday as Cheltenham racecourse will host their New Year's Day card, and our man Steve Chambers has taken at the action from Prestbury Park and looks to kick off 2023 with some winning tips...

Classy hurdler MONMIRAL was handed an almighty test on chasing debut when he faced current Arkle Challenge Trophy ante-post favourite Jonbon at Warwick, and the Ditcheat raider was duly brushed aside by Nicky Henderson's class act. Beaten seven lengths, the former Grade 1-winning juvenile hurdler is sure to improve for that first taste of the chasing game and he will be the one to beat in the Grade 2 Dipper Novices' Chase at Cheltenham at 13:20.

Olly Murphy's Thunder Rock is likely to be the biggest danger to the likely market leader and wins at Uttoxeter and Ascot on his two chase starts has shown him to be a decent performer over the larger obstacles, but Monmiral looks a class above, if he can improve on that Warwick run. Available at odds-against, at the time of writing, Monmiral will be eager to try and throw his name into the ring for the Cheltenham Festival novice chases and a win here could see him join the likes of the aforementioned Jonbon in the top novice chasing ranks.

He will face a tough test here, with the likes of Beauport and The Real Whacker sure to give him something to think about, but Monmiral can cruise to victory here and hand Nicholls his third win in the race.

It could prove to be a blistering start to 2023 for Paul Nicholls as he will saddle the classy IL RIDOTO in the hugely competitive Paddy Power New Year's Day Handicap Chase at 13:55, and that Ditcheat raider can claim gold here. Last seen finishing an excellent fourth in the Paddy Power Gold Cup back in November, he will tackle the undulations of Prestbury Park once again and looks the one to beat.

He finished behind Midnight River that day, but is 1lb better off at the weight in Sunday's contest and with only one-and-a-quarter lengths between them then Il Ridoto is more than capable of turning that around. Midnight River had already had a race behind him before lining up in the Paddy Power, but Il Ridoto was on his comeback run, so he could well improve enough to warrant backing him against the Dan Skelton-trained market rival.

The likes of Happygolucky and Brave Seasca have some smart form in the book, while Kerry Lee's Demachine could outrun his double-figured odds, but Il Ridoto could prove to be the classiest of this bunch and can improve on his Paddy Power run and claim glory.

placed
8/1
Double the odds, any sport, any bet, any odds!
get offer
get offer

There's an absolutely scorching renewal of the Relkeel Hurdle at 14:30 and while a real class act may not be in the line-up there are some really smart hurdlers taking their chance and Nicky Henderson's Marie's Rock, who was a stunning winner of the Mares' Hurdle at the Cheltenham Festival in March will return to the scene of her biggest success and is a fancied contender.

The seven-year-old built on that Cheltenham win with a success at the Punchestown Festival, but she will have to be at her best here to land the prize as she is making her seasonal reappearance and the likes of Knappers Hill and I Like To Move It both take their chance on the back of some decent runs this year.

A winner of the Elite Hurdle at Wincanton, Knappers Hill has been on the upgrade significantly this season, but may prove vulnerable to I LIKE TO MOVE IT, who was last seen carrying top weight to victory in the Greatwood Hurdle at Cheltenham in November. That was over two miles and was a race devoid of strength in depth, but the Nigel Twiston-Davies-trained raider was a class act that day and was mooted as a potential Champion Hurdle outsider. He steps up to two-and-a-half miles here, which is interesting, but he wasn't stopping at the finish in the Greatwood, so should see out the trip and he can continue his progression and claim Graded success.