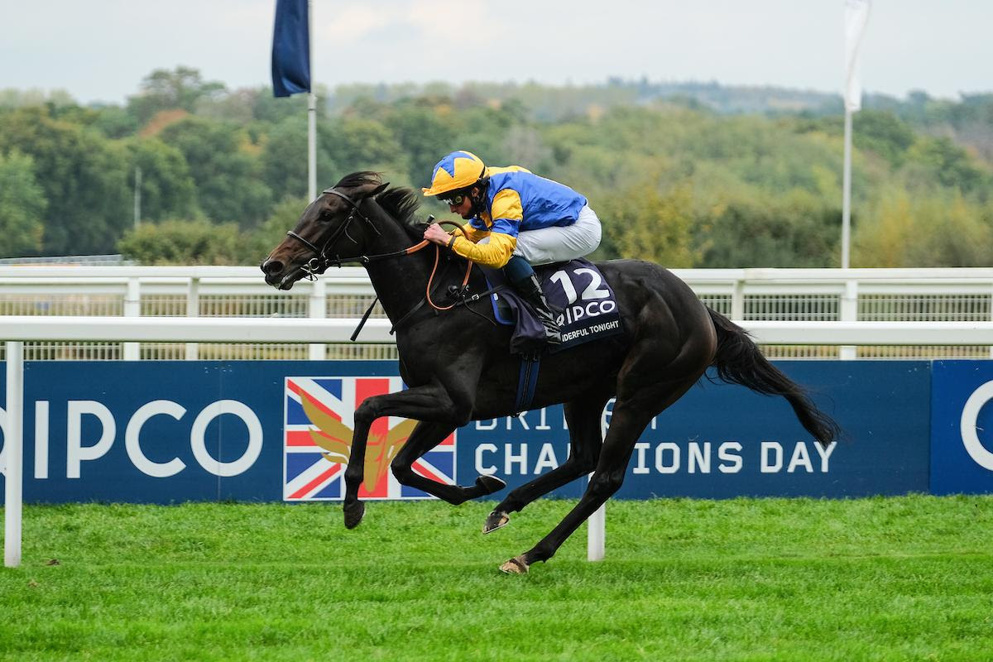 Wonderful Tonight was a winner over course & distance last time out.

Declarations for the King George VI & Queen Elizabeth Stakes were released today and a field of six will line up at Ascot for the famous Group 1...

The UK’s most prestigious Group 1 race outside of the Classics is just around the corner - and for the first time since 2016 and Highland Reel’s success we have a well fancied Aidan O’Brien favourite in the form of Love - the super mare arriving here off the back of the stunning win in the Prince Of Wales’s Stakes at the Royal meeting.

Having already stolen headlines throughout 2020 as the horse to dethrone Enable in the Arc - though we were cruelly denied that clash - she showed that her form at four is to be just as impressive as her form at three when overcoming 11 months off the course to claim a game victory here just under 40 days ago. You can absolutely expect she’ll come on for that run which honestly makes her quite a scary prospect here, and with little to no question marks lingering over her about distance or ground, as well as the fillies’ allowance in tow, she is certainly the one to side with in the win market and can bring Aidan O’Brien his fifth win in the race.

There is a lot to be excited about with this race though, as for the first time in quite a while the Derby form looks to be working out quite nicely, and the winner of that Classic, Adayar, is back out for the first time since his Epsom success. A shock 16/1 winner of the blue-riband event, he sprinted away up the rail in impressive style under Adam Kirby, and didn’t ever look like slowing as he bagged the biggest prize of them all. There looks like there were some seriously smart animals behind him that day - which is worth considering when you factor in how easy the win actually was. Fellow Godolphin stablemate Hurricane Lane has gone on to win both the Irish Derby and the Grand Prix de Paris despite finishing third at Epsom, and Bolshoi Ballet has since had success Stateside in the Belmont Derby, despite only managing seventh, 17-lengths behind Adayar. There’s no arguing with that form on the face of it then, and with the three-year-old allowance putting him 6lb below Love, why shouldn’t he be the pick to upset the favourite? Well, the Derby form may not be completely true, and there is the concern that he isn’t actually the best horse to come out of that race. Both the previously mentioned horses had issues at Epsom, Hurricane Lane lost both his front shoes and Bolshoi Ballet returned with a nasty gash on one of his rear legs, which was believed to have been sustained in the first 150 yards of the race. Would both of these horses been in front of Adayar had they sailed smoother? It’s probable, unless Adayar really is that special (and I can’t yet say with confidence that he is), so although i expect him to be in the picture - it probably won’t be near the fore.

Lone Eagle is another three-year-old looking to take advantage of the feather weight of 8-10lb, and has some seriously eye-catching form with a recent second last time out in that prior mentioned Irish Derby, finishing only a neck behind Hurricane Lane. He had a bit of a rocky start to the year, finishing fourth in Group 3 company, but went on to chalk up success in Listed company before taking on Classic company, beating some highly respected names such as Wordsworth and Mac Swiney. It’s hard to assess what sort of level he may be, he’s certainly worthy of another shot at Group 1 company but does he have the quality to kick around with a horse like Love? Tough to say, but at around 5/1 at the time of writing there is less risk elsewhere and he may be best left.

The other ‘standout’ name from the field of six is the globe-trotter Mishriff, who scooped over £8,000,000 in prize money over the winter from just two races - the Saudi Cup and Dubail World Cup. I fancied him to return to these shores with more success when he lined up in a four-runner Eclipse, but it was quite disappointing to see him put pretty firmly in his place by St Mark’s ​​Basilica and also couldn’t get the beating of Addeybb. John Gosden has been pretty vocal of late declaring he needed the run, which is perfectly understandable, but it is worrying that his form in Pattern company in the UK, though that has only been on two occasions, reads a fairly underwhelming 8-3, with that 8th placed finish coming here at Ascot in the Champion Stakes last October. I’m a big fan of Mishriff but there is no getting away from the fact he has a lot to prove and I expect him to fall short here, though may well pick up a third.

Of course up to this point the only recommendation I’ve stated is that you should side with the favourite, which isn’t the most fun, so for a bit more entertainment i think it’s worth saying that Wonderful Tonight is well worth a play in the each-way market. This very likeable filly provided David Menuisier with one of his biggest career successes when bagging the Hardwicke States last time out, and I fully expect her to kick on from this and challenge at the front here in Open Group 1 company - having already won at this level twice last year. The Hardwicke Stakes was a really high quality race this year, with the likes of Broome, Hukum and Japan behind her, all of whom she dispatched of pretty nicely. It’s probably fair to say she would have needed that run somewhat so there could still be plenty more to come from her, and at a very easy to back 14/1 at the time of writing (Thursday), it’s worth backing Wonderful Tonight each-way to shine once against over course & distance, especially if the rain comes.

The field is completed by the aforementioned Broome, a well known, solid, consistent performer who finally got his first Group 1 last time out, on his sixth attempt at this level. There’s a lot to like about Broome, but probably not in this race. The Group 1 he won was a fairly poor renewal of the Grand Prix de Saint-Cloud, which is never really the best Group 1 anyway, and although it shows he’s capable of cutting it at the top, he has plenty to find with some of the market principles and is best left on Saturday.

A stellar field lines up for The Galway Plate on day three of the Galway Festival, and we pick out our best bet…

Check out our day 2 tips for Glorious Goodwood, on a day that will see the Sussex Stakes and Molecomb Stakes take…

Today's horse racing tips on day one of Goodwood Festival. Our resident tipster Chris Baker has four bets for…

Today's horse racing tips at York, Newmarket and Ascot. Our resident tipster Chris Baker has four bets for the…

The Weekend Wager: Four tips for Ascot and York on King George day
By Steve Chambers

Today's horse racing tips at Ascot. Steve Chambers picks out three bets at Ascot for the racing taking place on…

Galway Festival Tips: 3 Horses To Sparkle At Ballybrit Next Week
By Steve Chambers

Steve Chambers takes a look at some of the main races at next week's Galway Festival, and picks out three ante-post…

Today's horse racing tips at Doncaster. Our resident tipster Chris Baker has one bet for the racing at Doncaster…

#AD New Customer Offer. Place a single £10 (or £5 e/w) bet on the first Galway race (July 27) and get £70 in Free Bets (£10 free bet for each of the subsequent races on the card). Only deposits via cards or Apple Pay will qualify. T&Cs Apply.
get offer

#AD 18+ New Customers only. Deposit, opt in and place a £10 qualifying bet on Horse Racing at odds of 2.00 or greater within 7 days of opening a new account; excludes cashed out bets. Receive 3x £10 Horse Racing Free Bets, valid on set events only at odds 2.00 or greater. Plus, a £10 Game Show Bonus, selected games, wager 40x to withdraw a max of £250. Bonuses expire in 7 days. Card payments only. T&Cs Apply. Please Gamble Responsibly
get offer

#AD New Customer Offer. Bet £10 on horse racing, between Friday 23rd of July and Saturday 31st of July — Get £40 in racing free bets. Only deposits via cards or Apple Pay will qualify. Free bets will be awarded after the qualifying bet has been settled. T&Cs apply. Paddy's Rewards Club: Get a £10 free bet when you place 5x bets of £10+. T&Cs apply.
get offer