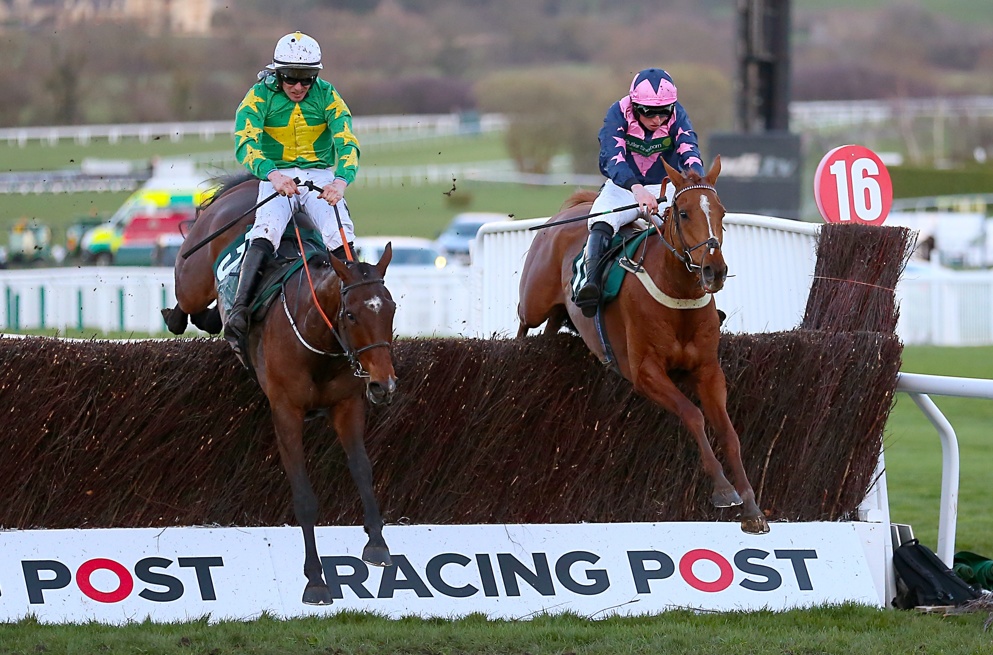 Le Breuil (right) looks to have a major chance in Saturday's Becher Chase at Aintree.

In this week's column, Ed Quigley picks out his best bet for Saturday's Becher Chase at Aintree, before picking out two big-priced runners for two races at the 2021 Cheltenham Festival...

It's off to the Aintree fences on Saturday for the Becher Chase, and off and an official mark of 141 LE BREUIL looks to have every chance of bouncing back to winning ways. The Ben Pauling-trained eight-year-old was fourth on his seasonal reappearance at Kelso and should now strip a lot fitter for that outing. If you rewind the clock back to this time last year, he finished seventh in the Becher off 150, and travelled strongly through the race before tiring late on.

With fitness on his side now and a declining mark, he could easily figure again returning to fences to which he showed a real fondness of last season. Versatile in regards to ground, any rain in Liverpool wouldn't be an inconvenience for a horse with proven stamina as he displayed when winning the 2019 National Hunt Chase at the Cheltenham Festival. After a quiet spell, the Pauling team are just starting to find form again which bodes well.

What a finish - two warriors slug it out up the Cheltenham hill as Le Breuil and @CoddJJ deny Discorama in an eventful National Hunt Chase #TheFestival #CheltenhamFestival https://t.co/LueOrKwOp5

Looking further ahead, I already have Fakir D'Oudairies in the book for the Ryanair Chase, and I wouldn't be disheartened by his defeat at Naas over an inadequate 2m on his seasonal reappearance. He still looks big at 33/1 in my view with a step back up in trip promising to suit. William Hill are offering the same price about CARIBEAN BOY for the same race, after a wonderful round of jumping at Newbury on Friday, and he goes into the ante-post portfolio. The Nicky Henderson-trained six-year-old loses his novice status from today so will be forced into the big leagues, but judging by the manner of his jumping, it should hold up when tested, and the way he dismissed Fiddlerontheroof was in the manner of a very smart horse. Henderson said the "Ryanair Chase looks the natural race for him" and I can only see his price contracting, providing he puts in a strong performance in the Silviniaco Conti Chase at Kempton in January which has been identified as his most likely next assignment by Seven Barrows.

BRAVEMANSGAME was very impressive when dispatching his four rivals at Newbury on Saturday, and this progressive type looks capable of taking top rank amongst the elite novice hurdlers this campaign. He travelled with menace, and jumped fluently, and should be warm order for the Challow Hurdle now. The horse who will be taking the 'Denman route' according to his handler looks nimble for a physically imposing sort and looks capable of taking his form to the next level. With a strong showing at Newbury, the Paul Nicholls representative can put his name in the frame for a tilt at the Ballymore Novices' Hurdle the Cheltenham Festival.