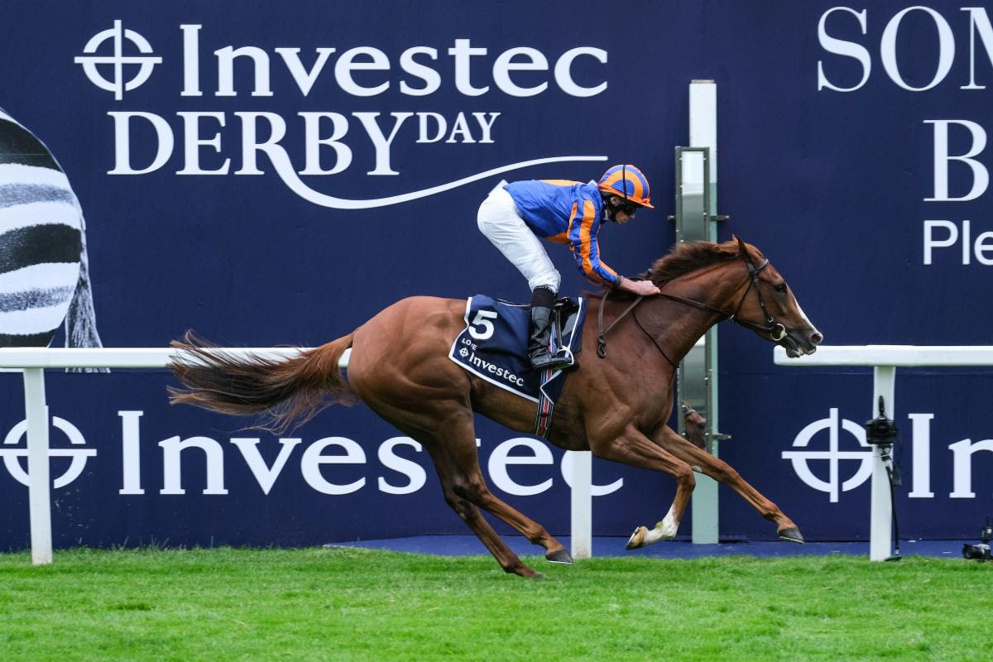 Love is the star attraction in an eight-strong entry list for the Yorkshire Oaks.

Dual Classic winner Love heads a field of eight entries received for next week's Group 1 Yorkshire Oaks, which is the feature race on day two of the Ebor Festival.

An impressive winner of the 1000 Guineas at Newmarket at the start of the season, the Aidan O'Brien-trained three-year-old then went on to record the performance of the current Flat campaign as she obliterated the field in the Investec Oaks at Epsom Downs - winning the fillies' Classic by nine lengths. Now the Ballydoyle starlet will look to make it three wins from three this season, and she will be a red-hot fancy for the Yorkshire Oaks.

With the O'Brien team likely to opt for a tilt at the Prix de l'Arc de Triomphe rather than a crack at the Triple Crown by taking in the St Leger at Doncaster, Love will be hoping that she can continue her winning ways in a race that has been made a lot easier with the absence of dual Arc heroine Enable.

Only a matter of weeks ago the Yorkshire Oaks was billed as the clash of the titans, with Love and Enable locking horns, but with the latter now being targeted at the September Stakes at Kempton Park as a prep race for the Arc, it's Love that will be the dominant figure heading to the Knavesmire to try and win a third Group 1 contest this season.

One of six three-year-olds entered for the Yorkshire Oaks, Love could well face her stiffest test from and older advisory in the shape of stablemate Magical, who finished second to Enable in the 2019 Yorkshire Oaks, but heads to York on the back of a brace of comfortable wins at the Curragh - with her most recent success coming in the Group 1 Tattersalls Gold Cup.

O'Brien could well saddle a third contender in the shape of Ennistymon, who chased home Love in the Oaks, but she flopped when finishing last of eight in the Irish Oaks. Beaten in Listed company at Gowran Park last time out, Ennistymon has a lot to find on recent form, and looks to be the least likely winners of the Ballydoyle triumvirate.

A strong Irish-trained contingent will take their chance, and Jessica Harrington's One Voice was last seen being edged out by Fancy Blue in the Nassau Stakes at Glorious Goodwood, and she could be a thorn in the side of the Ballydoyle trio.

John Gosden, who has trained Enable to victory in this race in two of the last three years, has two entries in the shape of Frankly Darling - who failed to lay a glove on Love in the Oaks and has form to turn around from Epsom - while Franconia adds more depth to the Gosden charge. A listed winner at York at the end of July, Franconia will need to step up again, but there looks to be more to come and she could be a fascinating runner, while the hat-trick-seeking Manuela De Vega is another eye-catching entry for Ralph Beckett, as she aims to build on a fine win in the Group 2 Lancashire Oaks at Haydock Park. Sir Mark Prescott's Alpinista completes the eight-strong field.

Elsewhere on Thursday's card, the Group 2 Lowther Stakes will kick off the action, and the William Haggas-trained Sacred will aim to build on a fine second in the Queen Mary Stakes at Royal Ascot by claiming glory on the Knavesmire, but the likes of Santosha and Hala Hala Hala, who finished first and second in the Princess Margaret Stakes, and Super Sprint winner Happy Romance will add huge depth to the other Pattern race on the card.