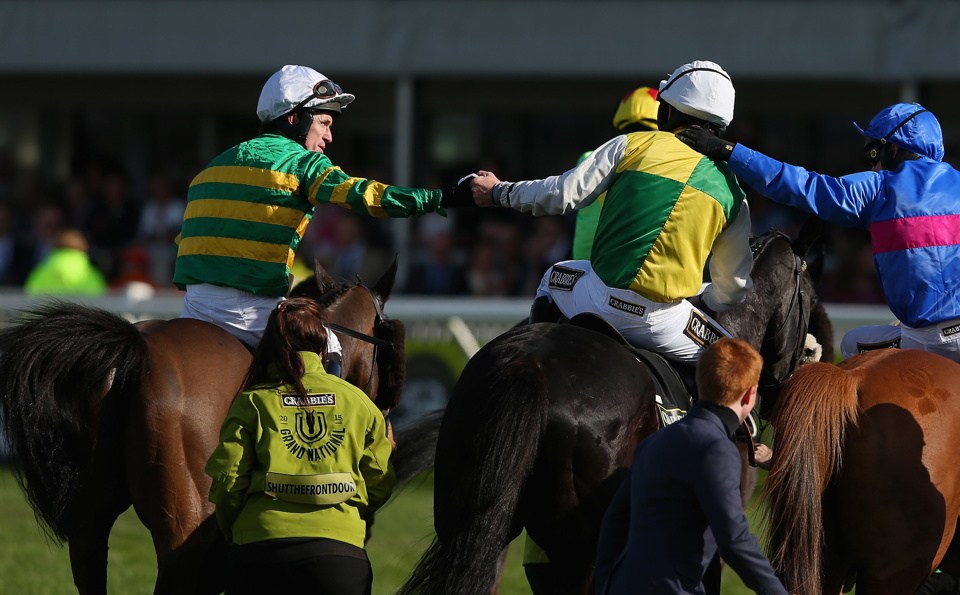 Many Clouds Chase Tips: 8 go to post at Aintree

Whilst the Becher Chase might be the highlight of Aintree's Saturday card over the Grand National fences, the Grade 2 Many Clouds Chase oozes quality and class with eight runners set to go to post headed by Dan Skelton's Protektorat.

Run over three-and-a-quarter miles this could be seen as a stepping stone to the Cheltenham Gold Cup in spring with a mix of young, up and coming horses and some older, familiar names looking to kick off another season.

We take a look at the runners and riders with the latest odds from our trusted partners with a selection put up as a tip.

Hills and BetVictor go best price 2/1 about his chances. A strong stayer at 2m4f, he could play a leading role here firmly on the up. Second on his only start this season in the Paddy Power Gold Cup he was staying on strongly beaten just three quarters of a length in the end at Cheltenham.

Second favourite is a horse nearly twice the favourites age. We know that Native River gets the trip but will he have that old zip and zest as he nears his 12th birthday. A course and distance winner. the 2018 Cheltenham Gold Cup winner won this race in 2019 and with his trainer in good form and Jonjo O'Neill Jr in the saddle he has claims here at 11/4.

7/2 third favourite is Imperial Aura who had looked like being the next big thing when winning in Grade 2 company last year but he's failed to finish on his last three starts. He was going okay when falling in the Betfair Chase but it's hardly confidence inspiring.

At 6/1, Paul Nicholls saddles Simply The Betts who has been lightly raced since the 2020 Cheltenham Festival and can't be ruled out on his first crack at this trip. 6th in the Paddy Power Chase he took a keen hold and with Bryony Frost representing Paul Nicholls in Ireland this weekend, Gavin Sheehan takes the ride.

Hoping to not be making up the numbers, Sam Brown (14/1) goes for Anthony Honeyball and Aidan Coleman. A lightly raced nine-year-old, he's won in Grade 2 company as a novice but others have to be fancied here.

Racegoers at Aintree will be in for a treat with Tiger Roll (20/1) turning out for Gordon Elliott and James Bowen. The two-time Grand National winner obviously loves the place, but he seemed to be past his best last year and possibly best watched here this weekend.

At bigger prices The Two Amigos runs for Nicky Martin, seen finishing runner up in last season's Welsh national whilst Wishing And Hoping completes the field for Mel Rowley, a winner here over course and distance in a handicap last time but this is a big step up. Both best priced 66/1.

With eight runners I'm going to chance my arm on Simply The Betts each-way at 6/1. Getting 3lbs off the fav, he's unexposed at the trip and Paul Nicholls knows how to get big Saturday winners.