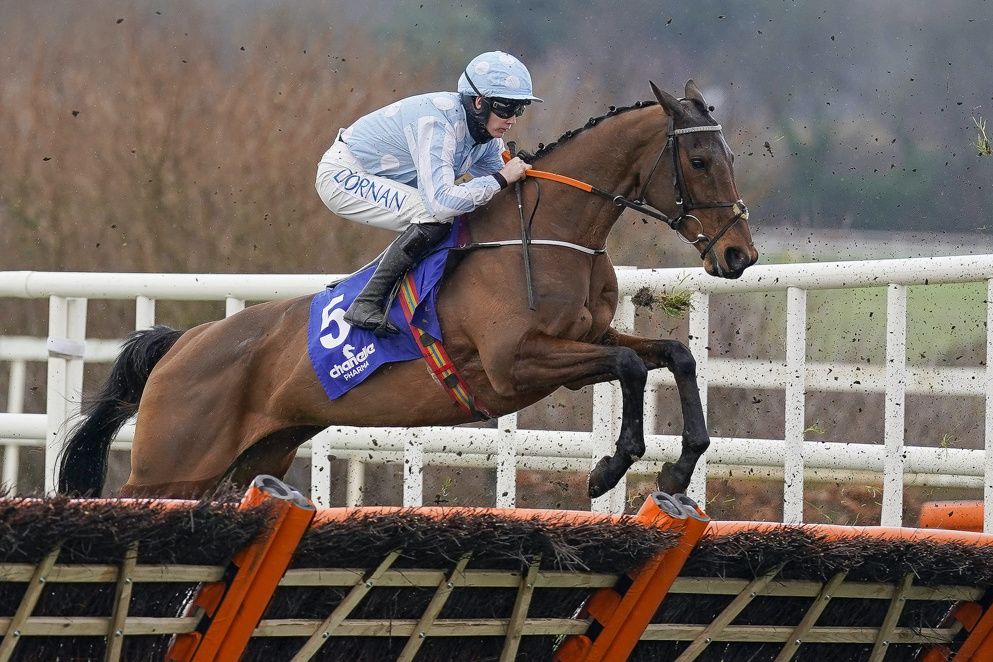 Superstar hurdler Honeysuckle will look to make it 16 wins out of 16 when she lines up in the Grade 1 Punchestown Champion Hurdle on Friday evening at 17:25, and the Henry De Bromhead-trained wondermare will be a red-hot favourite for the feature race on day four of the Punchestown Festival, and it's hard to not see her maintain her 100% record...

A comfortable two-and-a-quarter length winner of this event 12 months ago, Honeysuckle cemented her place as the starlet of the two-mile hurdling division as she routed her rivals in the Champion Hurdle at the recent Cheltenham Festival to retain that coveted Grade 1 crown. Kicking clear of her rivals that day, she will meet a whole host of them again on Friday at Punchestown, and it's extremely difficult to see her not repeating that feat again.

However, while it's no shock to see the eight-year-old hovering around the 1/5 mark with the bookmakers, she is no punting prospect whatsoever, and while it's most likely that she will scoot to victory once again and duly record her 16th victory on the bounce under Rules and cement her place as the golden girl of the Jumps, but it's worth looking elsewhere for a bet, and there could be an each-way alternative to go to war with.

Willie Mullins has trained the winner of this race a whopping eight times, but his last success in the race came back in 2017, so the Closutton handler will be eager to get back into the winner's enclosure and he will unleash a dual-pronged attack in the shape of Saint Roi and Echoes In Rain, who are 10/1 and 33/1, respectively, at the time of writing.

Still only seven years old, SAINT ROI has been battling it out at the Grade 1 table for a few years now, but continues to fall short, and he was last seen finishing a seven-and-a-quarter length fourth to Honeysuckle in the Champion Hurdle. Prior to that he'd been beaten by Honeysuckle in the Irish Champion Hurdle (fourth) and third in the Matheson Hurdle at Leopardstown. But, he showed he can perform with real credit at Punchestown when he was narrowly edged out by Abacadabras in the 2020 Morgiana Hurdle. A former winner of the County Hurdle, Saint Roi has shown to be a decent performer at the highest level and with the tongue strap applied for the first time that could well bring on some improvement and he could be the value alternative at 10/1, while's he's 6/4 in the betting without Honeysuckle.

A winner of the Grade 1 novice hurdle at the Punchestown Festival last season, Echoes In Rain has failed to kick on this season and the mare was unable to land a significant blow in the Mares' Hurdle at Cheltenham, where she finished a disappointing fifth. This is a lot tougher than that, and unless she can recapture last season's form then she's up against it.

Gordon Elliott is yet to train the winner of this event, but the Cullentra House handler will aim to claim a maiden success with Teahupoo, who is looking to bounce back from a hugely disappointing run in the Champion Hurdle, where he was last of ten. Heading to Cheltenham on the back of a trio of Graded wins, the five-year-old was beaten a long way from home, and just appeared to find the top level a bridge too far, so he's hard to fancy here.

The same could be said about the David Pipe-trained Adagio, who run a huge race off top weight in the Greatwood at Cheltenham and then chased home Goshen in the Kingwell Hurdle at Wincanton, but he was well beaten early in the Champion Hurdle, and will struggle again.

Joseph O'Brien's Darasso is the outsider of the bunch at 50/1, but he was a winner last time out at Fairyhouse and makes a quick turnaround here, however, this is a significant step up in quality and he's likely to be one of those waving the white flag early in a race that can see Honeysuckle reign once again and Saint Roi can chase home the superstar.

lost
12/1
Today's Racing Tips
Today's Horse Racing Tips: The most tipped up horses from across the 10 race meetings on Saturday
By Russell Palmer