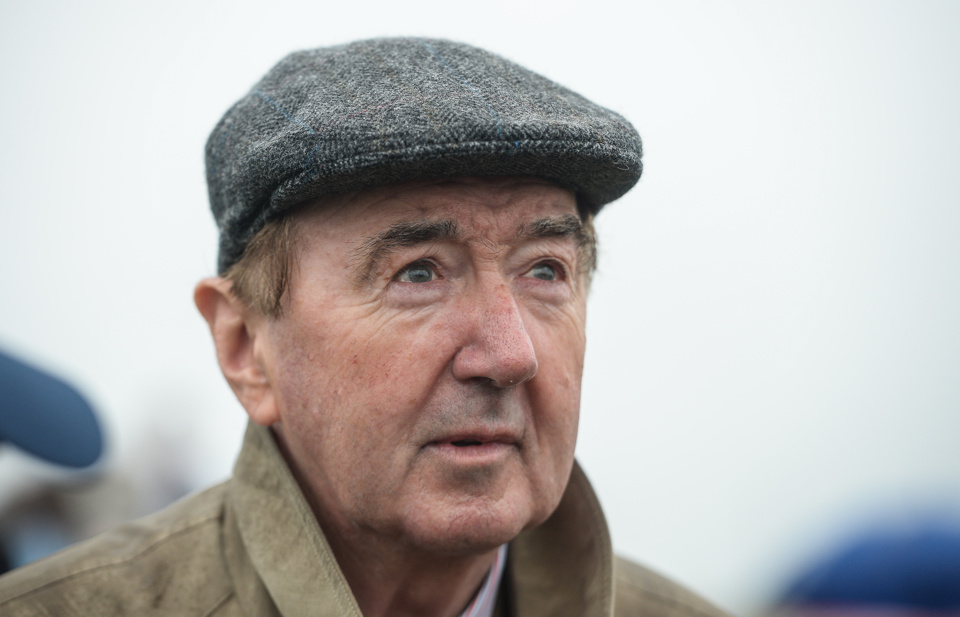 The Dermot Weld-trained Imaging could prove to be overpriced.

Joe Tuffin previews Saturday's Queen Elizabeth II Stakes on Champions Day at Ascot, and picks out an each-way selection in the race...

With no standout star announcing themselves in the one-mile division this year, Saturday’s Flat season curtain-closer at Ascot presents an opportunity for one contender to boast the accolade of being Britain’s best miler, in what promises to be thrilling renewal of the Queen Elizabeth II Stakes.

It has been a truly wide-open division this season, with the first three home in Britain’s three open Group 1 races over a mile – the Lockinge, Queen Anne and Sussex Stakes – rather unusually being filled by different horses on each occasion. What’s more, the two market leaders for Saturday’s concluder haven’t participated in any of the aforementioned races, but this just adds to the intrigue and importantly provides possible star quality.

Making the journey across the Channel for trainer Francis-Henri Graffard - who was victorious here at the Royal meeting four months ago with Watch Me - is the six-race unbeaten gelding, The Revenant. He has been leaving his mark across the continent this year, with pattern wins in both France and Germany, and he could well add a significant British stamp to his passport should he run to his best.

Last seen pulverising his opponents in a Group 2 at Longchamp on the Saturday of the two-day Arc meeting, the four-year-old will be relishing the heavy rain that has struck the UK this week, and this looks a real opportunity for him to claim a first Group 1 success of his flourishing career under jockey Pierre-Charles Boudot, who is on course for a month from his dreams having won the Arc on Waldgeist two weeks ago.

Impressive! The Revenant keeps his winning run going as he shows a super turn of foot in the home straight to land the Qatar Prix Daniel Wildenstein at @paris_longchamp under that man @PCBOUDOT... https://t.co/MOzIBpxJCa

The main threat and biggest question mark in the race, however, comes from a well-known name amongst racing fans, Benbatl. The Saeed Bin Suroor-trained five-year-old has only been seen on one occasion this year, but it was a mightily impressive performance, as he beat a field of six home in last month's Group 2 Joel Stakes over this trip at Newmarket. Routing a field which included three runners who will likely re-oppose here and earning a near top-class Timeform rating of 129 in the process, there is no doubt over the ability of Benbatl, but this will be a tough assignment against some classy opposition on only his second outing of the season, and the fact that the ground is likely to be heavy will be a concern to connections.

Aidan O’Brien has, as expected, bought a strong team over with him for Champions Day, and he has a good chance of claiming QEII glory with Circus Maximus, an inconsistent sort who showed his a-game when winning a Group 1 contest at Longchamp last month. It has been difficult to know what to expect from the son of Galileo this term; he was well fancied for the Derby but didn’t stay the trip, before introducing himself as a star three-year-old by winning the St James’s Palace Stakes ahead of King Of Comedy and Too Darn Hot. The latter reversed that form at Goodwood in the Sussex Stakes the following month, and a subsequent disappointing run in the Juddmonte International at York left many wondering where next for O’Brien’s colt, but a strong display against an in-form Romanised last time put him right back into the frame for the QEII, and it’ll be interesting to see if he can step up once again to claim back-to-back Group 1s.

O’Brien also has the services of 2,000 Guineas hero Magna Grecia to fall back on, who hasn’t been seen since a disappointing fifth in the Irish equivalent of the one-mile-classic back in May. The-three-year-old will arrive here fresh as a consequence, and it will be interesting to see how he takes to this testing ground, having won the Vertem Futurity Trophy (previously the Racing Post Trophy) on ground softer than good.

The season's star pairing of John Gosden and Frankie Dettori are represented by King Of Comedy, who has gone slightly flat since looking a horse to follow when claiming listed honours at Sandown in May. The three-year-old has faced stiff opposition since, but many of the same rivals line up against him once again, and seeing that form flipped looks unlikely, especially with Benbatl - who was some five-lengths clear of him in the Joel Stakes last time out.

Remaining intrigue comes from Lord Glitters, who took his first Group 1 in the Queen Anne Stakes this year, but he has yet to repeat that performance, and his Royal Ascot win is starting to look more like luck than it is true ability. That being said, he runs well over course and distance and will be sure to be in the reckoning.

For a potential dark horse, the Dermot Weld-trained Imaging may sneak into the places after a couple of bold showings so far this season. He has never competed in a race of this level, but was only beaten half a length by The Revenant in a Group 2 contest at Baden Baden back in May, and is available at a much bigger price than that rival here. That form has worked out well since, and his recent effort to finish second in a Group 3 contest at Tipperary should have sharpened him up after an absence. As such, he looks worthy of a small each-way interest at around the 50/1 mark.

By Saturday evening we will know who spends the winter as Europe’s top miler, and they will be sure to receive a couple of months of carrots and head scratches, but it’s a tricky plot to solve. The pace will be fast, the finish will be tight and the weather will be miserable, but It’ll be a thrilling affair and a fitting way to say goodbye to a memorable season on the flat.