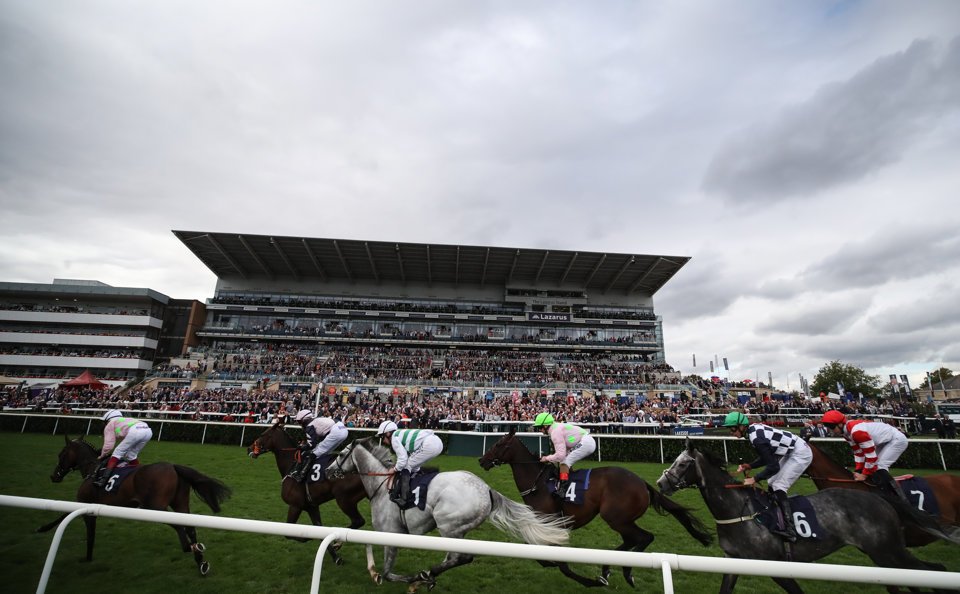 It's the third day of the St Leger meeting at Doncaster this afternoon.

After picking out four winning tips yesterday afternoon, Nick Seddon runs through this afternoon's card at Doncaster, and picks out a bet in each race.

A wide-open renewal of the Sceptre Stakes, in which it could be worth taking a chance on Pretty Baby. Admittedly, she's not been at her best on her last two outings, disappointing on her most recent start at Goodwood last month, though she was poorly drawn on that occasion and could be worthy of another chance provided she can replicate the form which saw her win a Group 3 contest on reappearance at Lingfield in May. Angel's Hideaway, the in-form Di Fede and the unexposed Farzeen are several to consider in opposition.

Saroog arrives here in fine form, having completed a double in good style at Newmarket last time out, and with a 5 lb penalty unlikely to hold any fears, he's a strong choice to complete the hat-trick under William Buick. Charles Kingsley and Theglasgowwarrior head up the dangers.

Stradivarius arrives here as the undisputed king of the staying division, and his claims are obvious, but he's a restrictive price and it is a minor surprise to see him take his chance here considering connections opted to go straight to Champions Day last season. Bearing in mind that he's entitled to find this coming rather soon after sealing the £1 million Stayers' Bonus at York last month, I'm going to sportingly take him on at the prices with Dee Ex Bee. Admittedly, he's in the same boat as Stradivarius in terms of facing a quick turnaround, and has chased home that rival on each of the last three occasions, but he's a tough, genuine sort, and would be dangerous if allowed to have things his own way up front.

An interesting renewal of the Flying Childers, in which a narrow preference is for Alligator Alley. He's taken a notable step forward the last twice, winning a listed contest in good style at York last time out, and he has leading claims here on the back of that with the possibility that there's more to come yet. A'ali found the step up to Group 1 company too tough at Deauville last month, but is a big threat here now back in calmer waters.

Molatham had the misfortune of bumping into Mums Tipple at Ascot on debut in July, but he acquitted himself well that day - only going down by a narrow margin - and looked a good prospect in his own right when getting off the mark at the second attempt at York last time out. There's likely more to come from him yet, and he's a strong fancy to take his record to two wins from three outings. Visinari was slightly disappointing at Goodwood on his most recent start in July, but that is proving to be a particularly hot race, and he is dangerous if able to bounce back this afternoon.

It's interesting to see the newcomer Raaeb so well-supported in the market this morning, and although he's sure to go well for his powerful connections, preference is for the once-raced Maori Knight. He showed plenty of ability when finishing third on his debut at Newbury in July, getting into gear well in the closing stages, and he's fancied to put his experience to good use here and get off the mark at the second attempt.

An open-looking eight-runner handicap, in which Flavius Titus earns a narrow vote. His most recent run in the Stewards' Cup was a total write-off, but it's easy to forgive that effort considering how the race panned out that day, and it would be no surprise to see him quickly bounce back to form for his in-form yard, arriving here just 3 lb higher than his last winning mark. Enjazaat was another who struggled in a hotter race last time out, but is lurking on a good mark in his own right and can chase the selection home.

Storting got off the mark at the seventh time of asking in really good style at Pontefract last month, and in the hope that the penny has dropped with him, he's taken to complete a quickfire double on today's terms. Both Light Up Our Stars and Sandret have similar profiles, and can chase the selection home in the finale.