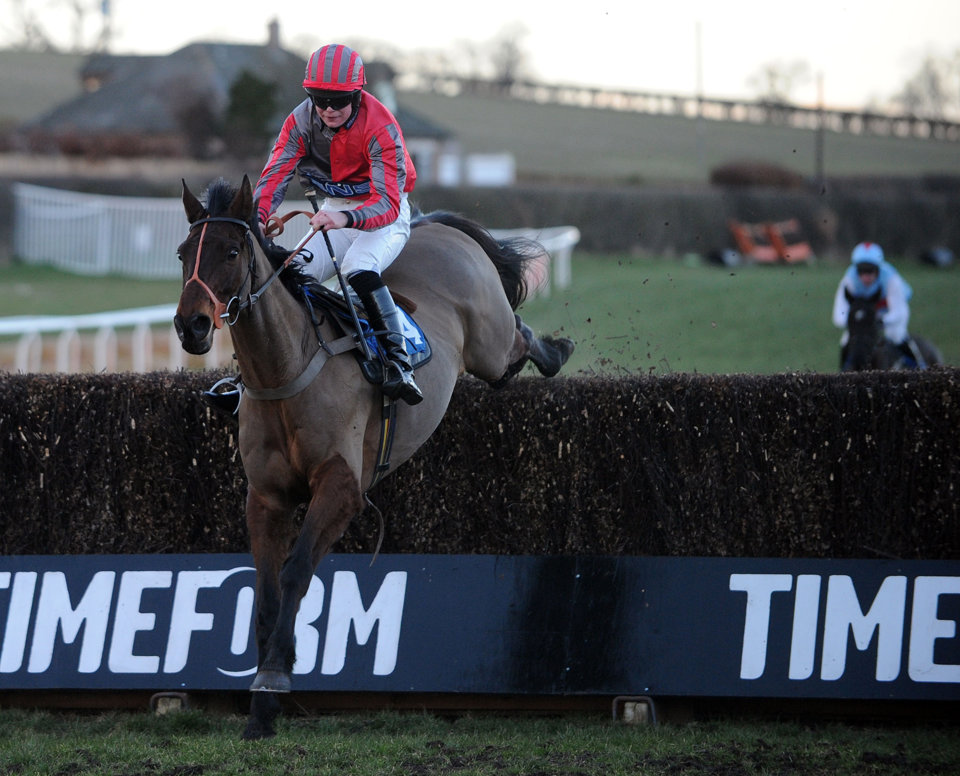 We've picked out a bet in each race at Kelso this evening.

We've taken a look at this evening's card at Kelso, and have picked out a bet in each race.

An intriguing opener to the card, which features three last-time-out winners in the form of Clearance, Raashdy and Carry On. It is the latter who is the most interesting of the trio, having built on a promising debut to get off the mark at Bangor last time out, and he looks the most likely to defy a penalty and follow up. Clearance has won twice on the Flat since opening his account over timber at Stratford in August and is a big danger, while Lucky Flight is the most interesting of the newcomers.

A handicap chase which is distinctly lacking in quality, meaning that it could be worth taking a chance on Pena Dorada. Admittedly, the 12-year-old isn't the most reliable horse in training, but he's enjoyed a productive summer, winning at Cartmel in July, and bounced back from a poor run at the same track a month later when finishing second over three miles here last time out. Provided he's on a going day, he looks up to returning to winning ways off his current mark in a winnable affair. Spinning Scooter conducted himself well in a stronger race than this at Sedgefield last time and is a big player back down in grade, while Packettotherafters is another to consider.

Ardera Cross is flourishing at the moment, and scooped a valuable prize when completing a hat-trick under a good ride at Cartmel last time out. A 2 lb rise for his latest success looks more than fair, and provided he receives a similarly forcing ride from Sam Coltherd this afternoon, he's likely to prove tough to peg back in his pursuit for a four-timer. One Night In Milan has won three of his last four starts and will be a big threat if ready to go after an extended absence, while Beeno is another who has been running well at Cartmel at the moment and is another to consider.

Beautiful Ben has made a positive start for his new yard in four starts since switching to the Laura Morgan team, winning a chase over two miles at Perth in July, and while he was unable to follow that up at Market Rasen last time out, finishing third, that was still a solid effort, and he's fancied to go close now eased 1 lb in the weights by the assessor. He's taken to return to winning ways at the chief expense of My Renaissance, who unshipped his rider at Sedgefield last time but had won at the same course prior to that, while Welcome Ben and Honourable Gent are two more who enter calculations.

Looks Like Murt has shown plenty of ability in three starts so far, placing on each of his two outings over hurdles, and this looks a good opportunity for him to open his account over timber at the third time of asking. Winding Roe placed on all four of his starts over hurdles to date and looks similarly capable of winning a race of this nature so is respected, while Charming Dream is no forlorn hope if he can repeat the form he showed when second on his hurdling debut at Hexham back in June.

Cesar Du Gouet bounced back to form after a wind operation when finishing a solid second in a chase at Stratford last time out, and he looks to have leading claims of returning to winning ways over the smaller obstacles off a much lower hurdling mark. Prince Khurram has produced solid placed efforts the last twice and is respected, while Canford Thompson completes the shortlist.