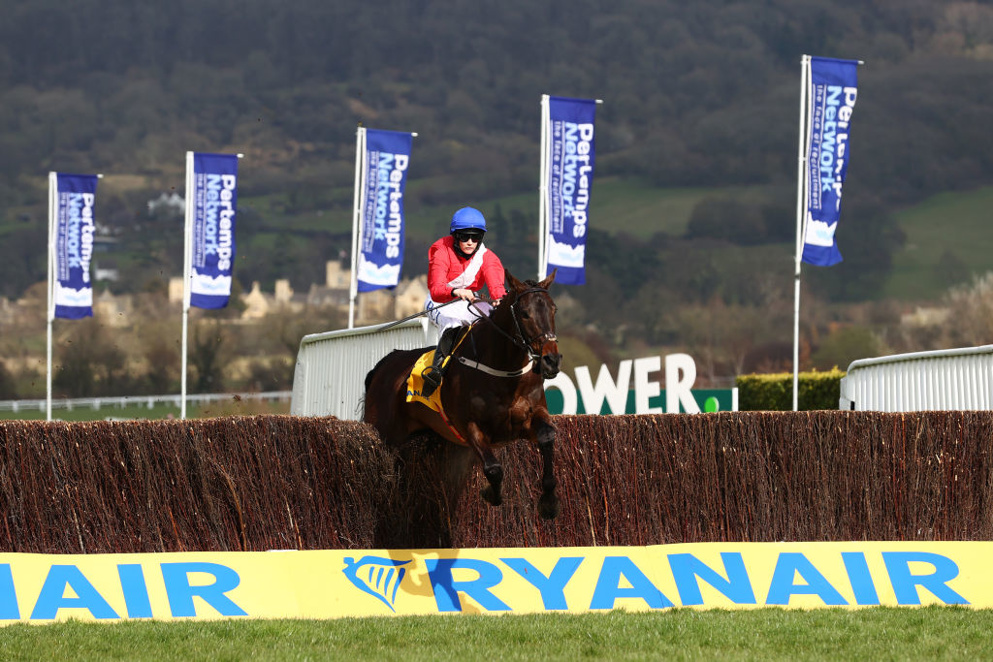 Allaho is a red-hot favourite for the Ryanair Chase.

Top class chaser Allaho is the star attraction among 14 entries for the Grade 1 Ryanair Chase, which is set to take place on day three of the Cheltenham on March 17. We take a look at the latest list of entries for the 2m 5f race, as the Willie Mullins-trained star aims to retain the crown he won in fine style 12 months ago...

An obliterating 12 length success in the Ryanair last season, Allaho has continued to produce dominant performances this season, and showed his class when beating an excellent field in the John Durkan Memorial Chase at Punchestown on his comeback run. Building on that effort next time out at Thurles, Allaho eased to victory over the Joseph O'Brien-trained Fakir D'Oudairies, which cemented his place as a clear odds-on favourite for the Ryanair Chase, which has attracted some eye-catching entries.

Shock Irish Gold Cup winner Conflated is likely to prove one of the leading challengers to Allaho's crown, and while he holds an entry in the Cheltenham Gold Cup, he's expected to be sent here by trainer Gordon Elliott. Producing a sparkling front-running display to down Gold Cup hero Minella Indo at Leopardstown last month, the Cullentra House inmate is set to put it up to Allaho, who is likely to be one of the shortest priced favourites of the week.

Dan Skelton's Shan Blue hasn't been seen since falling when having the Charlie Hall Chase at his mercy at the start of the season, but he will drop back in trip for a crack at this prize, while the Colin Tizzard-trained Eldorado Allen is set to take his chance for this event, and he was last seen winning the Denman Chase at Newbury.

Willie Mullins does have the star attraction in this race in Allaho, but the legendary handler does hold a few entries in the contest and the pair of Melon and Janidil can't be completely discounted, if they take their chance, but Melon was entered for the Stayers' Hurdle on the same day, so it will be interesting to see where he runs. Both Energumene and Chacun Pour Soi have been given entries, but both are set to take their chance in the Queen Mother Champion Chase on Wednesday.

Asterion Forlonge is another from the Mullins camp that would be a fascinating contender, as he has shaped with real promise at times this season before suffering late falls, and while he could be Cheltenham Gold Cup bound he could be sent here, and would be an intriguing contender.

Of the others, Saint Calvados was runner-up behind Min in the 2020 Ryanair Chase, and he is set to take his chance for Paul Nicholls, while the Tizzard-trained Lostintranslation, Henry De Bromhead's Envoi Allen and Nicky Henderson's Mister Fisher would add notable depth, if they take their chance.