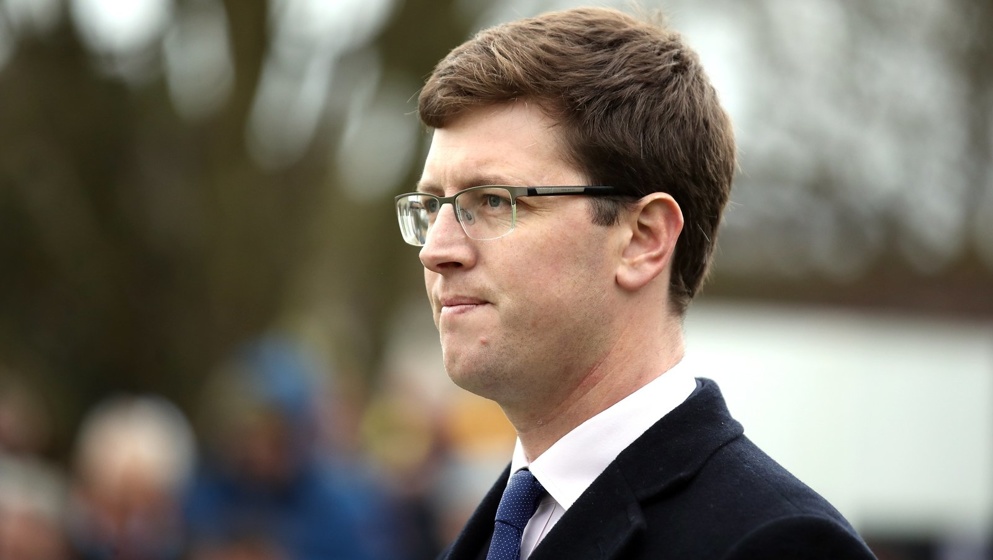 Harry Fry looks to have a staying chaser to follow in Captain Drake.

Nick Seddon reviews the weekend’s action at Uttoxeter and Southwell, and picks out three horses who he thinks are worth adding to your trackers…

Having put down a total of 5000 metres of frost covers on the track in the run-up, Chepstow were rewarded with being able to stage their rescheduled Welsh Grand National card on Saturday, which included the Grade 1 Finale Juvenile Hurdle - a race which often acts as a good pointer for the Triumph Hurdle. The last winner of this race to follow up in the Triumph was Defi Du Seuil in 2016-17, and the David Pipe team will be hoping to follow in his footsteps with Adagio, who was an impressive two and a half length victor on Saturday.

The four-year-old has improved on each of his four starts since moving to Britain, impressing with the way he was able to pull clear of a smart-looking rival in the Gary Moore-trained Nassalam in the closing stages. That rival had decimated two minor races before lining up here - and this form will likely prove strong - though there wasn't too much substance to the form in-behind, with the third-placed Houx Gris finishing 20-lengths behind the front-pair on his British debut. Adagio is now as short as 10/1 for the Triumph in March, and although he's one to seriously consider for that, he'd likely need more in what will be a much deeper race at the Cheltenham Festival.

Instead, the eye in the ante-post market is drawn to the Gordon Elliott-trained Duffle Coat, to whom Adagio paid an excellent compliment at the weekend. Indeed, Duffle Coat is unbeaten in his four starts over timber to date, and readily accounted for Adagio in a Grade 2 contest at Cheltenham in November, despite shaping as though he was still learning on the job. Admittedly, we haven't seen him on course since, but he's a very attractive-looking 12/1 chance for the Triumph at present, and with winning course and distance form already under his belt, he looks a good ante-post bet at this stage.

The Welsh National tends to be a wide-open betting heat, though punters have a good recent record in the race, and the Evan Williams-trained Secret Reprieve continued that trend, returning home as the third winning favourite of this in five years. The eight-year-old was 8 lb well-in at the weights for this courtesy of his victory in last month's National Trial, and there should be plenty more to come from him yet as a staying chaser, having accounted for an up-to-scratch field despite suffering from issues with his tack in-running.

Indeed, this form looks strong, and another to take out the race could be the fourth-placed Captain Drake, who shaped very well for the Harry Fry team. The eight-year-old showed an aptitude for extreme tests of stamina when finishing a fine second in last season's Midlands Grand National at Uttoxeter, and having taken a little while to warm up this term, he very much matched that effort here. He looked in need of further when fifth behind Secret Reprieve in last month's Trial, and in a first-time tongue tie, he travelled well into affairs and boxed on really well in the closing stages.

Although he was beaten six lengths at the line, it took three smart rivals to defeat him, and he generally jumped soundly throughout - something which has let him down during his races in the past. Captain Drake is unlikely to go up too high in the weights for this effort, and it would be no surprise to see him make his presence felt in another regional 'National' next time out; with both the Devon National and the Midlands National springing to mind.

Switching to the sand, Southwell hosted a seven-race Flat card on Sunday afternoon, and the eye was firmly drawn to Castle Quarter, who could prove to be a productive recruit for the Mick Appleby team this year. A two-time winner on the tapeta at Newcastle, Castle Quarter was having his first run for Appleby since switching from Seb Spencer, and there was plenty to like about his effort to finish second on what was his first try on the fibresand.

Sitting prominently throughout, Castle Quarter was soon locking horns with Palazzo rounding the bend for home, and although he showed plenty of endeavour to win that particular battle, he would ultimately lose the war on this occasion, being picked up by the more patiently-ridden Maykir in the closing stages.

Castle Quarter appeals as one who's well-handicapped at the moment though, and he was able to take his chance off 62 here, a mark which is 3 lb lower than his last winning figure. It's unlikely that he'll be punished too heavily for this by the assessor, and he looks capable of putting together a little sequence of good form for his new owners Diamond Racing - while proving himself to be an enjoyable Christmas present for my dad in the process.