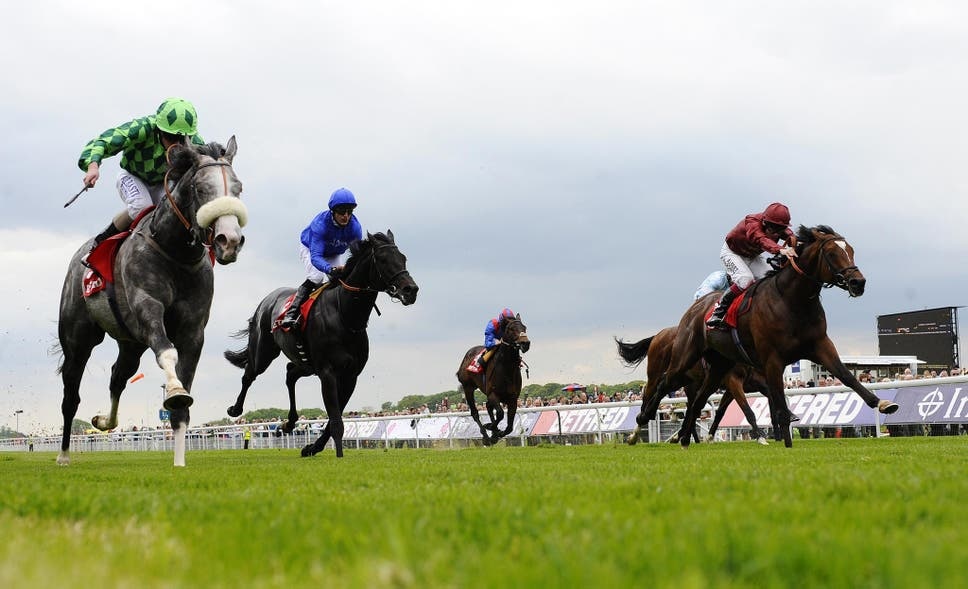 Today's tips come from York and Newmarket and Chelmsford.

There are six bets for today’s racing at Chelmsford, Newmarket and York.

Richard Kingscote teams up with his old ally Tom Dascombe aboard the ultra-consistent juvenile EVER GIVEN (NAP - 1 point win bet at 4/1). Out of a Group-placed mare, this son of Kodi Bear has made a fine start to his career with four wins, a second and a close fourth from seven races to date. He won a valuable sales race over this course and distance back in August and then lost out by just a neck in another 20-runner contest at Doncaster last time out. On that form, he is well worth a try at Listed level and looks to have a rock-solid chance today.

This extended ten-furlong handicap can go to SKYCUTTER (0.5 point each way bet at 25/1), who will be making his fourth start since being recruited from France. His first two efforts saw him go very close at Ripon and Newbury (beaten a neck both times) and although there were no obvious excuses at Ascot last time out, I am prepared to put a line through the run.

After ending 2020 with a comfortable win over this trip, he finished second on his seasonal reappearance (first and third have won since) and then ran well in a Listed race at Chantilly back in May. His momentum got checked when going for a run up the rails that day but he kept on under a hands and heels ride to finish within four lengths of a horse that went on to be fourth in the Group 1 Prix Du Jockey Club next time. The horse in second has also run well since, finishing a close second in Listed company, so the form looks strong.

He drops back from 1m4f today and should relish the ground conditions, officially described as good to soft (soft in places). Billy Garritty, claiming 3lbs, gets back on board and this horse looks very fairly treated off a mark of 90.

Two catch my eye in this prestigious handicap over a marathon trip. It is hard to ignore the recent record of trainer Willie Mullins in this race and he saddles six in his attempt to win it for the fourth consecutive year. The pick of those could be the Colin Keane-ridden MICRO MANAGE (0.5 point win bet at 14/1), who has won three of his six starts on the Flat and is completely unexposed in this sphere. Having won a Curragh handicap by 12-lengths as a three-year-old, he was then placed in a Group 3 before being considered good enough to go for the Group 1 Irish St Leger last season. He has only raced once on the Flat since then and that resulted in an easy win at Galway when prepping for today. He took in two big-field hurdles contests over the winter so should have no problem with the hustle and bustle of this.

I also like the Donald McCain-trained GOOBINATOR (0.5 point win bet at 22/1), who has long been considered a very talented performer but has apparently taken time to recover mentally from a bad fall at the start of the year. He is improving with each start on the Flat and comes here off the back of consecutive wins at York and Haydock. Strong at the finish over two miles last time out, he looks one of the strongest stayers in the field.

The last race of the day can go to THE WHIPMASTER (1 point win bet at 11/2), who drops down in to a Class 5 after making his last three starts in much stronger company. Prior to his heavy defeat over a longer trip at Newcastle last time out, he had won two and been placed in three of his six starts since being gelded over the winter. Ten furlongs around Chelmsford looks ideal and he will race off just 9-7.

At a big price, I’m also taking a chance on AJAX TAVERN (0.5 point win bet at 28/1), who should relish the return to an artificial surface having failed to take to hurdling over the summer. He has plenty of All Weather references in his pedigree and finished a close third on his only previous start on the Polytrack here at Chelmsford. That came in a higher grade and he is rated 3lbs lower today.