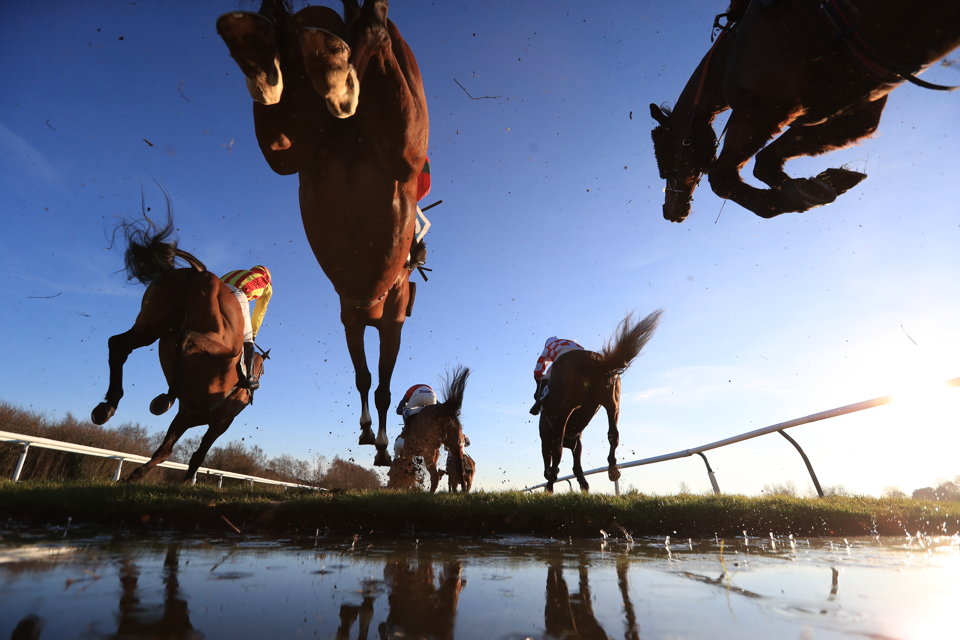 There are two bets for today’s action at Leicester and Newcastle.

If Leicester survives its morning inspection, I’m looking forward to seeing JIMMY THE DIGGER (NAP - 1 point win bet at 11/2) make his fourth start over fences. A comfortable winner on his chasing debut at Uttoxeter, he has finished third in both races since resulting in the handicapper dropping him a couple of pounds to 118. His jumping has been generally good and he should get a good sight of his fences as he likes to race prominently. Although most of his races have come on good ground, his bumper win at Ludlow came on soft and that performance resulted in glowing comments from connections. He shouldn’t therefore be inconvenienced by the slower surface, especially as this represents a drop back in trip. Somekindofstar is feared most and at a huge price, I wouldn’t discount a good run from Rob The Getaway.

A winner off a handicap mark of 90 on turf back in 2018 and third in a Class 3 race over this course and distance off 82 earlier this year, LORD OBERON (1 point win bet at 9/2) lines up off a carer low mark of just 71 today and has also been eased slightly in grade. This Karl Burke-trained six-year-old likes to race prominently and should therefore benefit from this return to a small field. His form figures when lining up in races with 8 or fewer runners reads 11356113, improving to an impressive 31111 when only considering races on the All Weather. The majority of his wins came on the old Fibresand surface at Southwell but he is also effective on Tapeta and can land his first win on it tonight. Of course, he will need to bounce back to form having been beaten here twice earlier in the month, but he has plenty in his favour and will be making just his 13th start in this sphere. The biggest dangers are Shalaa Asker, still lightly-raced on the All Weather, and Blue Flame, who is sent on the long journey north from Newmarket.

#AD Minimum deposit of £10 using deposit code 30F - A qualifying bet is a ‘real money’ stake of at least £10 placed on any sports market - Minimum odds of 1/2 (1.5) - Free bets credited upon qualifying bet settlement and expire after 7 days - Free bet stakes not included in returns - Casino Bonus must be claimed within 7 days • To withdraw bonus/related wins, wager bonus amount x40 within 14 days • Wagering req. vary by game • Withdrawal restrictions and Full T&C’s apply. 18+ begambleaware.org
get offer
Bet £10 Get £30 In Free Bets
#AD 18+. Play Safe. New customers using Promo code H30 only, Min £10/€10 stake,  min odds 1/2, free bets paid as 2 x £15/€15, free bets credited after  settlement of first qualifying bet, free bets will expire 30 days after  the qualifying bet is placed, payment method/player/country restrictions apply.
Welcome Offer
#AD Bet £10 & Get £50 in Free Bets for new customers at bet365. Min deposit requirement. Free Bets are paid as Bet Credits and are available for use upon settlement of bets to value of qualifying deposit. Min odds, bet and payment method exclusions apply. Returns exclude Bet Credits stake. Time limits and T&Cs apply.
Bet £10 Get £20 In Free Bets
#AD Min stake £10. Min odds 1/2 (1.5). First bet only. Free bets expire in 7 days. Cashed out bets won’t apply. Payment method restrictions. Online UK customers only. 30 days to qualify for £20 in Free Bets. 18+. T&Cs apply
Bet £10 Get £40 In Bonuses
#AD 18+ New customers only. Opt in and place a £10 bet on Horse Racing at odds of 2.00+ within 7 days of opening a new account; excludes cashed out bets. Receive 3x £10 Horse Racing Free Bets, valid on set events only at odds 2.00+. Plus, a £10 Slot Bonus, selected games, wager 20x to withdraw a max of £250. Bonuses expire in 7 days. Card payments only. T&Cs Apply. Please Gamble Responsibly.
Bet £10 Get £60 in Bonuses
#AD New UK customers only. Register using the promo code BETFRED60, deposit and place first bet of £10+ on Sports (cumulative Evens+) within 7 days of registration. First bet must be on Sports. £20 in Free Bets to be used on Sports, £10 in Free Bets to be used on Lotto and 50 Free Spins (20p per spin) credited within 48 hours of bet settlement. Further £20 in Free Bets credited 5 days after settlement. Bonuses have a 7-day expiry. Payment restrictions apply. SMS verification and/or Proof of I.D and address may be required. Full T&Cs apply.
Bet £20 & Get It Back As CASH If It Loses
#AD New customers only. Place your FIRST bet on any Horse Racing market and if it loses we will refund your stake in CASH. Max refund for this offer is £20. Only deposits made using cards will qualify for this promotion. T&Cs apply.
Get Up To £100 In Free Bets
#AD New customer offer. Place 5 x £10 or more bets to receive £20 in free bets. Repeat up to 5 times to receive maximum £100 bonus. Min odds 1/2 (1.5). Exchange bets excluded. Payment restrictions apply. T&Cs apply.
Money Back As CASH Up To £20 (APP Only)
#AD 18+ Playsafe. New UK users only. The cash refund will equal the amount of your first deposit up to £20. Payment restrictions & T&Cs apply. 18+ begambleaware.org
Bet £10 Get £20 In Free Bets
#AD. New members. £10 min deposit & bet on sportsbook, placed & settled at 1.5 min odds within 14 days of sign-up. Win part of E/W bets. 2 non-withdrawable £10 Free Bet Tokens: accept in 7 days, valid for 7 days from acceptance (ex. E/Ws & Multiples), stakes not returned. Click here for Rules & Exclusions. Bet Responsibly. BeGambleAware.org. 18+
£25 Free Bet + 10 Free Spins
If your account has Sportsbook losses at the end of your first day's betting, QuinnBet will refund 50% of your losses as a Free Bet up to £25 (min 3 bets) Plus 10 Free Spins on Asgard Warriors. Even if your account is up, you're guaranteed a £5 Free Bet Plus 10 Free Spins provided you place at least 1 bet of £10 or greater at the minimum odds. T&Cs apply | 18+ New UK Customers Only | BeGambleAware.org
£10 Welcome Offer
#AD UK & ROI customers only. 18+. Place your first bet on sports pools and if it loses we’ll refund your stake in cash. Max refund is £10. Qualifying bet is the first sports pool bet added to the betslip. Ten to Follow bets do not qualify. Totewin will be the qualifying bet when a Totewin and a Toteplace bet are struck at the same time. BeGambleaware.org T&Cs apply
Latest racing results
Huntingdon
16:10
Full Result
1st Western Zephyr
7/2 F
2nd Rambo T
5/1
3rd Imperial B G
14/1
Doncaster
16:00
Full Result
1st Flexi Furlough
100/30 F
2nd Steinkraus
9/2
3rd Heure De Gloire
25/1
Lingfield
15:50
Full Result
2nd Fountain Cross
3/1 F
3rd Mighty Power
7/1
4th Matchless
66/1
View All Today's Results