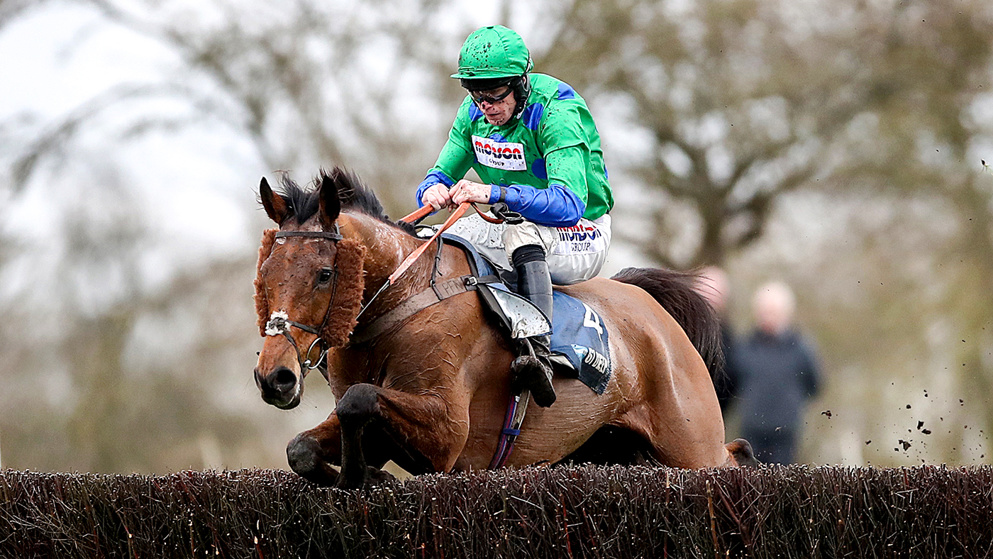 Truckers Lodge was second in the 2019 Welsh Grand National.

Nick Seddon previews Sunday’s Welsh Grand National at Chepstow, which looks likely to be a stamina-sapping renewal in tough conditions…

Run over an extended three and three quarter miles, the Welsh Grand National is one of the sternest examinations of stamina in the calendar, and it regularly produces a high-class staying chaser - with the likes of Synchronised (2011), Native River (2016) and Elegant Escape (2018) all winning the race in recent years before going on to bigger things.

This year’s race seems likely to be run in heavy conditions unless the weather miraculously improves in the next 72 hours or so, and a good place to start looks to be with the Welsh National Trial winner Secret Reprieve, who’s a hugely popular 3/1 favourite for the Evan Williams team at the time of writing.

The six-year-old boasts a rather unique profile for this kind of sphere in that he’s rather unexposed as a second season chaser, but it was difficult not to be impressed with his 12-length victory here at the beginning of the month, when looking a long way ahead of his mark. He’s able to take his chance on favourable terms due to this race being an early-closer (he’s 8 lb well-in to be exact), and provided he handles the extra six furlongs, he’s an obvious candidate for the in-form Evan Williams team - with more improvement over fences a possibility yet.

However, this 20-runner affair will be vastly different to anything that Secret Reprieve has experienced before, and a whole host of rivals are worthy of consideration, including the veteran Vieux Lion Rouge - another who is well in at the weights. The 11-year-old is best known for his exploits over Aintree’s Grand National fences, and escapes a penalty here for his excellent victory in the Becher Chase earlier this month. He has the talent to get involved, and has won here in the past, though this trip may just stretch him and he’s no certainty to back that Aintree performance up now that he’s into the twilight of his career.

Four more who have plenty of experience in this sphere are Yala Enki, Christmas In April, Prime Venture and Ramses De Teillee. The first-named will have to give away weight to the field if he is to be successful, but he is a classy type on his day, especially in bottomless conditions, as he showed when winning the 2018 Haydock National Trial by 54 lengths. He’s been competitive in some tough tasks since switching to Paul Nicholls at the beginning of last season, winning once and placing a further three times from six starts, and he ought to be there or thereabouts again here.

Christmas In April is a dual ‘National’ winner, winning both the Sussex National and the Devon National at the beginning of the year, before struggling off revised terms in the Midlands Grand National in March. He’s clearly at home over marathon trips, and will arrive here fit after a creditable effort to finish second in a similar event at Fontwell in November, but he’ll need more off his current mark. Prime Venture was fourth in this last year, and got off the mark at the 13th attempt over fences at Sedgefield last month. He’s a consistent type who’s proven over course and distance, but he generally finds at least one too good and others are preferred. Meanwhile, Ramses De Teillee was second in this in 2018, but doesn’t always convince with his jumping and looks high enough in the weights at the moment - for all that he’s a likeable type.

Another runner with previous in this race is Truckers Lodge, who was second behind Potters Corner 12 months ago. The eight-year-old was a huge improver over staying trips for Paul Nicholls last season, and gained due reward for his excellent run of form when winning the Midlands National over four and a quarter miles in March. He arrives here off a 16 lb higher mark than last year as a consequence, but he’s still open to improvement as a second season chaser, but will arrive here fit after a run at Kelso in October (for all that he unseated his rider). The particularly attritional conditions should play into Truckers Lodge’s hands, and it would be a surprise if he finished outside of the places.

The @Coral Welsh Grand National goes to Wales! Potters Corner puts up a brave performance to win the feature event for @CWilliamsRacing and @jacktudor9 at @Chepstow_Racing https://t.co/nAfnyeQljm

Like Truckers Lodge, Springfield Fox is a second season chaser, winning a couple of staying handicaps in really good style at the beginning of the year. He unseated his rider in the National Hunt Chase at Cheltenham before proceedings had kicked into gear that day, but he’s open to plenty of improvement over fences and is dangerous off his current mark of 142, having shaped well on reappearance over hurdles here earlier this month. The Two Amigos also ran on that Chepstow card, finishing second behind Secret Reprieve in the National Trial, and although he generally runs well in this sphere, it’s coming up to two years since his last success and others are preferred.

Four more to consider are Cloudy Glen, Bobo Mac, Dominateur and Lord Du Mesnil. The last-named was one of the most progressive chasers in training last season, improving over 30 lb in the handicap, and he signed off with an excellent effort to finish second in the National Hunt Chase in March. His opening two starts of the season - first over hurdles and then over an inadequate trip in the Grand Sefton at Aintree - suggest that the Grand National could well be on his agenda, and it will be interesting how he shapes here, with his jockey taking off a useful 3 lb. He should be competitive on these kind of terms, though the instinct says that he’ll have other days this campaign.

Meanwhile, it’s difficult to set your watch by Cloudy Glen, who has a habit of blowing hot and cold, but he’s talented on his day, and appreciated a marathon trip when winning last month’s Southern National at Fontwell. His poor run at Sandown highlights the fact that he’s no cert to give his running here, but he’s on a good mark and can’t be completely ruled out. Meanwhile, Dominateur has yet to convince that he’s fully at home at such an extreme trip, and would need plenty more than when third in a listed contest at Sandown last month.

Bobo Mac shaped well in the Trial here earlier this month and could have more to offer yet, but at the prices, it could also be worth chancing Captain Drake each-way. The seven-year-old has been a model of steady improvement over fences so far, and caught the eye when second in the Midlands National in March - which was his first try at a marathon trip. He looked in need of further when fifth in the trial earlier this month, but he appeals as one who's on a competitive mark, and the attritional conditions should suit. It will be interesting to see who Harry Fry opts to book for the ride - with the option of a good claimer an enticing prospect - and it would be no surprise to see Captain Drake outrun his odds.