Terebellum a great value play in the Filly & Mare Turf 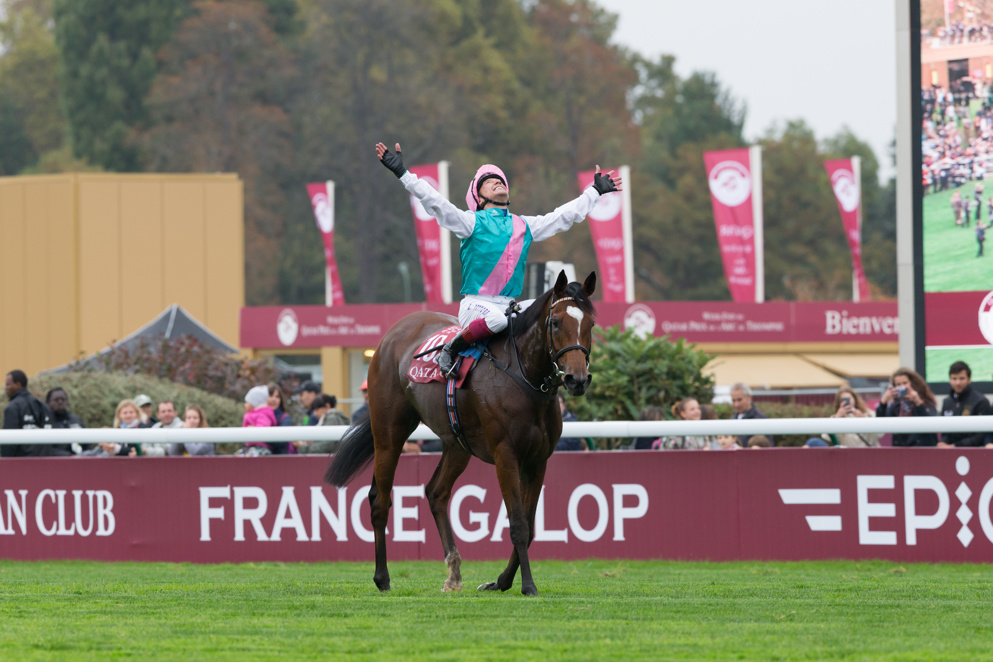 Frankie Dettori could win the Filly & Mare Turf aboard Terebellum

The $2,000,000 Grade I Breeders' Cup Filly & Turf is Race 7 on the card for Keeneland this Saturday as the Breeders' Cup World Championships. Below is our Race Card with all the Morning Line odds and links to our betting partners BetAmerica, TVG and TwinSpires where you can join today and take advantage of their excellent sign-up offers for new customers.

The Filly & Mare Turf features another showdown between Mean Mary (#4) and Rushing Fall (#6), who were separated by a neck last out in the G1 Diana at Saratoga Race Course. In my opinion, these two are head and shoulders better than their North American counterparts since Sistercharlie (#2) seems to have lost a step this year, Starship Jubilee (#1) isn’t quite the same outside of Woodbine, and I don’t think much of the G1 Flower Bowl as a whole.

The margin was certainly narrow in the Diana, but I’m again giving the slight edge to Rushing Fall, who is an incredible 11-for-14 in her career with five of those wins coming over this turf course. This 5-year-old mare is better than ever in 2020, and her abundant early speed virtually assures her a good trip. The distance could be pushing it the tiniest bit for her, however that’s a very small quibble and she’s a no-brainer as a ‘main’ play.

I don’t think Mean Mary was ever going to win the Diana, but it was another major step in the right direction for a filly that has rapidly ascended the ranks in this division after breaking her maiden last fall on this course. Like Rushing Fall she has tremendous early speed, which was on full display when she was gunned to the front in the Diana, and I think she needs to be used on equal terms with that one because any additional ground figures to benefit her as she’s won at distances up to a mile and a half.

As much as I appreciate Mean Mary and Rushing Fall, I don’t think these two American runners are invincible in this spot, potentially leaving the door open for a Euro invader to usurp them. The one I landed on as my top pick in this race is Terebellum (#7). She’s coming off a poor performance on heavy ground at Newmarket, but I think you can disregard that effort as the course she’ll encounter here will be diametrically opposed to the one she just ran on. This filly proved earlier in the year that she’s a top-class runner by nearly defeating Circus Maximus in the Group 1 Queen Anne at Royal Ascot, and one start prior she showed that this distance is well within her scope with a win in the Group 2 Dahlia, which was run on much firmer ground than she’s accustomed to. The tipping point for me is that she’s trained by John Gosden, who is very shrewd in deciding what horses to bring to the Breeders’ Cup, and she’s listed at 20-1 on the morning line. Those odds are probably fantasy, but I do think the value will be abundant with this filly.

I’d also include two other Euros in some capacity, Peaceful (#3) and Audarya (#11). The former, despite a hiccup last out at Newmarket, is an ascendant talent for Aidan O’Brien, while the latter proved in her last race that her win in the Group 1 Prix Jean Romanet was no fluke. If it’s not Mean Mary or Rushing Fall, I think the winner comes from beyond our borders.