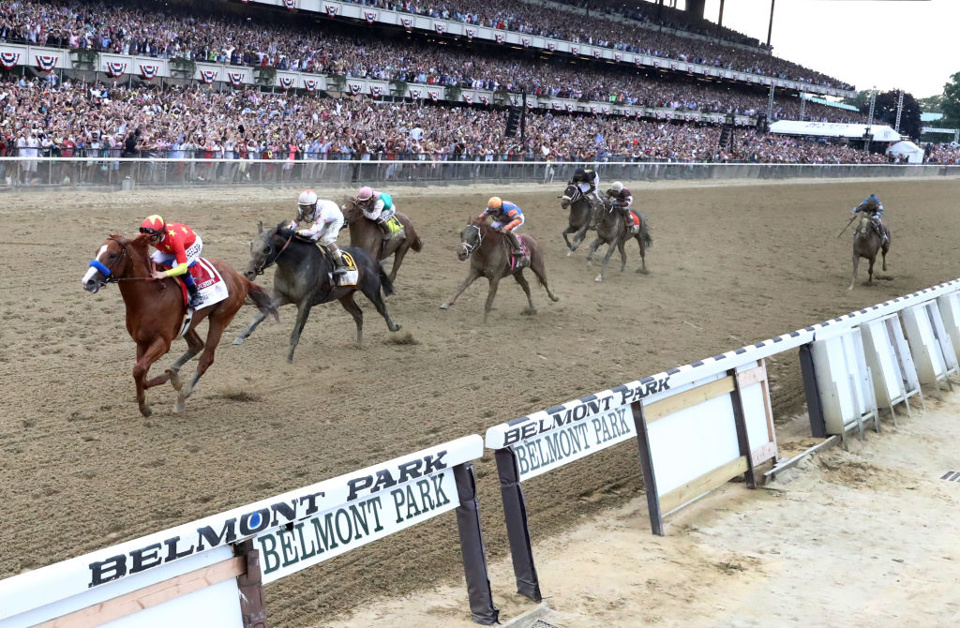 Beautiful Belmont Park is the scene on this Saturday ... NYRA has a solid card, with some major celebrities set to compete. You do not want to miss it!

A Saturday at Belmont is here ... Todd Pletcher's 1-2 score in Belmont Stakes is now history, but it will not be forgotten, especially by Repole Stable. It is time to turn our attention to the rest of the Meet, which does not have long. That runs through mid-July, which will in-turn, give way to celebrated Saratoga. There is much to be done in Elmont ... so, tune in!

Mr. Peter Brant once again took out his checkbook, signing a major free agent at the Keeneland September Sale in 2020. The price tag for this colt by Uncle Mo? Yes, it was $775k … Coming into his 1st stakes attempt, one has to think that trainer Chad Brown will have his young charge ready to go. This is a golden opportunity to not only pursue a major purse, but to see what kind of ability the “on-the-engine” runner has at his disposal. It will not be an easy time of it, but with Flavien Prat in the irons, expect this one to be a winner. I think that 2/1 might be a reasonable price against a field like this one.

The value search through the bargain bin was successful … I landed on this runner that has some major budding talent. Trainer Gary Sciacca has a moderately-sized barn, and he is sending this mare by Handsome Mike back to the Belmont green in hopes of a score. Breaking from that inside post can be tricky on the Widener, but luckily, veteran rider John Velazquez will be aboard. He should have things in-hand, and his mount is incredibly fit. With 6 starts under his belt, that qualifies him as a Belmont stalwart. He should be a superb price too!

We should give Bill Mott a few plaudits for rolling back Speaker’s Corner #5 to run in this year’s Nerud. Of course, in the Met Mile H. (G1) he was well-beaten by John Sadler’s Flightline. This time around new jockey Jose Ortiz is going to try and get his mount home. The problem is that the son of Street Sense is going to face Todd Pletcher’s Life Is Good #1. We all know that the 4-yr-old by Into Mischief is full of class and early speed. Even though this one failed to hit-the-board in the Dubai World Cup (G1), he still has the ability to return to the Breeders’ Cup later this year. Will it be in the Dirt Mile (G1) or the Classic (G1)? Wait and see … In the meantime, Flavien Prat takes over the riding duties from Irad Ortiz … a worthy substitute. We could be looking at a major speed duel between these two “early-goers,” and that could give a “closer” the chance to make up ground … eh? Well, I am not too sure that will happen. The other 3 that are showing their faces just do not have the class. Another match race is in-store at Belmont in the sprint division … Pletcher’s LIG gets it done.