Commentary: The Polarization of the Horseracing Integrity and Safety Act 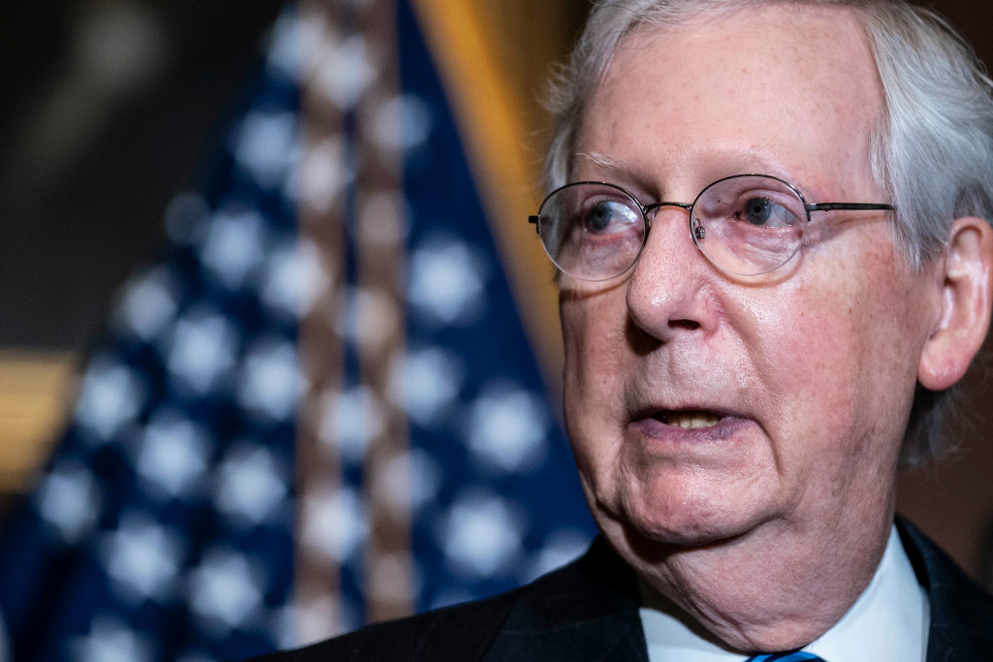 The Horseracing Integrity and Safety Act, passed with the assistance of Senator McConnell (pictured above), is now a law,,, but a lawsuit was filed this past week attacking its very constitutionality. Read J.N. Campbell's commentary on what this means for the sport and its future.

It all appeared to be a major victory for the sport of horse racing. In the last days of Majority Leader Mitch McConnell’s (R-KY) reign over the Senate, a massive COVID Relief Bill was in the final stages of birth. Then, in Thoroughbred land, as if almost miraculously, the Horseracing Integrity and Safety Act (HISA, for short, although with Horse and racing now joined), all of sudden came to fruition.

McConnell, reversing years of silence on the matter, channeled another certain senator from his home state of Kentucky by the last name of Clay, and worked his procedural magic. The “Master” orchestrated a symphony of words, handshakes, and promises. We all got a lesson in legislative politics that your high school government teacher only dreamed about. The turfwriting fiber was burning up, and quotes aplenty were fired like it was the Kentucky Derby meeting July 4th festivities. Once the smoke cleared though, and it did take some time, it was apparent that there were those that declared victory, and others who felt the sting of a major loss.

The list of support for the HISA is long and distinguished, with the Jockey Club of America lined up behind a bevy of tracks, owners, trainers, and even the National Thoroughbred Racing Association (NTRA). Throughout these past few years, as bi-partisan support was being wrangled, pro-HISA groups pointed to the necessity for federal oversight including aspects of the “Industry” that seemed like a series of runaway trains. The Interstate Horseracing Act of 1978, they said, offered too much authority over interstate wagering, thus creating fiefdoms that were a loose conglomeration of laws and whims. In the end they argued, the HISA would provide authority under the Federal Trade Commission’s watchful eye, and an independent body of regulators that would hash out who could lead and who couldn’t.

Likewise, the loyal opposition, which was present even before the HISA was used as an acronym, admitted that changes were necessary. They saw the mistreatment of animals, the drug use and illegal injections, and understood that image was everything. What they didn’t want was a federal regulatory agency painting with a broad brush, and putting their own enemies in positions of usurpation. That could be a death knell to their own bailiwicks. One of the central questions that this anti-federal consortium wanted to know was who exactly was going to pay for the testing, administration, and the like? It all seemed muddled. Leading the charge is the National Horsemen’s Benevolent and Protection Association (HBPA), and many of its affiliates. With a cadre of local support, these organizations claim to speak for horsepeople, protecting their interests above all others—voice to the voiceless.

News broke this past week that the HBPA and its army of local supporters had filed a lawsuit in the U.S. District Court for the Northern District of Texas against, among other things, the unconstitutionality of the HISA. In other words, the language of the new law is vague and unsubstantiated, plus there is this central issue of who exactly is going to hold the high ground when it comes to the actual construction of rules and regulations. Everything, so says the HBPA, seems hasty and haphazard when it comes to the passage of McConnell’s HISA. The way it happened was sneaky, pork barrel-esque at its best, and nothing short of the old phrase co-opted during the Jacksonian Era, “To the victor go the spoils.”

At this point, lines are being drawn heavily in the sand, as sides shore up their defenses for an impending war. I am not sure how it is going to go, but it seems to me that I am reminded what an old professor told me once about military history, “Before you win the war,” he said authoritatively, “you have to win the peace.” Whatever happens in our judicial system, the members of both camps, and even those that have not declared a side, run the risk of cancelling one another out. This becomes in essence, a civil war, and there is nothing productive or successful in the end about that. However, that may indeed need to happen.

I see both sides of the situation. On the one hand, years and years of no-go launches were perpetuated for a myriad of reasons. Stagnation, image, and loss of everything from tracks themselves to economic hardship brought on by instability, destroyed futures. The will to act grew, but in a way those that wanted to act were forced to turn to a world that they maybe didn’t understand. Politics is a stone table, an altar where ideas and compromise sometimes can be fundamentally broken in half. My sense is that the "good intentions" behind the HISA are sound, but how do we get there, and for that matter, what are the social, cultural, economic costs involved? Do we really know?

That is why Thoroughbred racing, I have concluded, is not an industry. At least not yet… It’s too disjointed, too fragmented, and it is about to undergo a division like it has never seen before. Those of us who cover it, turfwriters, might be witnessing its swan song, its epitaph. We hope nothing could be further from the truth. An epic fight of legal proportions is coming to a sport that is seen as an American treasure and an American tragedy.

I continue to hope that someday a congress of horse racing will convene… maybe even a Tennis Court Oath will be witnessed… or even a Commish who can forge national unity will emerge... For now, fans of the sport, the betting public, the horsepeople, the backstretch workers, and the legions of staff that make every track go, will bear witness to a series of legal battles. The issues of the track have now switched paths to the courtroom. Polarization, instead of dialogue that leads to compromise, now governs the future of the sport for the time being. Is this an industry?

Opt-in for the ROTW Bet Back offer, only required once for all eligible races. Get your bet back if your horse runs second in selected international races, max refund of $10 per race. T&Cs apply. ALL RACES at the following tracks:  Wednesday - Happy Valley (Hong Kong). Friday - Rosehill (AUS), Saturday -  Curragh (Ireland), and Sha Tin (HK). Sunday - Curragh (Ireland).