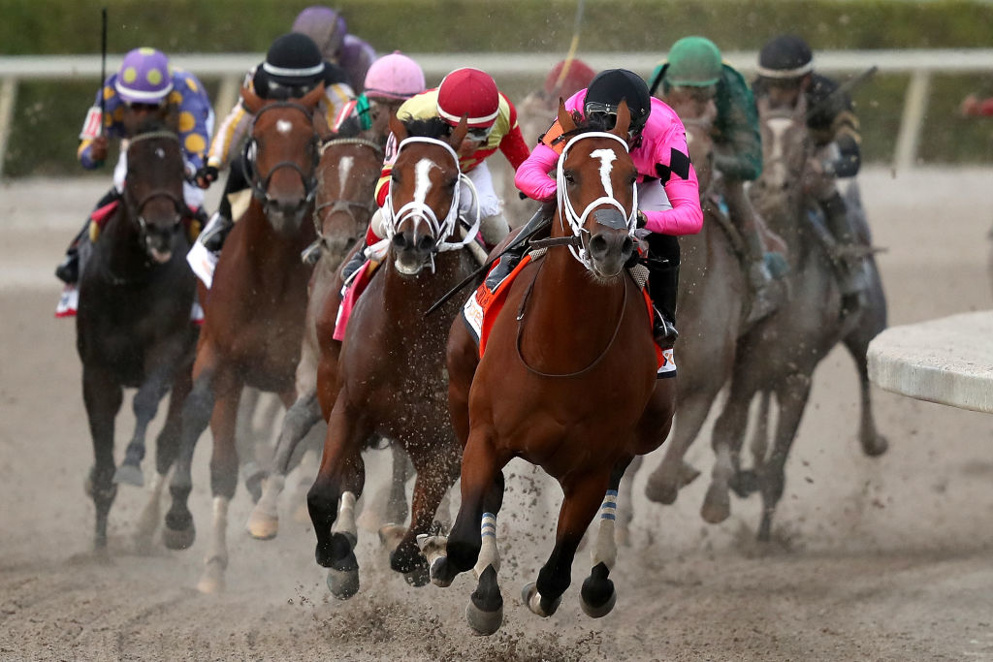 The Florida Derby (G1) is right around the corner... see who J.N. Campbell thinks has the best chance to take on the favorite, Greatest Honour...

Now renamed the “Curlin” Florida Derby, after that legendary star, this Grade I staple on the Kentucky Derby Trail offers 100-40-20-10, in that order, to the top 4 finishers. In the not too distant past, it has been dominated by trainer Todd Pletcher, who has won 5 editions since 2007. Only one of those yielded a Derby Winner—Always Dreaming. The past 2 years saw Maximum Security and Tiz the Law score for conditioners Jason Servis (whose champ was involved in the 2019 DQ Derby and is presently under federal indictment) and Barclay Tagg (whose runner won the Belmont S. and then was retired after the Breeders’ Cup). Now, it is time to crown a new champion.

Bill Mott chose not to send his colt into the Tampa Bay Derby (G2) against stablemate Candy Man Rocket. Saving him for this race was the plan, and if anyone in this race is flying under the radar, it is Nova Rags #1. The last out at Tampa doesn’t carry much of a pedigree, since bettors focus their attention on Gulfstream. However, if you look at how Mott has brought him along, he has majorly improved from 3 to now 4-yrs-old. Junior Alvarado has ridden for this HOF conditioner for years, so they work well together. If this colt can channel some of that magic that he exhibited in the TAM Pasco125k, then it will help. Still, a tall order.

Ian Wilkes is not a trainer who is used to winning Grade I races like this one. He is entering an inexperienced runner called Quantum Leap #2 against some tough competition here. Last out, in a MSW50k he barely nosed ahead for the win at 23/1. This colt was bred by a bigtime sire in Pioneerof the Nile, but even that may not be enough to spring the upset.

Trainer Gustavo Delgado has tried, and then tried again. to crack the GP Derby Series to no avail with Jirafales #3. The Holy Bull entrance led to a distant 5th, then a FOY try yielded another one. At this stage of the game, before the biggest race of their lives, colts need to be ready for a contested pace, and major push down the lane. I do not think that this one has what it takes to make an impact in a race like this one.

Dale Romans has seen all sides of the Derby Trail, even from the perspective of a long shot. I am not sure Southern Passage #4 has the back class to game with the top contenders in this race. He is out of Super Saver, and that is a tick in the “win” column. However, running in MC, OC50k, and Clm50k races is not going to fit the bill. I am not sure I would trust Corey Lanerie in the saddle to get this one home.

Trainer Todd Pletcher was hoping that Known Agenda #5 would be ready to take on Candy Man Rocket and Nova Rags #1 in the Sam F. Davis (G3) at Tampa. He didn’t show, disappointing bettors at such a short price. Not to be undone, his conditioner sent him for a lesser race, an OC75k @GP in late February. Used as a confidence builder, the Curlin colt smoked the field, winning by 11-lengths going 1 1/8th, the same distance as the FLA Derby (G1). Hoping to rebound, he gets the benefit of having Irad Ortiz back aboard, which could make the difference. If you are looking for a 3rd choice in this race, here he is…

Antonio Sano is going to try to “play 2” in this race, and hope to get one of them home. Sigiloso #6 has spend most of this time at Gulfstream Park running on the turf course (some think it is painted dirt). Now switching to the MT, he is going to need some serious frontend speed to keep track of some of these runners. I am not sure that can be accomplished, even with young Leonel Reyes, who is getting a taste of the limelight. Long shot status is in their future…

The head of the class and valedictorian of the Holy Bull (G3) and Fountain of Youth (G2) is Greatest Honour #7. He has gears for Shug McGaughey that other trainers dream of for their own charges. Since coming to Gulfstream Park, he has swept and surged at the proper moment when his jockeys called on him to do so. That ride by Jose Ortiz last time in the Fountain of Youth was a brilliant display of power. He “drained the clock,” literally… Now, he is trying to do something no horse has accomplished in the modern era, a sweep of the GP Derby Series. He can do it. Trust in Shug!

Mark Casee and John Velazquez are together again with an undefeated upstart named Soup and Sandwich #8 who is 2/2. Last time at Tampa, Casse’s Into Mischief colt was excellent. But that was a short field of 3, and now the water is getting much deeper. Still, there is major talent here, and this is one to watch for later in the season because you never know when a HOF trainer like this one is going to strike. This time around is not going to be it.

If there is a No.2 choice in this spot, then it is Saffie Joseph’s entry, Collaborate #9. He has created some major buzz after a 12-length score in a OC75k. Once again, a son of Into Mischief is going to try to class elevate into one of the biggest races of the year. If he can pull off an upset, it will automatically lead to a Derby birth. Joseph has come a long way in a short amount of time when it comes to his conditioning skills. Amazing… Joseph has this runner in this spot after starting his career back in early February. That was not that long ago. Getting the accomplished Tyler Gaffalione aboard could seal the deal.

Along the Derby Trail there are some colts that are more well-travelled than others. Spielberg #10 is one of those runners that seems like he has been everywhere. Coming into this race he represents HOF trainer Bob Baffert’s first foray to the Florida Derby (G1). Ironic, it will be a horse that has run at every SoCal track, and at Oaklawn. The amalgamation of those efforts equates to some quality performances. Speaking of Hot Springs racing, this son of Union Rags closed well in the Southwest (G3) finishing 2nd to Brad Cox’s Essential Quality. If he can channel some of that effort into this race, he might turn into a prize winner. Getting Javier Castellano to ride here, makes Baffert once again a genius of improvisation. Big chance to score this movie, which keeps rolling on…

Antonio Sano’s other entry isn’t going to be as overmatched as his first one. Papetu #11 has some interesting efforts in his past. The problem is that he is woefully inconsistent, which is why he will be double-digit odds come post time. He did hit the board in the FOY against Greatest Honour #7 last time, which is saying something. However, there is way too much to do here for jockey Jaramillo. He is going to require a dream trip.

Join us Saturday for all of our Florida Derby Day selections! Should be a great set of races from Gulfstream Park!