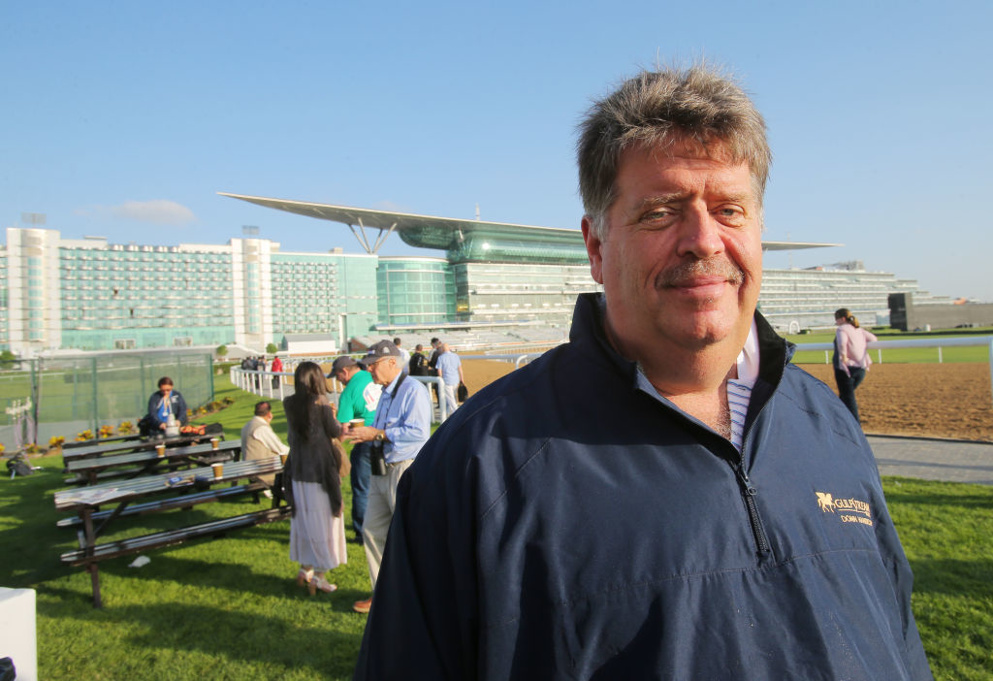 J.N. Campbell is on a Dale Romans horse that is sure to bring some value in one of the Wednesday "features" at Gulfstream. See who it is below ...

The Gulfstream Park Championship Meet is heading towards the midway point in March! A versatile 1st Bet location ... they added Tapeta back in the fall, plus the MT and Turf Course are open for business ... what a myriad of options!

At Horseracing.net/us we have you covered, including all of the action related to the Derby Trail! The South Florida Series put on a harrowing Grade 2 running of the Fountain of Youth Stakes last Saturday. Now, the attention shifts to the final leg of the Sunshine State Derby Trail in early April! That race, the Grade 1 Florida Derby should be quite a contest ... so stay tuned for all the news leading up to it ...

It is a good time for some of the greatest racing that North America has to offer. If you're looking for picks elsewhere around the country this Wednesday be sure to check out our free Horse Racing Picks via the gold button below. Don't forget to follow us on Twitter ... Horseracing_USA !!!

New trainer Jorge Delgado claimed this son of Trappe Shot from Ian Wilkes for Jr Racing. The 6-yr-old gelding is used to tougher company, but Delgado is going to try and flip this one at the same level as last time … Clm35k. Either he thinks no one will want to enter a possible shake, or he is just trying to score some purse money … heading on his merry way. I think this runner is capable of winning because even though he was no match for the winner in that race, his fitness should reflect improvement. Lest we forget … that last Gulfstream contest was his ’22 debut. Being laid off since last April is no easy “thing,” so it stands to reason that Jose Ortiz will have his way with this field. If his mount breaks well … expect a victory.

Here is a filly by Midshipman that did not care for her 1st race with her new barn on the Tapeta surface at Gulfstream. Now, she returns to the MT for trainer Guadalupe Preciado, and I like this move. Jockey Rafael Hernandez gets the call in this spot. Even though his numbers are not quite up to the standards that we would expect of a rider of his caliber, he is no slouch in the saddle. If you go back and look at this conditioner’s numbers 2nd off-the-claim, you will find nothing but gold. This is the right level, and I think this squad has the ability to win. Maybe the tote will hand us an overlay … honestly, anything over 6/1 will qualify as such. Get to the window …

On this Wednesday card, we are going to cast our gaze to this tough little OC contest on the Main Track going a mile around 1-turn at Gulfstream. We find ourselves with a field of 7 runners, and it is woefully obvious that Shug McGaughey’s Café Society #1 will be the race time favorite. This filly by Empire Maker is a homebred from Anderson Farms up in Ontario, Canada, and the designation on the tote is somewhat deserved. In her defense, she did win nicely off-the-pace in an OC25kn1x last time out on this very track, and the distance (as now …) suits her abilities. Junior Alvarado, who took a nasty spill last Saturday in the FOY (G2), gets the call. Thank goodness that he and his mount were safe … I will admit this entry for the HOF conditioner is strong, but I am after some value. I found it, with Dale Romans’ Family Time #5. I liked her as a 3-yr-old, when the filly by Not This Time competed at Churchill in the summer. Her last race was way too big a class leap (G2@GP 29 Jan., Inside Information), so this level seems much more appropriate. Her biggest issue is exiting the gate, and if she can catch a break, her frontend speed is a weapon. Jockey Corey Lanerie is particularly scrappy in situations like this, and this will be his 3rd time aboard. His assignment is simple … make the lead like he did 2 races back. Let’s use Shug’s “chalk,” plus runners like Saffie Joseph’s Allworthy #3 at 3/1, and Chris Davis’ Music City Star #2 at 7/2. Romans and Lanerie are quite a pair of characters, and I would love to see them once again flip the script … they do have that history.