Oaklawn Park Picks: Get Her Number to upset G2 Rebel 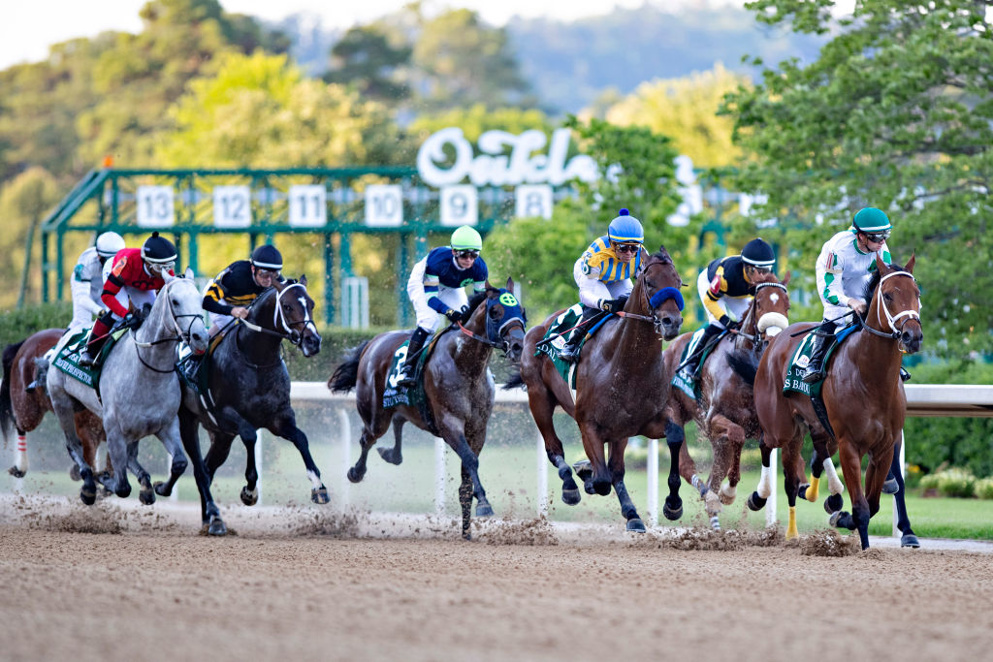 Another round of Kentucky Derby preps has already arrived with the G2 Rebel taking place at Oaklawn on Saturday. Oaklawn's Saturday card is absolutely loaded, and luckily we have our in-house handicapper on the case to break down all of the action with picks and detailed analysis of the Late Pick 4.

The Late Pick 4 at Oaklawn begins in wide-open fashion in the 1 ½-mile Temperence Hill. Given the nature of this race, I thought it best to shop around for prices since I don’t trust any of those that are going to take significant money. The two I landed on are Treasure Trove (#6) and Split the Wickets (#8). My interest in the former stems largely from his trainer Mike Maker, who is downright lethal in marathons. His dreadful performance two back in the Allen Jerkens at Gulfstream may give some pause, however I’m not going to hold it against him that he didn’t want to go two miles and he’s more of a dirt horse anyway. I thought he bounced back nicely last time with a solid local effort, and I’m expecting him to take another step forward as Maker immediately stretches him back out in distance.

Split the Wickets is sort of the opposite of Treasure Trove. He’s already proved to have an affinity for these distances, though he probably has a slight preference for turf racing. Despite that, he ran really well two back on dirt at Churchill Downs, and that race came at a mile and a sixteenth, which is a distance well short of his best. This horse has made steady strides over the past two years, and if he does handle the Oaklawn main track he’s going to be very dangerous.

Finally, I’m also going to use Tenfold (#1) as a ‘main’ play. I know he’s going to be a relatively short price, but I do think he’s in strong form at the moment and he showed in his last start that this distance is not an issue for him. He’s nothing special, but at his best he should be able to win a race like this.

The biggest storyline in the Hot Springs is obviously the return of Whitmore (#6), who fresh off a win in the G1 Breeders’ Cup Sprint to close out 2020 is seeking an unbelievable fifth straight victory in this race. Despite his impeccable record at Oaklawn, and in particular this race, I’m going to take a shot against him with C Z Rocket (#7).

It doesn’t take any great handicapping mind to tell you that Whitmore has reigned supreme over Oaklawn sprints for years. He’s never been outside of the trifecta here, and as previously mentioned, has won each of the past four editions of this race. The stumbling block for me is that he’s now 8-years-old, and although he’s run well despite a limited worktab in the past, I’m worried that his age may finally catch up to him in this spot. Also consider that he was actually in pretty poor form by his standards for much of 2020, and his win in the Sprint came as a surprise (and was in no small part due to a perfectly-engineered trip by Irad Ortiz, Jr.). As a likely heavy favorite, I’m taking a stand against him here given Father Time’s even more sterling record.

C Z Rocket is no spring chicken himself, but trainer Peter Miller had this guy in career form in 2020 after claiming him for just 40k at this meet last year. C Z Rocket has been the model of consistency for Miller, winning five of six starts and routinely earning Beyers in the high 90’s, and I don’t think the margin he was beaten by in the Sprint is as decisive as it appears. While Whitemore got a ground-saving, off-the-pace trip in that race, C Z Rocket was forced to chase wide throughout, staying on well in the stretch despite Whitmore getting the jump on him in the stretch. I think his tactical speed is going to be a big weapon in the Hot Springs, and it should provide him a needed advantage over his more aging foe, though it may not take any regression on Whitmore’s part for C Z Rocket to come out on top.

For our full Rebel Stakes 2021 Picks then check out our special Rebel Stakes Preview with all the Entries and Morning Line Odds listed...

Bookending this sequence with the Temperence Hill, the finale provides another opportunity to search for value. He’s not a huge price on the morning line (though I think it’s possible he drifts up from 5-1), but I am very intrigued by Katzarelli (#11). Some may be turned off by his lackluster 4-year-old debut over this track, but I think it was a useful starting point for a horse that got good last year around two turns. I’m anticipating him moving forward off that sprint effort, and it wouldn’t take much improvement for him to beat this group.

The other two I’ll be using as ‘main’ plays are Truculent (#5) and Off the Meds (#10). The former is actually the favorite on the morning line, but I doubt that comes to fruition in a race as confusing as this. Ultimately what drew me to him is his trainer Cipriano Contreras, who has been sending out live runners all meet long. Truculent has some good dirt routes on his resume and is a threat if he runs back to his last race.

The same can be said for Off the Meds, who has stepped his game up since blinkers were removed two starts ago by his trainer Ingrid Mason. This horse is coming off a win against conditioned claimers that stacks up favorably to this field, and I think he’ll be able to duplicate that effort as he steps up in class. The real selling point with him is that despite a recent local win that points him out to be a primary contender, he could flirt with double-digit odds.