Opinion: The Threshold For the Whip Is Out 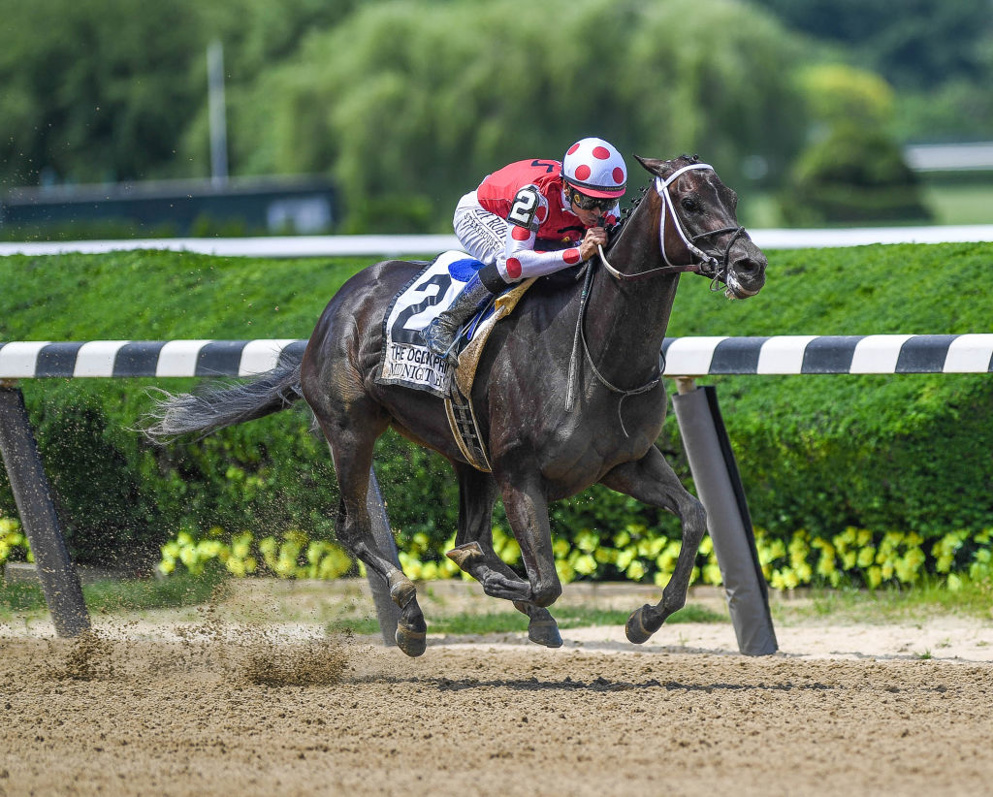 Jockeys like Mike E. Smith will have to get used to the new laws regarding the use of the whip

Right now, the Thoroughbred landscape in America has reached a threshold. This past month brought a number of major changes, including the passage of the Horse Racing Integrity Act in the House of Representatives.

This was, in part, an attempt by different wings of the racing industry to alter public perception of a sport that has undergone majority scrutiny in regards to the treatment of Thoroughbreds. One of the issues that several racing commissions at the state-level have begun to move against is the disuse of the whip by jockeys. Fashion is fading in America.

New Jersey’s RC took the lead on September 16 by claiming they would outlaw the use of a crop starting in 2021 at all of their tracks. Along the Shore and other spots, jocks can carry a small tube that has a soft end, but it cannot weigh more than 8 oz. In the end, the whip can only be used as a method of last resort.

It is sort of cyanide capsule tucked inside a false tooth. “Extreme circumstances” include, a horse being out of control that could endanger either himself, their rider, or both. Stewards under this system will be judge and jury, even heading down trackside to forensically appraise runners to see if evidence of mistreatment exists. Fines and penalties can ensue. It is a progressive move by a state at the forefront of sports betting, and the home of a track with a unique ownership model—Monmouth Park.

Not everyone is enthusiastic about these moves. Jockeys especially are, for the most part, not in the saddle on this one. Recently, I spoke with Terry Meyocks, President/CEO Jockey’s Guild and he responded with the following statement concerning this move by New Jersey: “The Jockeys' Guild strongly opposes the New Jersey Racing Commission rule on the riding crop. It will add additional safety concerns for horse and rider. This will not only affect jockeys, but also impact owners, trainers, and the betting public.” Meyocks isn’t wrong. The ramifications for such a set of moves have yet to fleshed out. Other countries have aggressive policies towards the use of whips, but they have a longer history of rule enforcement.

As New Jersey prepares for the coming year, on the other coast, California seized headlines at start of the weekend. On Friday October 2, the Horse Racing Board instituted a series of new rules to govern the use of the whip at all of their tracks. It was a bold move.

California mainstay jockeys from Drayden Van Dyke to HOF-er Mike Smith reacted to the new form. It was not positive. In their comments, you will find pride and stubborn resolve that Meyocks referenced in his comments. Few of their points referenced safety per se, the major critiques discussed urging and competition, first, and second, how it was virtually impossible to switch whip hands in stride.

If you do not get to exercise some force on the animal because the height in which you could raise the crop was limited, they reasoned, how would the Thoroughbred know to dig deep and win the race? Comments ended with a version of, “It’s not going to work.”

Thinking on these attitudes, I wondered if this wasn’t a case of ostriches sticking their heads in the sand? Jockeys are like kickers on football teams, they have their quirks and superstitions. I recall when some of the new field goal specialists, who were coming into the NFL were barefoot.

Loud guffaws and laughter ensued, and the question was repeated, “How are they going to kick in colder climates?” The same could be said for underhanded free throws in the NBA. Stats show that you can easily earn a higher percentage with the “Granny-shot”, but Lebron and others balked when prodded if they would change. Too much of a social stigma.

This situation with the whip is a bit different, I will grant you, because it deals with rule changes. Those always affect a certain population adversely. Conservative critics do not want to change, especially under political pressure or bow to interest groups or activists.

Still, times are changing, and Mike Smith & Co. will be forced, they must realize that now. This is a matter of what sociologists and cultural observers call the threshold. In other words, this is the moment where jockeys can choose to be rigid or accept the fact that the sport is moving in another direction. Every problem meets this point, the threshold, where the pain is so great that relief must come about to alleviate the issue at hand.

I have no doubts that jockeys face a degree of difficulty that is uber-challenging. Going that fast on the back of a powerful engine, a powder keg if you will, with little equipment to save is perilous. There are only 1,000s of factors that can impact a race. A jockey must be ready for all of them. But they also must remember that in order to simultaneously employ them, and keep Thoroughbreds safe, there must be compromises. Learning to switch whip hands cannot be practiced or learned? Didn’t they spend thousands of hours working on posture and technique? How is this different?

From a macro-perspective, aren’t larger issues, like public perception, international standards, and the continued nationalization/centralization of the sport here in America weighing more heavily on the minds of those in charge than the voices of the jockeys? This isn’t an issue that is easy to solve for racing organizations either. The Jockey’s Guild would do well to keep these points in mind. Don’t you think?

What we do know is that the threshold for the whip is out, though the effects are still uncertain.