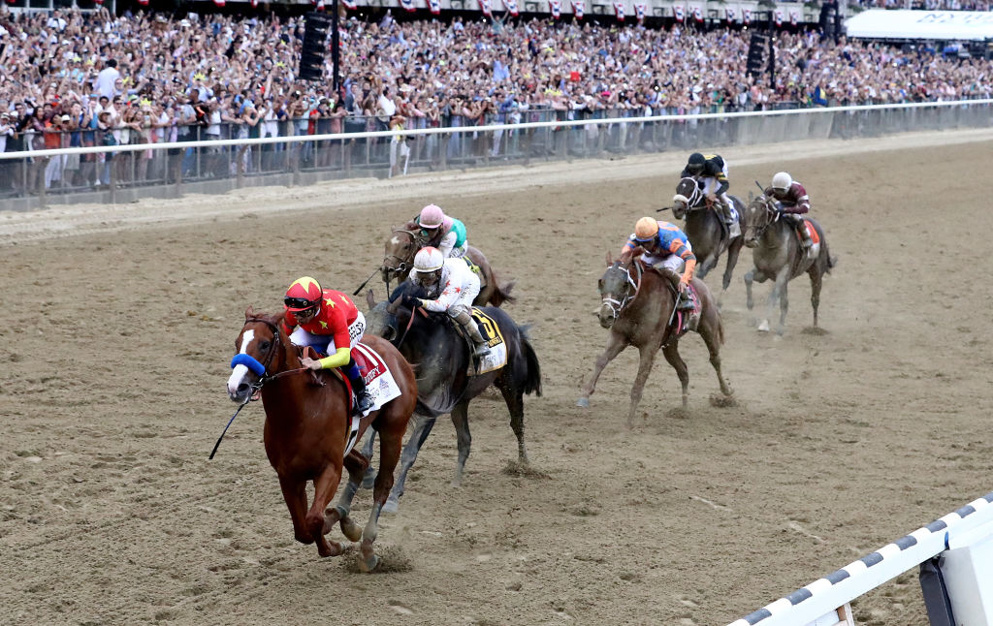 The Grade III Peter Pan can serve as a stepping stone to the Belmont Stakes (G1) for one lucky winner. Who has the best opportunity to follow in the footsteps of the great Tonalist? Find out below . . .

The Grade III Peter Pan S. is a fallback race. Those that failed to impress along the Derby Trail are attempting to earn a spot in the Starting Gate for the last go at a Triple Crown contest on the first Saturday in June. Belmont’s “Big Sandy” is the NYRA spot, and they will travel the backstretch before arriving at the only turn they will face. Their connections are hoping that they can replicate what the great Tonalist accomplished way back in 2014, when he won the “Pan,” and then deflated the California Chrome balloon. Remember DAP’s owner, Steve, he wasn’t happy . . . Since then, few have made an impact on this hallowed G1, but possibly this year could be a different story.

Who will have the opportunity to visit Neverland? Let’s find out about this year’s crop . . .

The Repole and St. Elias Stables are paired once again with Michael Tabor, and that means one tough customer in this spot. This Pletcher colt gets John Velazquez for the first time, and there is nothing like having a Kentucky Derby-winning jockey aboard your son of Curlin. Last out, in the Withers (G3), he was well-behind Risk Taking #6. Still, going 5-wide at the top of the lane was pretty impressive. A step forward will be necessary, if this one wants a ticket to the Belmont S. (G1). It is a possibility . . .

The Michael Shanley homebred was awfully good in the SF Davis (G3), just finishing behind Candy Man Rocket. Trainer Bill Mott has worked this one hard ever since the Florida Derby (G1). There is much to like about this son of Union Rags, and the colt is coming in sharp as can be. Junior Alvarado rode him last time, and that provides some continuity coming into this race. Mott is a master when it comes to spotting and conditioning. He has all the tools to get this one home.

The “other” Pletcher entrant did not care much for the Tampa track, when his conditioner sent him down that way for the Tampa Bay Derby (G2). The son of Constitution ate dust most of the way, and finally when the wire arrived, most were already taking it to the house. Coming back to Keeneland for a high-end OC75k race could have resulted in another disaster, but the short-priced colt was game down the stretch. Luis Saez returns for the 5th time, and I fully expect a much better result. Pletcher does have a way with them. That speed fig he posted @KEE was pretty incredible. Value play vs. Klaravich entrant . . .

Here is a runner that is in way over his head. Tom Albertrani is going to have to hope some of the training he has poured into this one in a short amount of time sticks. This colt out of Ghostzapper is in no way poorly bred, and the distance should suit from a pedigree standpoint. However, without much experience, other than a MSW80k race back at Aqueduct in November, the competition he has faced is non-existent. Jockey Jose Ortiz is tasked with making something out of nothing. It will not be easy.

Here is another runner that is short on “tries” around an oval. This son of Mshawish probably belongs on turf, but John Terranova is going to have a go on the dirt in this tough G3 contest. I do not expect much from this one because the last time he ran at Aqueduct in a MSW80k race he failed as the favorite. Sure, it was 2nd place finish, but that was against only 5 other entries. Kendrick Carmouche is back aboard, and he is going to try another bank shot from the stands. Don’t ever count him out! This jock has major game.

One of the prides of Klaravich’s powerhouse stable is getting back to it after a disappointing 7th place finish in the Wood Memorial (G2). Team Pletcher tag teamed the red/white “KS,” and they missed out on Derby Trail glory. No matter . . . this is a squad that jumps right back up, and enters the next race. Chad Brown figured that holding this one for the “Pan” was the way to go. He might be correct. You get one of the world’s greatest jockeys in Irad Ortiz to ride once again, and that should make for a very difficult opponent for the rest of this field to take. Will be an underlay at post time, whatever the odds end up being.

Check out all of our handicapping selections on Saturday, as we enjoy another Belmont Saturday!