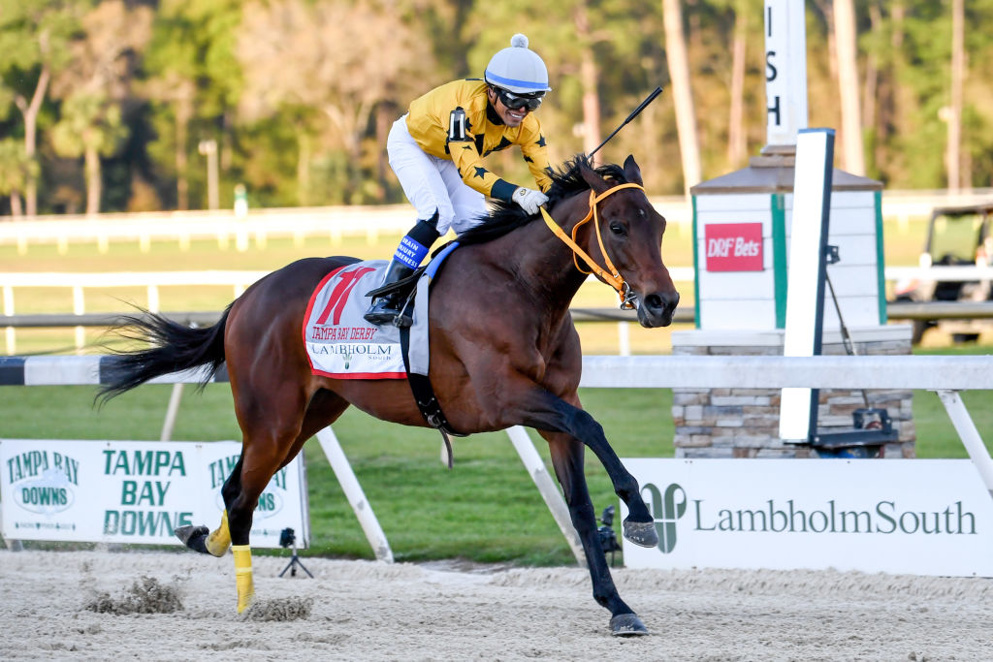 King Guillermo is going to try and right the ship, as he comes into Big Cap Day! See what his chances are...

Trainer John Sadler has had the magic and the runners these past 3 years, in what has affectionately been called “The Big Cap.” Accelerate, Gift Box, and Combatant all acquitted themselves well by scoring the top spot. Now, the race that changed everything with a major purse restructuring when Thoroughbred racing was in its heyday, is once again renewing its legacy. With Sadler not entering this year, will a trainer emerge that has never won this race? Of the conditioners in here, only HOF-er Richard Mandella can say he has won “The Big Cap.”

Now, let’s find out about this field.

Aron Wellman, who heads up Eclipse Thoroughbreds does everything with excellence. The Team sends this accomplished 4-yr-old into the Santa Anita with high hopes. Trainer Mike McCarthy continues to have a nice year, and it looks like he has this one right where he wants him. The last time his colt visited “The Great Race Place” in the Malibu (G1), it ended up as what many tabbed as a poor performance. My take on that race is it did not setup to his liking—against Charlatan. A poor start did not help. Last out in the Pegasus World Cup, he gotten bitten again by a controlling frontend burner in Knicks Go. After facing the Saudi Cup favorites who both failed, I don’t see why he couldn’t win this race with Flavien Prat aboard again. Major chance… class, speed, and maybe this time, a better spot to run in at this distance.

The undefeated Brendan Walsh 1 1/16th route specialist is something else. A son of Street Sense, he sure has made his sire proud. Godolphin thinks pretty highly of him too because they are bypassing the Dubai World Cup to come out West for the “Big Cap.” It is a good move. He is talented, after running a series of masterful races at Churchill, Keeneland, and the Fair Grounds. I want to see how he handles shipping, and if he can go hoof-to-hoof with the likes of McCarthy’s #1. Florent Geroux is flying out to ride, since he has become a “regular” for the colt. Smart… If this runner can best the best in this race, he will be making an authoritative step forward. Are we looking at a Breeders’ Cup Classic entrant, who will continue to gain in maturity and ability as 2021 goes on… you bet!

Last out in the Pegasus World Cup, Eric Kruljac’s colt by Cairo Prince tried his best against a strong field. Finishing a distant 12 lengths back from winner Knicks Go wasn’t a dark mark; rather sometimes you are just up against it. His class isn’t poor either; it’s just different when you run primarily out in SoCal. I am not sure this Kruljac’s entry has what it takes to succeed against say his gatemates to his left, but you never know. If Mike Smith can work out a trip, he still has major form over this track to at least hit the board. That effort in the San Antonio (G2) when he was 16/1 was excellent. Channeling that from back in December might be in order. I bet after that turbulent trip to Florida, he is glad to have his hoofs firmly planted back in California.

John Velazquez is in town to ride in the San Felipe (G2), but Trainer Dale Romans was able to wrangle him for this spot. I am not sure if Johnny V has the ability to make a difference when it comes to getting this one home. However, he is a HOF jockey. The issue here for this son of Curlin is class, and he simply does not have enough. Sure, he came in 4th in the Clark (G1) back at Romans’ Churchill base in late November. Still, he hasn’t had a win since an ALLW race in September. More to do here, and it probably will take the effort of his life.

This son of Union Rags is a special horse with a great versatile ability. He can go short or long… That will be useful against this lot, especially considering it is 1 1/4th. 3rd off the shelf for the accomplished Shirreffs, it looks like he took a similar tack to the #1—run in the Malibu, then went longer next out. The difference is, instead of heading to Gulfstream Park at a Grade I, this runner stayed put in California running against a couple of foes that are also drawn in here (#6, #7). That was a purposeful move by this adept trainer, and might end up paying off. We shall see…

Richard Baltas is employing a jockey who knows something about “Big Cap” victories. Joel Rosario has won the past 2 installments of this race, and is of course, looking for another one. This 4-yr-old son of Curlin has ability, and the speed figures to back it up. Going longer in this spot should not be an issue, considering his bloodlines, and that effort last time in the San Pasqual (G2). However, winning in this particular spot will not be easy, especially considering this company. Rosario’s ability can be a major asset though, so do not underestimate him because he will make you pay.

Trainer Richard Mandella has major ability over years of experience. That matters in a spot like this one, but it also takes a horse with the ability to game with the best of them. I am not sure if this one pace frontend burner has enough gas in the tank to make it the 1¼ he is going to need to see this one through. This is not going to be the San Pasqual (G2) or the Tokyo City (G3). This is the “Big Cap,” and it requires strength, stamina, speed, and probably more than jockey Drayden Van Dyke can provide. This is a nice colt, and should continue to make an impact on the dirt at distance over 9F, but I don’t think he will be able to bring another Santa Anita Handicap home for Mandella.

I am not sure if the word “empty” really describes the effort of Victor Martinez’s colt last time in the San Pasqual (G2). All of us were rooting for these connections because who could forget how this horse captured the imaginations of fans after that splendid victory in the Tampa Bay Derby (G2) last year. Fitting that this son of Uncle Mo is going to run on the same day, just a year later, of that signature win. My hope is that “King G” can get back to running the way he was through the Arkansas Derby last May. When trainer Juan Carlos Avila was forced to scratch him because of a fever days before the Sept Kentucky Derby, it was heartbreaking for this former MLB All-Star and his family. Coming back in the slop in the Cigar Mile (G1) was extremely tough, so maybe the move to SoCal will yield promise. If Abel Cedillo can get a better response this time around, then there is no doubt that this colt has the ability to return to the Winner’s Circle.

Join us Saturday for all of our selections! Should be a great set of races from “The Great Race Place!”