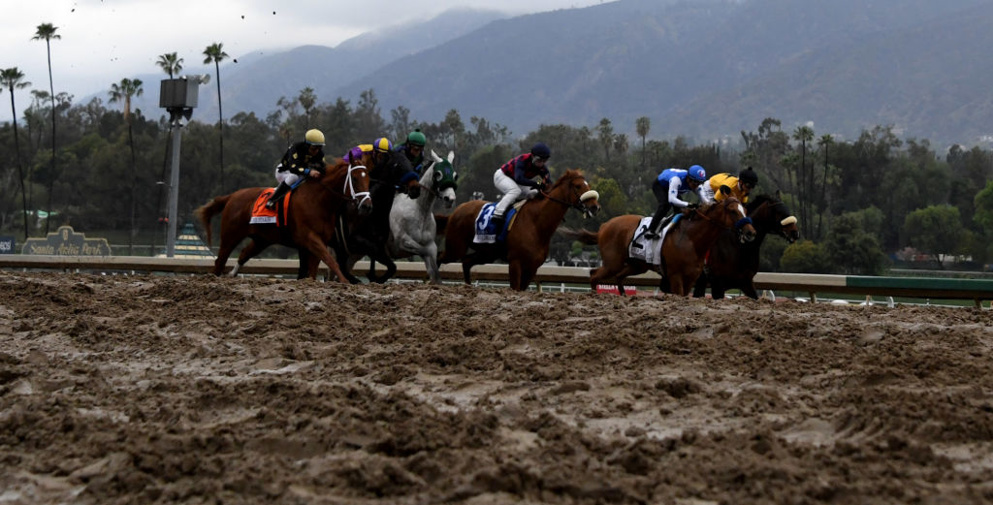 Another Santa Anita Saturday is headed your way! It is the start of Gold Cup Weekend ... have a look at what is in store for today's slate of races.

As Gold Cup Weekend arrives, our turf-man has you covered today at glorious Santa Anita Park with all of his selections, and an analysis of the Pick 4.

This time around, in order to maximize profits, he is taking a swing at the late one (Races 6-9). It should be a rousing good time, and the chance to enjoy the Memorial Day Holiday!

The 1st Leg of the Late Pick 4 sequence lands us in the middle of a tough Cal bred contest at the AOC20k level. Eight will go in this 6F sprint on the dirt, and I would expect this to be a competitive affair. On top, I like the idea of tabbing Ryan Hanson’s Teton Valley #3 as my best selection. If you look at the weight disparities between the jockeys, you are getting a heck of a reduction with apprentice Emily Ellingwood in the irons. That makes a difference if you think about running with weights! How would you like to run a sprint with a 10lb. barbell around your waist? This colt out of Tapiture has some quality efforts under his belt which date back to last year. He could easily win this race. Just in case the young jock cannot get him home in time, I also want to include Mark Glatt’s Scary Fast Smile #1, who has never missed the board in 6 races. That is a record to get behind, especially with veteran Tyler Baze aboard. The gelding has worked well since his last race in late April. These 2 form a nice 1-2 punch to start our ticket.

Here is a mighty short quad who will be going the distance on the grass at Santa Anita. We have quite the SoCal highlight reel in United #4 for trainer Richard Mandella. This 6-yr-old gelding out of Giant’s Causeway is a specialist in these parts. He has not finished 3rd or beyond in a race in this region since September of 2019. An impressive feat, to be sure … though some might beg to differ. Is turf racing up to scratch in these parts? Hmm … talk amongst yourselves on that topic. I disgress, as n aged relative used to say. Back to Mandella’s star, in the BC Turf at Keeneland he looked pretty average against the Euros, coming in 8th. Once again, he is going to be tough to beat, especially with Flavien Prat aboard. If there is opposition then that task is going to fall to Phil D’Amato’s Red King #3. The 7-yr-old vet has more than just experience for his conditioner; he also looks nice and rested for the time of year. I am hoping that Umberto Rispoli can catch his opponent napping in the end by laying back, waiting to strike. Last year, in the Del Mar Hcp (G2) that was precisely what he did, and the result was a signature win by just a head. I am going to spurn the heavy favorite, and go with the son of English Channel. Maybe those bloodlines, his latest works, and the brilliant riding of Rispoli can make this a great “Single.”

Another short field is drawn for a stakes race, and this time around we have the arrival of Bob Baffert to the stage. He has a pair of entries in Magic On Tap #4 and Eight Rings #5. Both have some ability, but honestly, I am not “wowed” by either of them. The former ran a distant 4th in the Californian (G2) last time out at 1 1/8th, and just looked worn out, finishing 4th, 23-lengths back. Maybe the cutback in distance will assist … and we know Baffert’s staff has the ability to train them up well after a big loss. As for the other, this colt out of Empire Maker is a streaky type who looked awfully good in 2019. His efforts in 2020 (only 2) though were something different. At Oaklawn and Saratoga, he missed badly. Coming off the bench in this spot will not be as easy as one might think. In other words, this one looks vulnerable too.

Looking elsewhere seems to be a good plan. For my money, I am bullish on Peter Eurton’s Shooters Shoot #3 with Umberto Rispoli getting the call. In an OC62.5 last time, the gelding won in fine fashion from behind at Santa Anita on 24 April. That was a solid prep for this spot, and who doesn’t like to see one going up the ladder like this? Rispoli continues to expand his riding prowess, and I am hoping this one remains around 5/1. Adding in Eurton’s other entry, Exaulted #1 makes sense too, since he was game in the San Carlos (G2) back in March. To round out my threesome, what about including Lambeau #2 from the barn of John Shirreffs? This one is apparently a frontend engine-type, and that could be a valuable weapon in this spot. Edwin Maldonado is a sneaky veteran rider, and do not count him out, ever!

We arrive at the finale with some options in our pocket, and by that, I mean we can go deep. I intend to, especially because this turf route is no piece of cake. When you end up on the grass for the last leg, then expect the unexpected. I have seen so many get to this point with a horizontal wager ticket in hand, and not be able to cash it because they could not afford to hit the “All” button. I am not going to make that mistake. “All” it is!

As far as a top selection goes, I like Warbird #3 from Mike McCarthy’s midst. Out of Declaration of War, these types are excellent on the grass. Jockey Rispoli’s rep on the lawn is without question, and the colt can improve off a similar 3rd place finish from last time. A homebred for Pam Ziebarth, I like this one’s chances, and will probably be betting him to “Win” as a side wager. Too good to pass up!

“The Great Race Place” is where it’s at this Saturday! Enjoy some SoCal racing at its finest!

Opt-in for the ROTW Bet Back offer, only required once for all eligible races. Get your bet back if your horse runs second in selected international races, max refund of $10 per race. T&Cs apply. ALL RACES at the following tracks:  Wednesday - Happy Valley (Hong Kong), Friday - Rosehill (Australia), Saturday - Newbury (UK), Sunday - Fairyhouse (Ireland)