Santa Anita Picks: O'Neill's Mackinnon a Single in the LP5 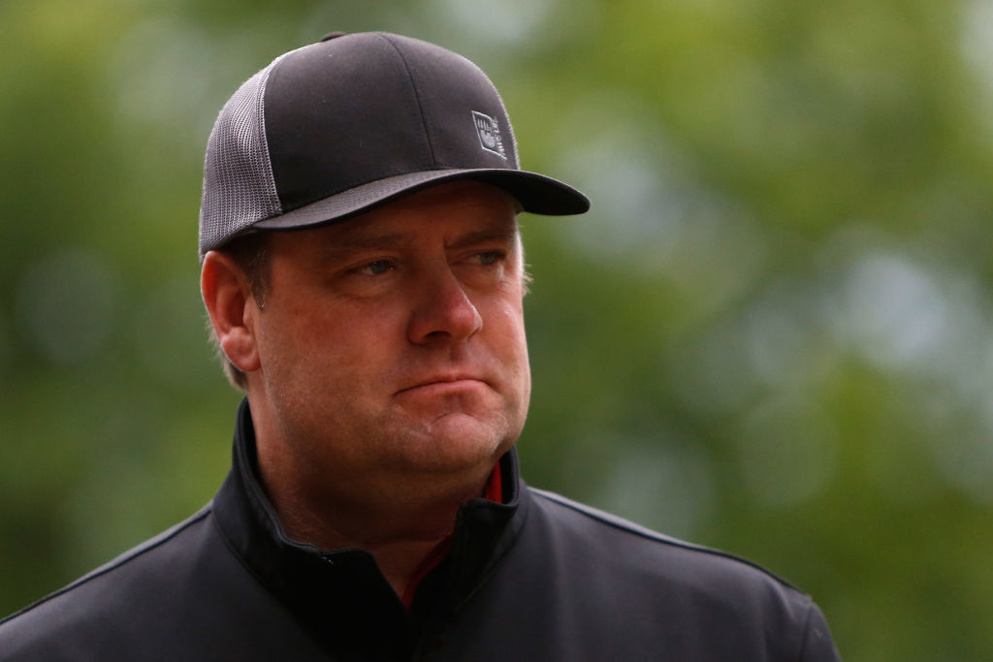 Santa Anita is racing on New Year's Day, and Doug Neill has a "Single" on J.N. Campbell's Late Pick 5 play! Check it out!

Opening Day at Santa Anita is in the books, and once again, the SoCal track is open for business. A week of rain, on and off, was something the track struggled with, but we are probably going to be fast and maybe firm on Saturday. It is a strong 10-race card, top to bottom, and the Sham S. is part of the Late Pick 5 sequence. A KYD148 Points race, it should provide some nice drama. Check out J.N. Campbell's LP5 play below!

Kicking this sequence off on the Hillside Turf Course is a staple early on during the SA Meet—the Joe Hernandez S. Obviously, Mark Glatt’s Beer Can Man #1 is going to be a popular selection, not only because of the name, but also because he is a 4-yr-old sprinter through and through. Ever since he came to this barn and won at a big price in the DeMile (G3) @DMR, he has continued to be steady. With Flavien Prat riding, Little Red Feather Racing is hoping for a nice score. I do not like the inside post at all going down, and so I am going to look to use the field on this ticket. Most of the money will flow towards Glatt’s entry, so I want to take advantage of that … maybe I will get a price! Let’s go!

The KYD148 Points race out West is this one, named for a former foe of the great Secretariat. Up for grabs … 10-4-2-1, which can be applied to a ticket to Churchill Downs. Bob Baffert’s entries, Newgrange #3 and Rockefeller #4 are excluded, but they can, of course, compete for purse money. I am going to spurn the HOF trainer because I am not afraid of what he is bringing to the post. Instead, I much prefer Doug O’Neill’s Mackinnon #1. Switching from “running” against Appleby’s Modern Games in the BC Juvenile Turf (G1) to this race might seem like specious reasoning, but it is not at all. John Sadler proved last year that a colt can make the adjustment quite well. Do not forget that this 3-yr-old is by American Pharoah, and he is up to take on this short field. It is a “Single” for me … trust in the riding ability of JJ Hernandez!

A typically tough turf race on the docket, this year’s Frankel S. continues that tradition. After a survey of the form, I am pretty interested in taking a shot at Richard Baltas’ Luck #7. I know the 5-yr-old mare has posted some game efforts in a pair of “G” tries. They were both “place” finishes, and most will expect her to finally win her US debut. I will use her because she gets Flavien Prat, but I much prefer the uncoupled entry from Mike McCarthy’s midst. Moraz #4 and Global Brand #6 will be ridden by some SoCal lawn jockeys that know their business … JJ Hernandez and Umberto Rispoli. I am not saying that is a reason to bet them, just that it is worth mentioning. The former is an Oaks Trailer runner from last year, while the latter built some nice class … 1st @GP, then @DMR/SA. Both of these McCarthy-ites look like they will be suitable prices, and their conditioner’s ability is without question. Moving on …

Moving right along towards the back half of the sequence, we find ourselves in a tough MT fight with older females coming out of their corners. Of course, Bob Baffert comes in with a strong hand. Velvet Slippers #4 with Johnny V aboard, and As Time Goes By #6 with Flavien Prat, are both logical, especially considering they are trained by such a well-known conditioner. The latter is laden with class, and for that reason, I think she will be my “Single” in this spot. I do not think she has many weaknesses coming off a win at Los Al in the Bayakoa (G3). I know she will end up being a short price on the board, but I can save some major cash … it is going to be needed in the nightcap.

I am thankful I saved my pennies because this Cal bred sprint on the grass is not going to be an easy call. You could go in several directions, and I would not have the guts to “Single” here in the last. Out of this “Baker’s Dozen,” I am pretty keen on Richard Baltas’ Brix #2 that is owned by Slam Dunk Racing. By Twirling Candy, the gelding is steeped in turf experience, and that sire tells me that he is ready to take to any green condition. Umberto Rispoli is a strong presence in the saddle out in SoCal @SA, and I am sure he is in for a good Meet. Let’s use a few others that should help us get this ticket cashed … What about the ability of Mark Glatt’s Aligato #4? Kitten’s Joy is a Ramsey sire that set the Thoroughbred world on fire. Even though the “R” Farm cannot keep the lights on too often, this one has promise after 3 career efforts, all on the turf. The gelding has a SA win on their course too! I am looking to go 6-Deep in this spot, so with 4 other spots open here are the remaining selections: Gary Stute’s Rifey #5, Bob Hess’ Riding With Dino #7, John Sadler’s Crossword #10, and last but not least, the boxcar-priced Me Likely #9. Trained by Milt Pineda, my shot of the day looks to score at a massive price of 30/1. Wouldn’t that be something with Fukumoto Daisuke aboard? Those 6 should form a nice pack!

Enjoy Santa Anita! A Saturday trackside at “The Great Race Place,” nothing better! Be sure to follow us on Twitter @Horseracing_USA …