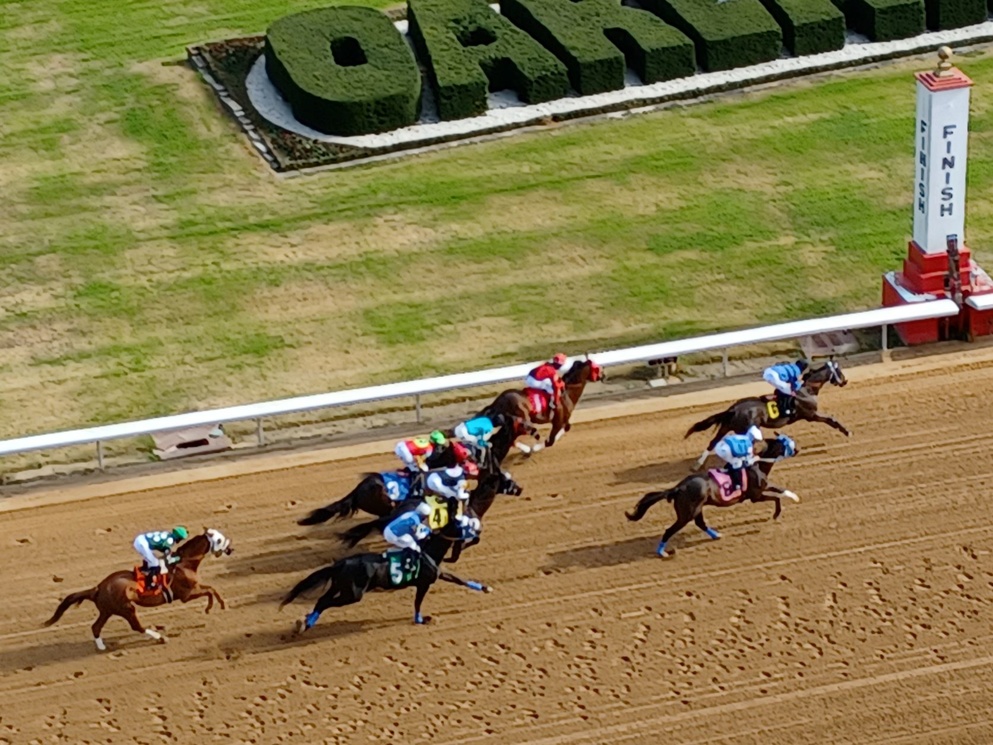 The Grade 3 Southwest S. @Oaklawn Park is scheduled for this Saturday. Check out this preview below ...

Meandering along the “Road to the Kentucky Derby,” it is just a must… a must, I say … to make a stop through Hot Springs and its celebrated Oaklawn Park. This Saturday, on the line are Derby Points; 10-4-2-1, to be precise. In the past, the Grade III Southwest Stakes has formed the 2nd Leg of a funnel that leads to Churchill Downs (The Rebel (G2) and the Arkansas Derby (G1) follow). Last year, it was Brad Cox’s Essential Quality who routed through this race, which was initially postponed due to weather. In the end, we all know how the Godolphin 3-yr-old fared the rest of his 2021 campaign … it was stellar with wins in the Belmont and Travers Stakes. Now, the race has been moved up into late January, in order to accommodate a revised schedule. Time to anoint an heir apparent!

One of 7 alums from the Smarty Jones S. 250k that is back for another try at some KYD148 Points. In that race, Dallas Stewart’s charge took quite a bit of money. Though the colt by Will Take Charge fought for the lead (breaking from Post 13), he faded as the top of the lane arrived. Clearly, his level of fitness was not where it needed to be. A sloppy track could have also contributed to the rough go in the end. Whatever the case, after a couple of works, Stewart has the chance to redeploy. Sticking with the veteran Jon Court … we will see how this Willis Horton-owned runner responds. I still believe …

The victor of the Smarty Jones S. is this member of Kenny McPeek’s outfit. Looking back, it makes sense that the colt by Munnings would run on nicely. After all, he broke his maiden on debut at Oaklawn in early December. McPeek had him ready to roll, and he brought home 10pts. Now, it is time to see if he is the real deal. Once again, David Cohen, who hasn’t received a ton of exposure on the national stage, hops aboard for a 3rd time. His mount’s best asset? Those late gears which provide breakaway speed … Probably considered one of the frontrunners on the tote come Saturday. I am not totally convinced.

Trainer Phil D’Amato’s reach extends behind SoCal. He has entered at Oaklawn before, and will do so again. This colt by Cross Traffic sprinted well over at Remington before joining D’Amato’s crew. Coming to Oaklawn was a big step, and there is a reason he was 23/1. He ran like it … finishing 12th, 10-lengths back. Now, the barn is hoping that he can muster enough strength to turn in a much better performance. Adding Ramon Vazquez, that could assist. Spendthrift Farm, where Cross Traffic stands, would sure like to see his offspring score in a Grade 3. We shall see …

Trainer Chris Hartman is an accomplished conditioner, and his mid-sized stable is always ready for action. In this colt’s 1st race under his new manager, the son of Lea was superb in a $150k BT @OP. He did most of his running late in the game. Jockey Francisco Arrieta (who retained the mount) put him into position at the top of the lane … it was all systems go. However, the response just wasn’t there. Ending up 4th was a disappointment, but that doesn’t mean that there isn’t talent here. One to watch, I think …

Gun Runner … maybe the hottest sire in America right now … Steve Asmussen trains this young, lightly-raced Winchell homebred. The last time we saw this colt was in the Breeders’ Futurity (G1) at Keeneland. He was not too sharp that day, and evidently his odds of 26/1 were appropriate. The major question is, just how much has this one matured over the course of 4 months? The HOF trainer has a strong operation when it comes to getting them ready … Major questions remain though …

A talented gelding, trainer Ron Moquett sent his charge over to Oklahoma City to complete in the $400k Springboard Mile right before Christmas. The offspring of Tapiture ran well, even though it was a loss to Saffie Joseph’s Make It Big. Moquett is an accomplished conditioner, and he has a good one in his midst. Julien Leparoux will not be aboard though (in Florida), he is being replaced by David Cabrera. That move is an interesting one, and we shall see how he chooses to ride this one. You can bet Moquett has a plan … this one is a player.

“Coach” is one of the all-time greats in the sport of horse racing, and he keeps moving the ball forward. Here is a colt by Nyquist that looks to be full of promise. He hit-the-board right at the end of the Smarty Jones S., which was impressive considering the circumstances—31/1. Luis Contreras gets the call once again, and if there is a “sleeper” in this race … this colt is it. It would sure be great to see a Lukas runner get back to the Derby … for one last hurrah.

If there is a rising star in this group of 3-yr-old colts at Oaklawn, then a son of Race Day might need to be near the top of the list. Trainer John Ortiz is running well at the Meet, and when he gets together with Ricardo Santana, they make a formidable team. This one is probably going to be my top selection, especially after his past pair of races. Running 2nd to McPeek’s winner in the Smarty was technically a miss, but you cannot fault the effort late in that contest. I think turning to Santana is a brilliant move, and this rider is back on track. What a return from the depths of despair, and this mount is a real deal class elevator!

At Remington Park on 17 Dec. it looked as though Steve Asmussen, that track’s leading conditioner, was set to sweep the major stakes races on the Closing Day program. It was not to be … Stewart Elliott tried to put his charge in the proper place, but the Classic Empire colt just did not have enough in the tank. Back in training since that 4th place finish, Asmuseen has him recalibrated, and this one could be overlooked on the tote. Sometimes when you have an uncoupled entry, one of the runners falls by the wayside. Maybe this is a comeback race, with Martin Garcia in the irons. I do not know if he is the man for the job …

There are invaders when it comes to KYD Trail races, and then there are those trained by Bob Baffert. Here is a colt by Violence (Baffert trained him too) that looks to be on the make. The SF, Starlight, and Madaket consortium are fine with this one going east to seek his fortunes. In 2 attempts (DMR/SA), he was very tough, moving from a 6F MSW70k to the Grade 3 Sham. Frankly, he made it look easy with HOF jockey John Velazquez aboard. He comes to Hot Springs looking to make it 3 in-a-row. If this field lets him control the pace up front, there is a distinct possibility he will win, even if Baffert cannot collect the Points. There is some ban … or something … isn’t there?

The Puhich Barn has a young and inexperienced runner heading into the fray. Last out, this gelding by Malibu Moon won by running out on the engine in the mud at Oaklawn in a MSW84k event. He almost got beat at the wire, but somehow found a way to hold on. I think that even with the riding ability of Geovanni Franco, it is going to be a tough ask in this spot. Hope springs eternal on the Derby Trail … it is Hot Springs, right?

Asmussen, Baffert, Lukas, Moquett, McPeek … all we need is … yes, you guessed it, Brad Cox. The Eclipse Award-winning conditioner has come to play … not to be outdone. Here is an experienced Shortleaf Stables homebred that could not take the leap from MSW/ALLW Co. into the stakes world. The KY Jockey Club (G2) was a bust at Churchill, but in his defense, he did rally nicely in the Smarty—5th. Cox adds blinkers, puts Florent Geroux back at the controls, and the colt has worked a good tab in the mornings. The fact of the matter is, he may not have the talent to hang with this bunch. This is Cox though, and he fights. Never underestimate him … proceed at your own peril.

Join us Saturday for all of our selections! Should be a great set of races from Oaklawn Park! Be sure to catch us on Twitter … @Horseracing_USA !!!