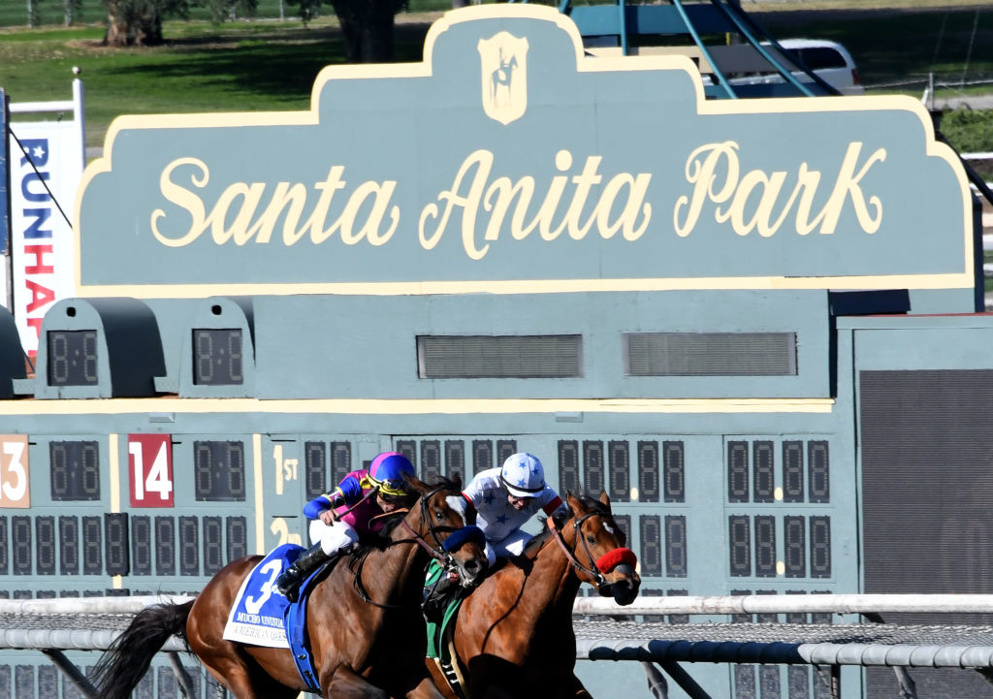 The west coast swing of the 2022 Road to the Kentucky Derby kicks-off on Friday as Santa Anita opens their fall meet with the Grade I American Pharoah Stakes.

Bob Baffert has three juveniles set to take to the track on Friday for the Grade I American Pharoah Stakes on Friday but none of them are eligible for Road to the Kentucky Derby Points.

With that being said, he has probably the top two choices in this race. Quality Road colt Corniche drew the inside rail and any two-year-old that puts up a 98 Beyer on his debut is going to get plenty of chatter. He did that whilst breaking his Maiden early in September at Del Mar and anyone that saw that race will just see extreme potential. He’s a big, fast, strong horse who already looks like a monster. It would be a shock if he didn’t go off as the favorite come Post Time.

If he doesn’t then it’ll be stablemate Rockefeller. He broke his Maiden the week before Corniche but he looks more like a prototypical two-year-old, bags of potential with plenty of room for growth.

The third Baffert horse is Flying Drummer who has two second places from two starts. Another nice looking horse, this time out of multiple Grade I winner Gun Runner. If you are a Baffert disciple and wanted to play a trifecta then you could easily justify doing that with his three horses in this race.

Away from Baffert, I do like the Kent Desormeaux trained Oviatt Class. The Bernardini colt has improved in all three of his starts including beating Flying Drummer last time out. He’s likely to offer the best value in the field.

Pappacap is the only Graded Stakes winner in the field but he struggled in the Grade I Del Mar Futurity last time out and failed to hit the board. Mark Casse has sent him to the west coast early with an eye towards the Breeders’ Cup Juvenile but he has more questions now than he did a month ago.

Finneus is likely to be the outsider and this California-bred two-year-old has outrun expectations every time he’s run. He’s shown plenty of stamina and has the ability to rally late. He finished second in both the Grade II Best Pal and Grade I Del Mar Futurity. If you like huge value then you could do an awful lot worse.

Another State Bred colt is Joker Boy who has won both his starts but has yet to take on any non-Californian horse. He’s my outsider.

Both J.N. and I will be back later in the week with our picks ahead of the race as we start the long and winding road to Churchill Downs. This race is of course also a ‘Win and You’re In’ race for the Breeders’ Cup Juvenile.