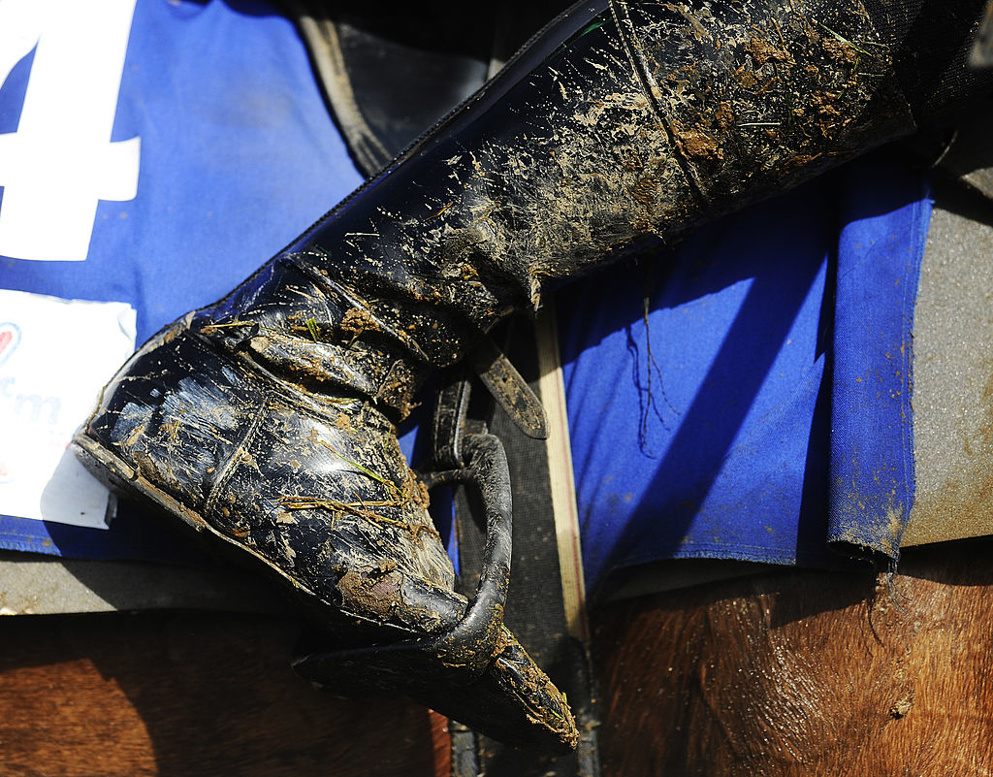 With rain in the forecast on Long Island in New York, plan accordingly when you are handicapping. J.N. Campbell has you covered with this review, plus all of our free picks.

The call to the post is coming ... NYRA’s Aqueduct Racetrack has their Winter Meet moving right along, despite some rainy and cold weather conditions. The Derby Trail is heating up there with the Gotham S. (G2), and the Wood Memorial S. (G2) slated to run in March and April, respectively. Plus, all of the other NYRA stakes competition ... Today, we have 9 races for your betting pleasure ...

Everything was going along splendidly for Gary Sciacca’s filly by Hard Spun, but for some reason, she didn’t like jockey Dylan Davis. He was summarily ejected after she broke from the gate in her 1st shot at “Non-G” competition. There is nothing like a sport where a human and an animal fuse together as one … and then, they aren’t. Now, Davis and this filly come together to try and notch another victory. Based on her recent form (before the DQ), she was superb switching from turf to dirt. Expect better this time around … a logical winner.

Trainer Karl Grusmark is not a household conditioning name you might be familiar with, but he does have 14,212 starts over the course of his career, and his earnings come to over $20 million. He has a 4-yr-old filly by Violence that will be breaking from an outside post. The last time this one ran, it was in ALLW Co. back on 11 Feb. Jackie Davis was super, guiding the 47-1 shot into a “Place” position in the end. That effort was something to build on, and I am looking forward to seeing this female try for her 2nd career win. As for Davis, she is proving once again … female riders are just as good, if not better, than male ones.

Here is a 1-turn affair at the OC level that is for open company. With 9 breaking deep within the chute, I am sure many a bettor will take a hard look at the Falcone Barn’s Red Revolution #3. The former Terranova runner was a claim, and the gelding’s new outfit promptly dropped him down into an MC20k event at Aqueduct earlier this month. He didn’t disappoint … winning on the frontend by a whopping 12-lengths. By Texas Red, this $10k horse is trying to jump up the ladder. Even with Kendrick Carmouche, he is going be up against some tough customers. Instead of backing this climber, I am much more interested in a pair of others. Bruce Brown’s Parx-import is intriguing … he picked Silipo #9 back up this month. This gelding by Candy Ride (ARG) has great potential, and even though he caught an easier field last time, that doesn’t mean he is not talented. Brown trained him before and ran him at Aqueduct at this level back in late January. Trainers shuttle their stock to other conditioners, especially when they do not travel outside of their own locale. Having Luis Rivera come along is also a solid plan. I think this 3-yr-old has caught a particularly easy field this time around, and should be able to take advantage of the situation. The other horse that looks promising is a class hiker called Good Skate #8. The Black Sheep Squadron Racing Stable owns this gelding by American Freedom, and he broke his maiden last out at Aqueduct at a very short price. Going 7F then, he will not be extending too much in this race. Rudy Rodriguez is always a competitive trainer, and he pairs with Jose Lezcano. I think it is time to test some deeper waters. A horse that is bred by the former governor of Kentucky, Brereton Jones, has to be a good one! Let’s use all 3 of these entries in a Trifecta Box ticket for a score!