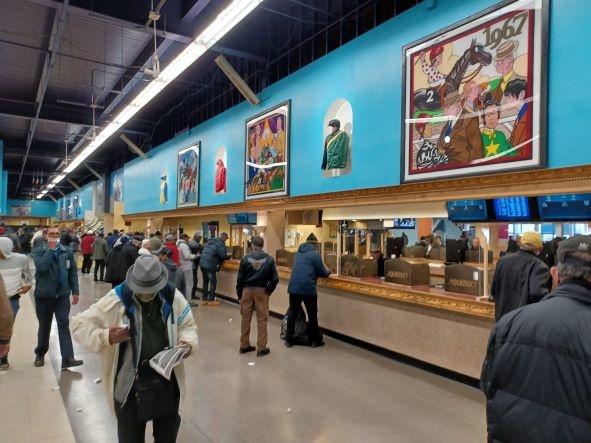 Time to head to the window! Aqueduct Racetrack has a great card on Sunday, and it should be a place to make some cash! Check out these free picks from J.N. Campbell below ...

As for the Derby Trail, it is coming to a head. After last month's Gotham S. (G2), the Wood Memorial S. (G2) is just around the corner. Plus, do not forget all of the other NYRA stakes competition that is coming as well. We have 9 competitive races scheduled for today, so enjoy!

Trainer Rudy Rodriguez always sends out some stout runners, and this filly by Keen Ice is no exception. The 3-yr-old got her debut out of the way back on 26 Feb., and even though she missed the board, I like her coming back into the same spot. A strong rider in Trevor McCarthy gets the call, and I am expecting this filly to break her maiden … Those works of hers look solid for Lioni Racing Stable. What a cherry on top for these winning connections!

Here is a 6-yr-old mare that belongs in this group, and she just needs a solid set of fractions that she can control up front for trainer Ray Handal. He owns this one, and as a claiming trainer he can compete with the best of them. His stable continues to churn out winners, and I would not count out the ability of Jalon Samuel. This young man is getting better and better, and Handal trusts him to get the job done! The price will be right at 8/1, or it could be even higher.

The “spotlight” on this Sunday will be on a mix of female runners that will be burner down the backstretch. From my vantage point, HOF trainer Steve Asmussen has the inside track with his classy Bernardini filly. Even though Velvet Sister #1 has not been seen since last October, some bettors will expect her to be ready to fire after a number of NYRA “Non-G” contests that she fought through in the fall. I want no part of a runner that is 6/5 on the M/L, and is coming off such an extended break. Even with Jose Lezcano at the controls, that is not a good deal … Looking for some value elsewhere, I am much more impressed by Oscar Barrera’s Jen’s Battle #4. Owned by Gagliano Stables, this mare by Declaration of War is going to try this kind of company once again. It wasn’t that long ago that she was in ALLW-type races at Finger Lakes and Belmont. Expert rider Jackie Davis will get the call once again, and she is just on fire when it comes to getting long shots home. I would not count her out! One other entry that I want to use is her brother’s mount … Louis Linder’s Peak of Chic #6. Dylan Davis just won the riding title during the AQU Winter Meet, and he and Jackie were always on “live” runners it seemed. This Parx runner has some good efforts on his form, and I like the move to come to a NYRA course. The daughter of Texas-based Competitive Edge will be overlooked, despite the fact that Davis will be guiding her. Here is the bet … what a chance to cash a major ticket!