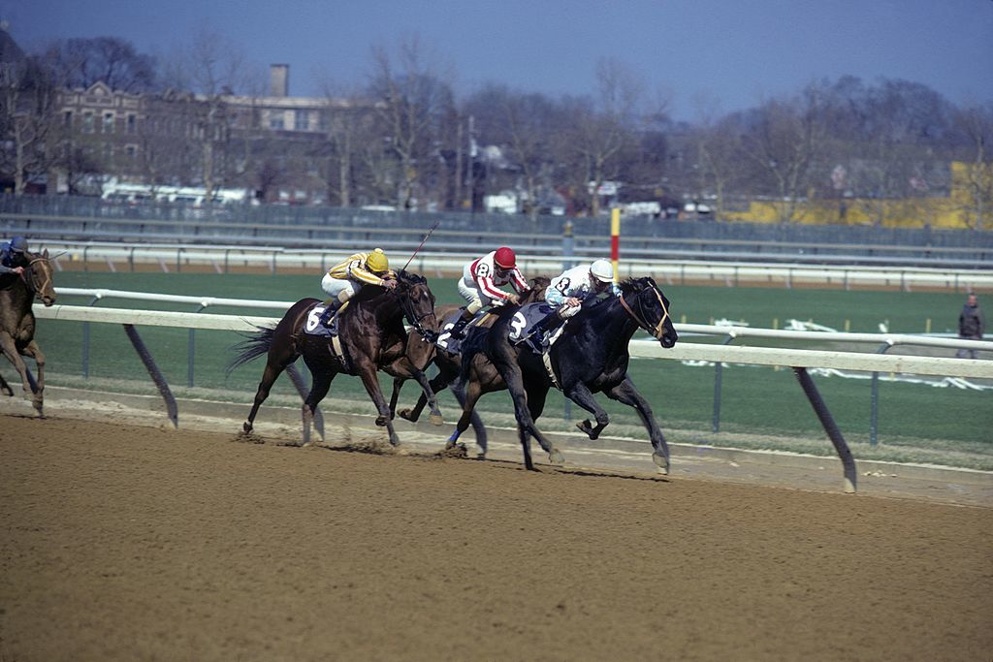 After a blockbuster Gotham S. Day, we come right back with a Sunday card that should be one to bet on ... Check out these selections and some specific analysis!

The Winter Meet at Aqueduct Racetrack has less than a month to go ... Hopefully, the weather conditions will continue to improve in March. Now that the Gotham S. (G2) is in the books, that means that the Wood Memorial S. (G2) is just around the corner. Don't forget about all of the other NYRA stakes competition that is headed this way ... We have 8 competitive races on tap today, and that includes the Heavenly Prize Invitational ... Enjoy!

Here is a 7-yr-old gelding that is in desperate need of a class drop. He is going to get it today from the barn of Rudy Rodriguez. Owned by Michael Dubb, it wasn’t all that long ago that this racer was up against some tough stakes company … how about the Woodward H.? Or the Jockey Club Gold Cup S.? Or the Suburban S.? Mainly running in AOC Co. of late, he now comes way down, and clearly, he is on the market to be claimed for $32k. I still think he is a good horse, and can do some excellent running. If I were up in the Racing Office, I would dropping a ticket in the box!

Trainer Orlando Noda has tried several times to get this “claiming” runner going … to no avail. Looking back at the year she had in ’21, a race like this one should be very doable. Her declining speed figs will be a turn-off to many, but I think she just needs the proper trip. If she can hit all cylinders, and catch a nice break, then she has a shot. I am banking on her odds floating up towards 6/1 or 7/1, and that would suit me just fine. The hot-riding ability of Trevor McCarthy is also welcome. Watch for the early pace to go to pieces … then it will be time for Noda’s entry to sweep in.

The “feature” on this splendid Sunday is a short field, but it could be a great betting opportunity. The Heavenly Prize is an “invite only” attached to it. I am sure based on the M/L that the Falcone Barn has the favorite in Maiden Beauty #4. This mare is logical because she comes back to AQU after recording a pair of nice wins back in December. Stepping up from an AOC into the Bay Ridge S. was impressive, and she bested a couple of “faves” in Ice Princess and Sharp Starr. Since that race, Ice Princess ran a dud of a race, which did not flatter this entry. The Bay Ridge challengers did not really take her on up front, and that is probably why she got the win. Looking elsewhere for some value out of the other 4 entries, I am actually pretty interested in Chad Summers’ Ontario bred, Truth Hurts #5. This mare has some quality back class to her, and even though she has not been seen since December at Parx in the Mrs. Claus S., I think she has potential in this spot. Drawn to the outside, she does most of her best running from off-the-pace. That might be a tactical advantage, especially if this group goes very fast right from the bell. In other words, betting a horse that is not a need-the-lead-type, sounds like a great plan. I know that a potential speed duel is going to happen, what with John Terranova’s Bank Sting #2 in the mix. Let’s go with Summers’ entry, and maybe she can sweep this field right at the wire! Here is the bet …