Aqueduct Picks: Spring Meet Opens with a flurry of picks on March 31 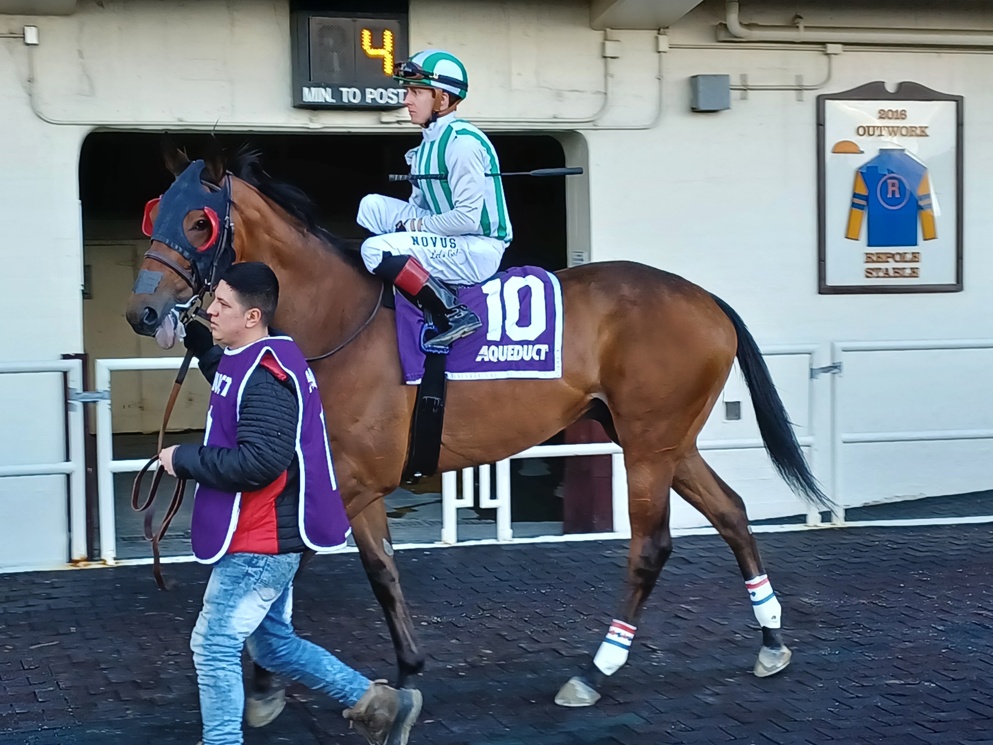 The Winter Meet gives way to Spring at Aqueduct … Jockey Dylan Davis won his 1st riding title, and is looking for more. See what mounts he has today!

NYRA’s Aqueduct Racetrack has their Spring Meet ready on "Opening Day" … and that means turf racing will return shortly once April arrives.

As for the Derby Trail, it is heating up, now that the Gotham S. (G2) now complete. That means that the Wood Memorial S. (G2) is just around the corner. Plus, do not forget all of the other NYRA stakes competition that is coming as well. We have 8 competitive races scheduled for today, so enjoy!

I am sure that this Jim Ryerson runner ridden by Manny Franco will get hammered at the windows. I don’t see 4/1 holding up because in the colt’s last race, just off-the-claim from Brad Cox, he ran-on impressively against OC50k open company. He might not be as short a price as he was that day, but you never know. Ryerson is a quality NY conditioner, and I would not be surprised if he takes this group of state breds to the cleaners.

Trainer Linda Rice has solid numbers off-the-claim, and even though her “win” record at the Winter Meet was not up to scratch, she certainly gave it her best … despite a multitude of “distractions.” I have not tipped many of her runners lately because they just do not seem that “live.” Here is a colt by … you guessed it … Mineshaft, that is dropping to a more appropriate level. The break in class is splendid, and we all know there can be a difference between Clm35knL3 and a Clm25nL3 … Maybe the difference will be reflected in the 2 results because the last time this runner was seen, he did not do well. The best news is that Dylan Davis gets the call, and his riding (much like his father’s) can be textbook … and at a high level. That’s how he made leading rider at the Winter Meet!

The “spotlight” on this Thursday card at Aqueduct is a tough nut to crack to start the shortened Spring Meet. The track set-up over the last week looked to be pretty fair to my eye, as I was alongside the rail for many of the races. Speed held when it needed to … and some closers were able to assert themselves at the right time down the lane. No golden rails to be had here, Andy Serling … In this spot, I particularly like the look of Ray Handal’s Rossa Veloce #7. This filly was against of a field of 5 others back on 4 March, and she ended up getting outkicked in the end—3rd. As you will see in a “Feature Story,” I have coming out next week, Handal knows how to recalibrate, and make the necessary changes when it is needed. This daughter of Girolamo is elevating at the right time, and she could be sitting on a big race. The young worker, Jalon Samuel gets the call, and Handal uses him regularly. A couple of other runners that are worth a look are Natalia Lynch’s Halo City #4, and Chris Englehart’s Eloquent Speaker #3. Both runners are owned by a single individual, but their prices on the tote will be very different. Lynch is still relatively new to conditioning on her own, but she is a quick study. This entry is her top earner of all-time, but she has only been a trainer for just under a couple of years. The mare by Commissioner has the chance to bounce back, especially after such a dismal effort against similar females back in December. She is a much better runner than that race reflects. As for Englehart’s daughter of Flatter, she is going to be well-bet because even though her last dash was less than stellar, her recent form speaks to something much different. Lynch actually trained this runner back on December off a claim from John Kimmel, and she almost won a “Non-G” against some tough state bred co. It will be interesting to see how well she runs against her now-rival trainer. Here is the bet that I feel most comfortable with …