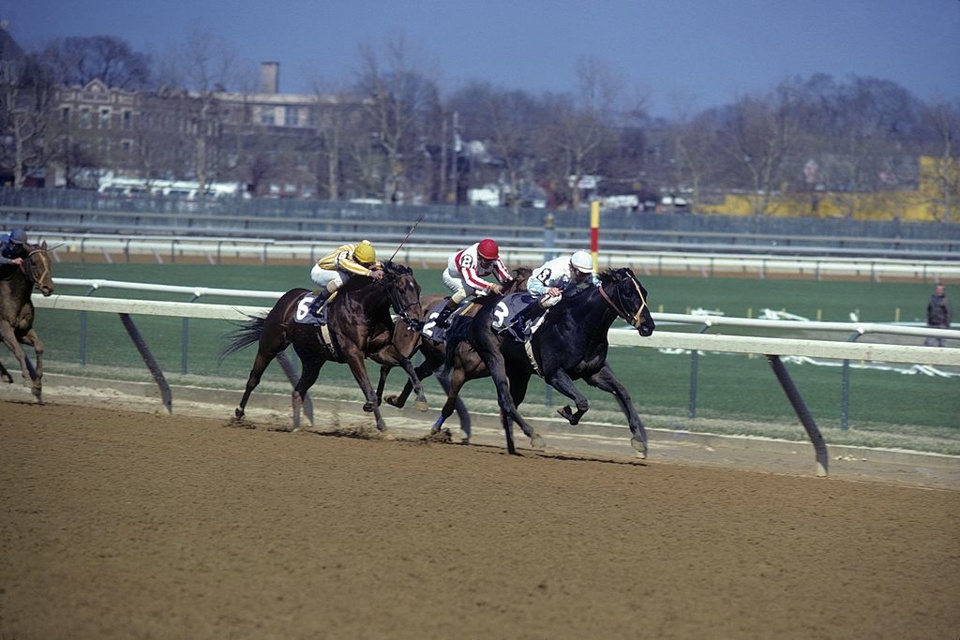 NYRA's Aqueduct Racetrack kicks off Cigar Mile Week in fine style ... check out these selections below.

The New York Racing Association is at it again ... Aqueduct kicks off another week of running. The capstone will be Saturday's Grade 1 Cigar Mile, which we will preview tomorrow.

If you're looking for picks elsewhere around the country this Thursday day be sure to check out our free Horse Racing Picks via the gold button below.

Back on 11 Nov. I thought that Todd Pletcher’s 3-yr-old colt by Empire Maker was “poised for a breakout.” In a high-level MSW80k race at Aqueduct he tried hard to make up ground late, but it was just too much to overcome. Though he finished 2nd, most will not think much of the effort. Yet, when we are taking about coming from off-the-pace on dirt … that’s more than just a simple challenge. Now, the homebred from Wertheimer and Frere is … yep, poised for a breakout. I think he breaks his maiden this time around, as his HOF conditioner goes “Blinkers On.” Another HOF-er, jockey John Velazquez, gets aboard again, and should help the process. Time for a “win,” and even at 8/5, that sounds pretty square.

The grass contests at Aqueduct are almost done, so you have to enjoy it while it lasts. In a spot like this one, I like a runner who maybe did not acquit itself too well last time out. That means this time around there will be some value to be had when it comes to the odds. George Weaver is a trainer who deserves respect, and he is choosing to drop this son of Malibu Moon into the Claiming ranks. That could prove profitable because his charge was up against some stiff competition at Belmont, Saratoga, and Keeneland, before coming to Aqueduct. “Moons” are not the greatest on turf, especially if they have a dam that wasn’t “flashy” either. Still, I like this one’s experience, and Javier Castellano is not too shabby when it comes to turf decision-making. He is not what he once was, but still … good enough. This one is a bet based on Weaver’s numbers at this condition.

A group of 8 turfers will be heading to the Outer Course at the “Big A,” and this one looks like a nice betting race. Of course, money will flow into the coffers for both of Chad Brown’s entries … Advise and Consent #6 (5/2) and Lonesome Fugitive #4 (7/2). Either of these uncoupled sorts could win … The former is making the classic jump from the MSW Division, and when the terrible trio of Brown, Klaravich, and Irad Ortiz get together, it is time to watch out. I want to use this one as the “key” horse, and roll the other Brown charge underneath, along with Jimmy Toner’s Caveat Emptor #7 and Christophe Clement’s Space Launch #2. This pair seems to be logical since they come from excellent barns. I am a little concerned about leaving Mike Maker’s Public Information #5 and Bill Mott’s Carrothers #9 off the ticket. The #5 is one of those “claims” that the Kentucky-based conditioner pulls, while the #9 is just off the boat from the UK. Using them in the “place” and “show” positions is a good plan too. What a tough little race this one has turned out to be. “Buyer Beware” does sound like something to consider … thank goodness I studied my Latin.